The Special And Moving Reasons Why People Play Casino 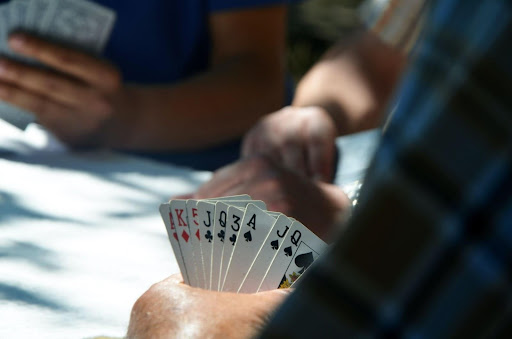 A common question that warrants curiosity is ‘Why do people gamble?’ What convinces people to play casinos despite knowing that there are more chances of losing money than winning is a mystery. There might be several reasons for this, such as the thrill of the unknown, best online casino bonus offers and promotion, an escape from the day-to-day grind, or philanthropic reasons.

Every individual has different situations and reasons for participating in gambling, but some very common reasons are observed over time.

Here we are going to delve deeper into some of the psychological reasons behind gambling:

1. To Experience the ‘High’ of Winning Big

One of the major reasons behind playing at any casino is the overwhelming desire to hit the jackpot and win big. This desire blinds people to the stark reality of their situation: they are losing hard-earned money at an almost impossible chance of winning. People get motivated by the win stories that are exaggerated for the sole purpose of baiting. They want to be the person who took a big risk by placing a large bet and got payback by hitting the jackpot. But more often than not, these dreams never come true. The blind optimism and the adrenaline rush misdirect minds into believing the impossible.

2. To Overcome a Financial Crisis

Another common reason behind gambling is people view it as an easy solution to their financial crises. The media presents gambling as a chance to win large amounts of money with very little input. This image of gambling leads people to believe that it is the answer to all their financial problems. In the current failing economy, debt, joblessness, and stacking bills are common. Most people indulge in casinos with the hopes of giving their very hard-earned daily wage and taking home double or even triple of that in return. Traditionally, this doesn’t pan out well, but some people still don’t lose hope and keep taking chances, falling deeper into the hole of addiction.

3. To Experience the Glamour that Ads Portray

Gambling advertisements traditionally illustrate gambling as an elegant affair. This is done to lure people under the pretence of a glamorous experience. People generally forget while watching these commercials that they are paid to entice the viewers. They portray casinos with beautiful people and even more beautiful places. This brand of advertisement is very mysterious. People are motivated by the story of someone who won millions and changed their lives. The commercials are catered in a way that makes people forget the low probability there is of actually hitting the jackpot.

4. To take a Chance on the Online Gambling Ads that Pop Up Everywhere:

Online gambling is a major contributor in getting people addicted to gambling since they offer the added benefit of winning money sitting at home. Gambling sites also lure people in through uncountable advertisements. Gambling Advertisements and commercials are all over the internet. They even exceed the news about technology, space or the latest Android Apps in Apple Trackers.

Be it the menial act of watching a video or buying something online, we almost always end up with a gambling advertisement pop-up. These advertisements emphasize the availability and simplicity of gambling. They advertise the presence of a support system to guide new users through any problems they might face during the game. The Anywhere, Anytime aspect of online gambling is a very enticing detail for millennials, and these advertisements exploit this endlessly.

Some people gamble to escape their daily routine and have fun while spending some money. Nowadays, it’s easy to stay anonymous online with the best cheap VPNs. At the start, it might just be for recreational reasons, but as time progresses, this might turn into a habit. Things will then start to turn for the worse as they might even have difficulty recognizing that their just-for-fun activity is now an addiction. If not controlled, gambling can turn the fun into the anxiety and depression of losing hard-earned money.

Some Other Psychological Reasons to Gamble

Lately, gambling has been associated with being in trend. Peer pressure and maintaining a personality are major reasons some people get into gambling. Gambling is also a popular new way to make friends and socialize. A little friendly game with friends can become a habit if left unchecked. Sometimes people give in to peer pressure and join in on a game so that they aren’t the ones left behind and missing out on the fun. Some join a game with their family members, unaware of the possible outcomes since they just joined a trusted family member. There are uncountable starts to gambling but only one end.

The common start behind addiction is a need to escape reality. Gambling is another such example. Gambling might feel like a haven for some people as it provides them with a means to avoid daily conflicts or problems. Avoiding reality can only be a temporary solution to a problem. When reality comes crashing down, as it always does, it might become too much to handle further worsening anxiety and depression with the added guilt of losing money.

Some gambling avenues advertise themselves in a manner that leads people to believe that whatever money they are spending finally gets donated to charities. This misguided belief renders them free of guilt for losing money since it’s ultimately for a good cause. For instance, some sites might imply that they are involved in philanthropic causes such as funding soccer teams or helping poor kids. This might make people continue gambling despite losses since they want to help the mentioned cause.

According to statistics, almost 26% of the world’s population gamble. Around 1.6 billion people bet globally, with 4.2 billion gambling at least once a year. In 2015, it was projected that there were 173 million players worldwide. The gaming sector is currently thriving, as shown by the data. The number of people betting is certainly on the rise, from live casinos in Canada to the online economy in Spain. Indeed, as we move forward, technological advancements such as mobile casinos, live dealer games, and, potentially, virtual reality are assisting in driving annual revenue to new highs.

Depression, migraines, sadness, and other anxiety-related issues are common among those who suffer from a gambling addiction. Like other addictions, it can lead to emotions of hopelessness and powerlessness if left unchecked. But if you gamble properly, there is no fear of all that.