Francis Odega Net Worth and Biography 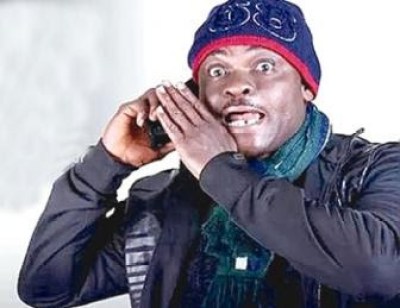 What is Francis Odega net worth?

Keep reading to find all information about him here

Francis Odega net worth is $1.5 million according to sources. Through hard work and dedication to what he loves doing, Francis Odega has recorded immense success. He is among the most successful actors in Nigeria.

Francis Odega Net Worth and Biography

Is there any one that does not know of this funny looking and humor filled actor who has starred in
various comedy videos and soap opera tilted “Clinic Matters”.Even if you don’t remember him for
anything, but that funny statement he made which many today still use to mimic him “Do me a favor
please, gerarahere for real”.

Mere looking at his face will leave you cracking your ribs with laughter.
Francis hilarious video clips made him popular on internet so much so that he caught the attention of
several foreign musician like 50 cent. Trust me, you will be thrilled to see exciting facts about the life and
net worth.

Francis Odega was born on June 11,1970, in Aniocha, Delta State. How time flies, the funny actor and
comedian has clock 51 years. He graduated from Ambrose Alli University with a degree in Economics.
This shows that some times that your wealth and success may not come from what you studied in
school, Francis is a typical example, from graduating as an Economics student to becoming a comedy
actor.

Read Osita Iheme net worth
Francis Odega began his comedy career in 1996 when he was always dropping short comedy skits and
was among the pioneer members of Nigeria’s popular comedy show called “Night of A Thousand
Laughs”. He made his first acting debut in the movie “Akpama”, a movie that served as a stepping stone
to fame and recognition in his acting career.
Read John Okarfor net worth

Francis Odega later become famous after he starred in the movie “Back from South Africa” where he a
acted as a village champion that traveled to South Africa and came back with an American accent. The
video clip that featured him speaking in an American accent went viral on the internet as music icons
Tinie Tempah and 50 Cent uploaded the video clip on their Instagram page which even increased his
popularity. He won the award for “Best Actor” at the Ghana movie awards that was held in 2013.

Moving on, Francis Odega has starred in several movies and we are going to list them below;
 Back From South Africa
 House of Gold
 Baby Police
 How Far?
 Romeo Without Juliet
 Money For Hand
 Osuofia in London
 My Last Wedding
 Campus Cult

He has starred in one of the renowned soap opera titled “Clinic Matters”.
Endorsement Deals
Francis rise to fame attracted one of the top telecommunications in Nigeria Etisalat which he signed an
endorsement deal with.