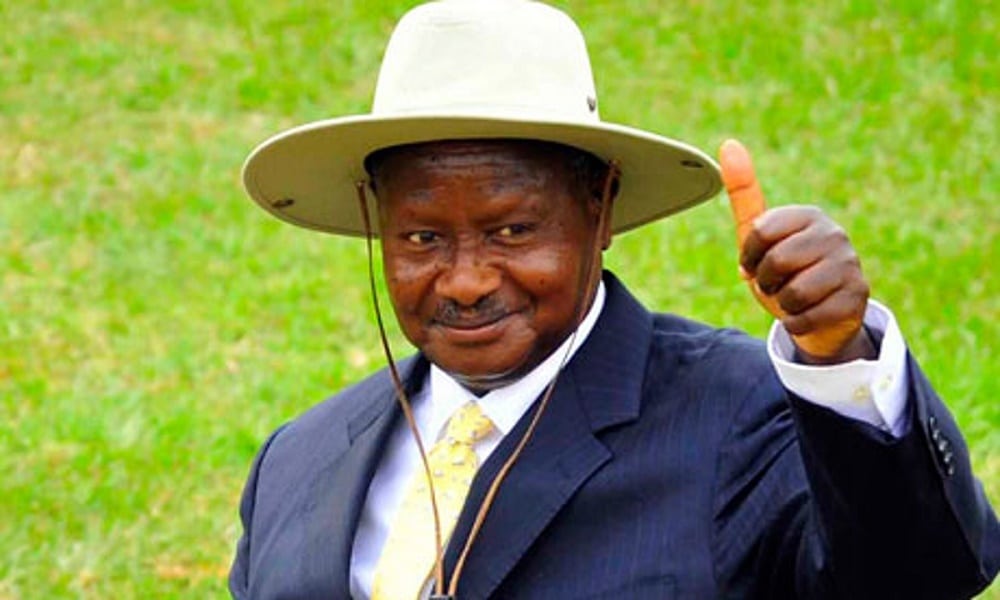 Glusea brings to you Yoweri Museveni net worth

Yoweri Kaguta Museveni is a Ugandan politician who has served as the President of Uganda since 1986.

He has been named one of the most influential people in Uganda.

Museveni attended Kyamate Elementary School, Mbarara High School, and Ntare School. In 1967, he went to the University of Dar es Salaam in Tanzania.

Museveni was involved in rebellions that toppled notorious Ugandan leaders Idi Amin (1971–79) and Milton Obote (1980–85) before he captured power in the 1980s.

With the overthrow of Idi Amin in 1979 in the Uganda-Tanzania War and the contested election that returned Uganda’s earlier president Milton Obote to power in 1980, Museveni returned to Uganda with his supporters to gather strength in their rural strongholds in the Bantu-dominated south and south-west to form the Popular Resistance Army (PRA).

Read The Richest Men in Botswana

General Yoweri Kaguta Museveni became President of the Republic of Uganda on January 26, 1986 after leading a successful five-year liberation struggle.

After victory, he formed a broad-based government that helped to unite the country’s political groups. Previous to the struggle of 1981-1986, Museveni had been one of the leaders in the anti-Amin resistance of 1971-1979 that had led to the fall of that monstrous regime.

Uganda has experienced relative peace and significant success in battling HIV/AIDS. At the same time, Uganda remains a country suffering from high levels of corruption, unemployment and poverty.

Yoweri Museveni has been the president of Uganda for about 34 years.

His net worth was reported to be $13 billion, a figure senior advisor has refuted.

“Mukulu Semuwemba, This platform is a useful tool for sharing ideas. I want to state that the President of Uganda does not have assets worth even 13 billion Uganda Shillings so when I see US$13 billion being suggested on the platform, I wonder how this impression can be corrected.” Gen Akandwanaho wrote.