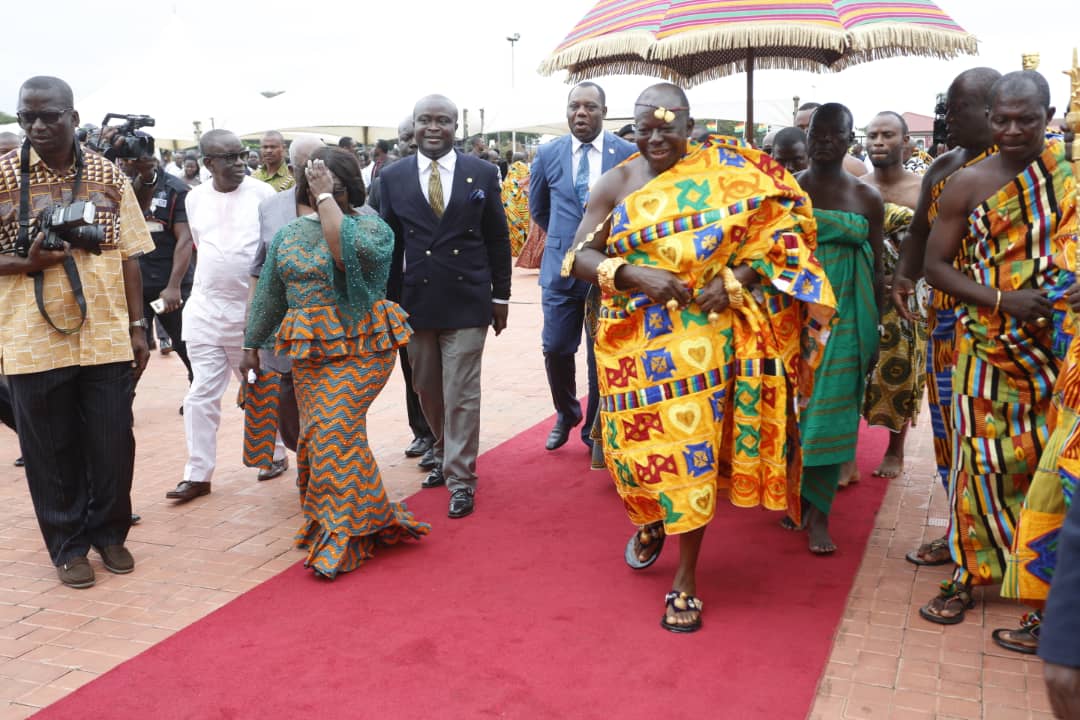 He had his elementary education in Kumasi and in 1964, went on to the Sefwi Wiaso Secondary School where he obtained his ‘O’ Level was taught by the late Omanhene of Sefwi Wiawso, Nana Kwadwo Aduhene II who was a cousin of Otumfuo’s guardian uncle, Oheneba Mensah Bonsu, Hiahene. He also attended the Osei Kyeretwie Secondary School (OKESS). He studied accountancy studies at the erstwhile Institute of Professional Studies, which is today known as University of Professional Studies in Accra. He then enrolled at the London Meteropolitan University where he earned a degree in Human Resources Management and Public Administration. He was awarded an honorary doctorate, at a ceremony at the Barbican Centre on 11 January 2006.

He was born on 6 May 1950 and named Nana Barima Kwaku Duah, the third son and youngest of the five children (three sons and two daughters) of Nana Afia Kobi Serwaa Ampem II, Asantehemaa (Queen-mother of the Ashanti). His father Nana Kwame Boakye-Dankwa was from Kantinkyere in Ashanti and was also the Brehyia Duke of Asante. Nana Kwame Boakye-Dankwa died on 1 January 2002, in Kumasi, Ashanti.

When he was about five years old, Otumfuo moved into the royal household of his uncle, Oheneba Mensah Bonsu, the Hiahene, enstooled in 1952, as early preparation for his future role.

Between 1981 and 1985, he was a senior consultant at the Mutual of Omaha Insurance Company in Toronto, Canada.

He returned to London in 1985 and became the Personnel Manager at the Manpower Services Commission of the Brent Council. He then founded his own mortgage finance firm, Primoda Financial Services Limited, located on Kilburn High Road, North West London. He returned to his native Ghana in 1989 to start a transport business, the Transpomech International (Ghana) Limited

Otumfuo Osei Tutu II is the King of Ghana’s gold-rich Ashanti kingdom, home to the country’s largest ethnic group, the Asantes. He ascended the throne in 1999 and serves as the political and spiritual head of the Asante people.