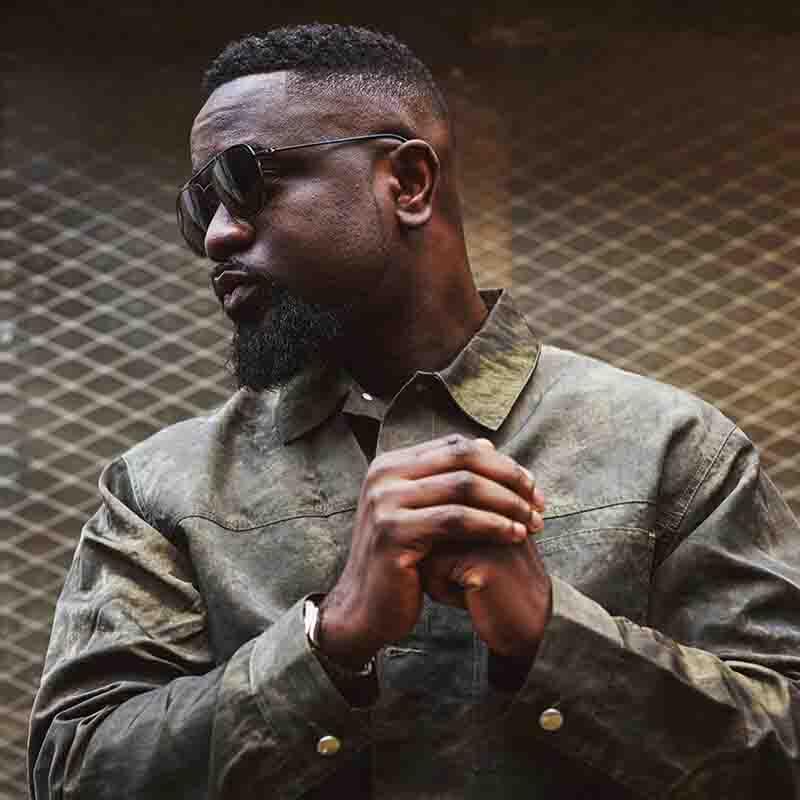 Sarkodie net worth 2021: Michael Owusu Addo known professionally as Sarkodie is a Ghanaian rapper and entrepreneur from Tema. He is one of the best rappers in the African continent and the world at large. He is also considered one of the major proponents of the Azonto genre and dance and one the most successful African rappers of all time. Sarkodie net worth is $15 million making him the richest musician in Ghana and among the wealthiest stars in Africa.

Sarkodie was born on 10 July 1988 and raised in koforidua,Tema and is the fourth born of five children. He attended Tema Methodist Day Senior High School and proceeded to IPMC, where he earned a degree in graphic design. Sarkodie began his music career as an underground rapper, participating in Adom FM’s popular rap competition Kasahare Level.

He met his former manager Duncan Williams of Duncwills Entertainment while participating in the aforementioned competition. He also met musicians Edem and Castro, who introduced him to Hammer of The Last Two, an established record producer.

Following his collaboration with Hammer, Sarkodie recorded his debut album Makye. Its production was primarily handled by Killbeatz and Jayso. The album featured guest appearances from Kwaw Kese, J-Town, Sway and Paedae of R2Bees. Makye received positive reviews from critics and fans. It was supported by a concert held at Holy City Gardens in Accra.

Sarkodie’s second studio album Rapperholic was released in 2012. It featured guest appearances from Efya, Chidynma, Mugeez of R2Bees, Obrafour, Jayso and EL. The album was supported by five singles: “Good Bye”, “One Time For Your Mind”, “You Go Kill Me”, “Living Legend”, and “Onyame Nhyira”. It received positive reviews from music critics.

Sarkodie went on a nationwide tour to support the album. Rapperholic earned Sarkodie his first BET nomination and subsequent win. Sarkodie was also featured on the BET Hip Hop Awards cypher alongside Talib Kweli, Jean Grae and Ab-Soul. He was the only African act featured on the cypher.

Its production was handled by Magnom, Hammer, Killbeatz, Masterkraft and Silvastone, among others. The album’s launch concert was held at the Accra Sports Stadium in December.

On 12 September 2015, Sarkodie released Mary, a live album named after his grandmother who died in 2012. “Mewu” was released as the lead single from the album two months prior.

Sarkodie net worth is $15 million making him the richest musician in Ghana.

Sarkodie married Tracy in a private wedding ceremony held in Tema, Ghana on 17 July 2018. They have two kids; a daughter, Adalyn Owusu Addo and a son; Micheal Nana Yaw Owusu Addo Jnr. who is named after the famous rapper.

Sarkodie net worth is $15 million making him the richest musician in Ghana and among the wealthiest stars in Africa. Sark has been in partnership with a number of companies including;  Samsung Electronics,  FanMilk, Tigo Telecommunications Ghana, Standard Chartered Bank, Guinness Ghana, he was appointed as an ambassador for the Year of Return campaign; the honour was conferred on him at the Creative Arts Industry Forum.

On July 13, 2013, Sarkodie launched The Sarkodie Foundation, a non-profit dedicated to supporting underprivileged children. He made generous donations to the Royal Seed Home Orphanage in Kasoa.

On December 25, 2014, The Sarkodie Foundation embarked on a feed the kids’ campaign in Tema,Ghana , where they provided thousands of kids with sacks of rice, yoghurt and beverage cans.

They also gave away school bags, water bottles, hats and other items. Roshi Motman, the CEO of Tigo Telecommunications, was also in attendance to support the campaign.

Where do sarkodie lives?

Unlike others within the music industry who like to show off their wealth, Sarkodie is one of those who likes to keep his assets out of public space. His residences and other assets are rarely spoken off. It is however public knowledge that “Africa’s fastest rapper” has a mansion in Ashalley Botwe, a suburb of Accra.

How many awards has Sarkodie won?

Who is the richest Sarkodie and Shatta Wale?

Sarkodie is the wealthiest Artiest in Ghana. He has a net worth of $15 million as against that of Shatta wale which is $12 million

Is sarkodie the best rapper in Africa?

According to Hip-hop Africa, Sarkodie is the best rapper in Africa. The celebrated rapper is also listed among the top 100 rappers in the world. He was announced the very first winner of BET’s Best International Flow act at the 2019 BET Hip Hop Awards.

Have any concerns about Sarkodie net worth ? Leave it in the comments section below.