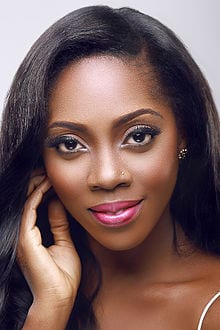 Glusea brings to you the top 20 richest female musicians in Nigeria.

Top 10 Richest Female musicians in Nigeria 2021 are well known through out the African continent and beyond. In this article, we bring to you the top 10

Tiwa is undoubtedly the richest female musician in Nigeria. the Afro beats queen has released four studio albums with several hit songs including; All over, Lova lova, Ma lo among others.

She became the first woman  Best African Act at the 2018 MTV Europe Music Awards. She owns a mansion in Lekki worth 75 million naira.

Another rich female artiste in Nigeria is Yemi Alade. After breaking through with Johnny in 2014, Yemi has consistently released hit upon hits. Among her hits includes; Tangerine, Kissing, Taking Over Me, Oh My Gosh among others.

Omawumi rose to prominence as a contestant on Idols West Africa.

Since then, she has had numerous performances on the stage with musicians such as P-Square, 2face Idibia, Phyno, D’Banj, Banky W, M.I, Sasha, 9ice, Chaka Demus and Pliers, Carl Thomas, Angie Stone and Donell Jones, Angelique Kidjo, among others

Chidinma rose to stardom after winning the third season of Project Fame West Africa in 2010.

She has since released several successful songs over the years. her accomplishments has made her one of the richest female musicians in Nigeria.

Some of the hots songs by the star includes; Jankoliko, Carry You Go, Kedike among others

Cuppy is a Nigerian disc jockey and producer. She is the daughter of Nigerian businessman Femi Otedola.

Cuppy was the resident DJ at the MTV Africa Music Awards in Durban.

Shay has been in active music since 2011. She has released several hit songs including; Loving Your Way, Killin’ Me Softly, Right Now.

She is one of the richest female musicians on our list.

France born Nigeria Aṣa is among the wealthiest female artistes in naija. She has sold over 400,000 albums worldwide

The release of her first album saw Aṣa charting radios across Europe, Asia and Africa and went on to win the prestigious French Constantin Award in 2008, when she was voted best fresh talent of 10 singers or groups by a jury of 19 music-industry specialists in Paris

Some of her selected singles are; Good Thing, Ba Mi Dele, Eyo, The Beginning

She is among the richest female musicians in Nigeria.

She started her career as a gospel singer, releasing her debut studio album in 2008, titled Ogaju. She gained prominence in 2014 after releasing “Tiff”, a song that was nominated for Best Alternative Song at The Headies 2015.

Top 10 Richest Kumawood Stars And Thier Net Worth