Most Expensive Houses in the World 2023 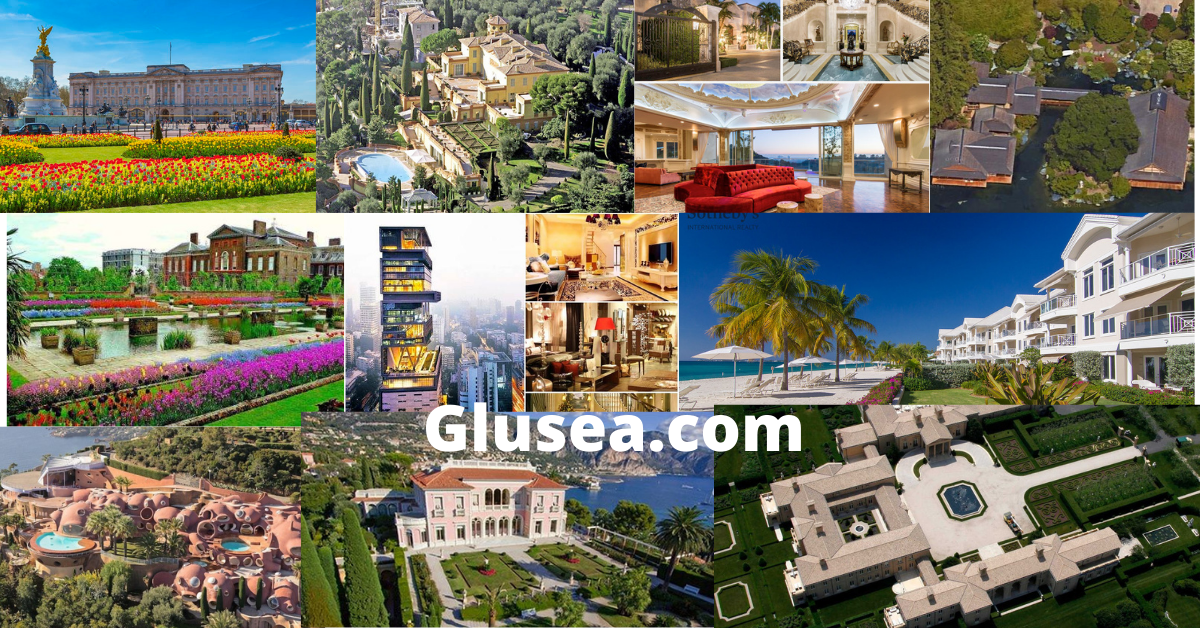 What are the most expensive houses in the world?

Top 10 Most Expensive Houses in the World

The open spaces of Kensington Gardens, Hyde Park, Green Park, and St. James’s Park together form an almost continuous “green lung” in the heart of London. Kensington Gardens are Grade I listed on the Register of Historic Parks and Gardens.

The property is now owned by Indian business magnate and billionaire, Lakshmi Mittal. He is the Chairman & CEO of the worlds largest steel-making company, ArcelorMittal.

The Kensington Gardens is among the Most Expensive Houses in the World with a value of $128 million.

Xanadu 2.0 is a mansion in Medina, Washington owned by one of the richest people in the world, Bill Gates.

The house was designed collaboratively by Bohlin Cywinski Jackson and Cutler-Anderson Architects of Bainbridge Island, Washington.

The mansion is a modern design in the Pacific lodge style, with classic features such as a private library with a dome-shaped roof and oculus. The house features an estate-wide server system, a 60-foot (18 m) swimming pool with an underwater music system, a 2,500-square-foot (230 m2) gym, and a 1,000-square-foot (93 m2) dining room.

With a asset value of $147 million, Xanadu 2.0 is among the Most Expensive Houses in the World

Part of the massive Yellowstone Club, a private ski and golf community for the mega-rich, the house is owned by Edra and timber baron Tim Blixseth. The house comes with heated floors, multiple pools, a gym, a wine cellar, and its own ski lift.

Palazzo di Amore is a house in Los Angeles, California. In November 2014, it was cited as being one of the most expensive residential complex in the United States, listed at $195 million, with 53,000 square feet of living space.

The estate come with 12 bedrooms, 23 bathrooms, tennis courts, swimming pools, a theater, waterfalls, a theater, reflecting pools and a garage that can accommodate 27 cars.

The Ellison estate is owned by Oracle Co founder, Larry Ellison. The house a 23 acre land area. Inside the estate includes; 10 buildings, a man made lake, a tea house, a bath house and a koi pond.

Ellison estate has an asset value of $200 million making it one of the most expensive houses in the world.

Built in 2003 Fair Field is a large private house in the Hamptons, Long Island, in New York State in the United States. It has a floor area of approximately 64,000 sq ft (5,900 m2) and is valued at $249 million for tax assessment purposes. It is owned by Ira Rennert and is one of the most expensive homes in the world

The Odeon Tower  is a double-skyscraper in the Principality of Monaco. It was the first high-rise in the city-state to be built since the 1980s.

Known to be among the most expensive houses in the world, The odeon tower has all the modern features of luxury including;

259 residences, including 62 for-sale private luxury residences (including 2 Sky Duplex apartments of 1,200 m² each and 1 Sky Penthouse of 3,500 m² over 5 floors). 157 lower floor apartments, entered via a separate entrance, are for social housing.

The common entrance hall is decorated with wall sculptures of the French artist Mateo Mornar. The private lobby and all the private communal spaces of the tower have been designed by Alberto Pinto.

Palais Bulles  is a large house in Théoule-sur-Mer, near Cannes, France, that was designed by the Hungarian architect Antti Lovag. It was built for the French industrialist Pierre Bernard, and later bought by the fashion designer Pierre Cardin as a holiday home

The Palais has 29 rooms, 11 bathrooms, and ten bedrooms that have each been decorated by a specific artist, including Patrice Breteau, Jerome Tisserand, Daniel You, François Chauvin, and Gerard Cloarec.

Palais Bulles is valued at $390 million and is one of the most expensive houses in the world.

The 18,000-square-foot home comes with 14 bedrooms, an Olympic-sized swimming pool, a wood-panelled library holding 3,000 books on flora and naturalism (including a 1640 edition of a botanical codex), a man-made pond with Amazonian lily pads, a bronze statue of Athena, a chandelier-lit ballroom, a stable big enough for 30 horses, grand sitting rooms, 19th century portraits in ornate frames, and stunning wood work throughout.

The Villa La Leopolda is a large detached villa in Villefranche-sur-Mer, in the Alpes-Maritimes department on the French Riviera. The villa is situated in 18 acres of grounds. The villa has had several notable owners including Gianni and Marella Agnelli, Izaak and Dorothy J.

Read Most Expensive Phones in the world

her 50-acre estate includes a massive greenhouse, a swimming pool and pool house, an outdoor kitchen, helipad, and a guest house.

Antilia is a private residence in the billionaires row of Mumbai, India. It is the residence of the Indian billionaire Mukesh Ambani & his family, who moved into it in 2012; at 27 stories, 173 metres (568 ft) tall, over 37,000 square metres (400,000 sq ft), and with amenities such as three helipads, air traffic control, a 168-car garage, a ballroom, 9 high speed elevators, a 50-seat theatre, terrace gardens, swimming pool, spa, health centre, a temple, and a snow room that spits out snowflakes from the walls, the skyscraper-mansion is one of world’s largest and most elaborate private homes.

The architectural design of Antilia has been fashioned along the lines of the lotus and the sun. The top six floors of the building have been set aside as the private full-floor residential area. It is also designed to withstand a magnitude 8 earthquake.

Antilia is the second most expensive house in the world with a value of $1.2 billion.

Buckingham Palace is the London residence and administrative headquarters of the monarch of the United Kingdom. Located in the City of Westminster, the palace is often at the centre of state occasions and royal hospitality. It has been a focal point for the British people at times of national rejoicing and mourning.

Read Most Expensive Cars in the world

Buckingham Palace is the most expensive house in the world with an asset value of $2.9 billion.

Summary of Most Expensive Houses in the World