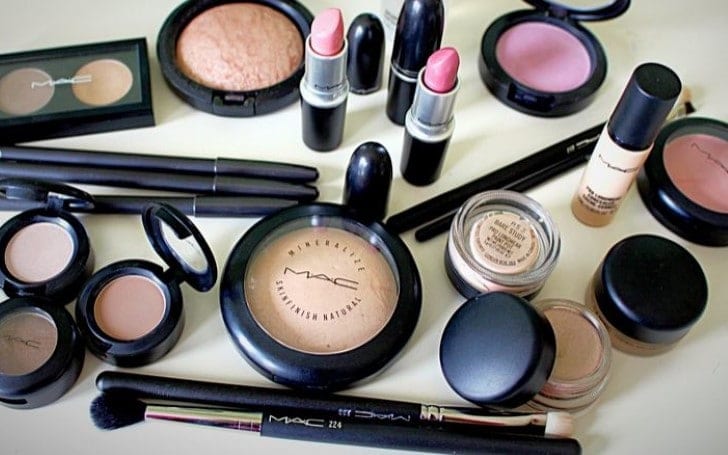 Worldwide, the cosmetics industry makes more than $500 billion a year. Physical beauty has become an obsession in today’s society. Those who aren’t born with it and cannot afford to go under the knife, have a more viable option…makeup! Cosmetics companies take advantage of the public’s desire to be beautiful. Some of these companies are better at it than others. Catering to consumers by creating quality products have helped many companies build a reputation that keeps their customers coming back, regardless of price. That’s what made the following list of companies the ten most expensive makeup brands!

Founded in 1996, Smashbox is the brainchild of the Factor brothers. The corporation’s makeup component of Smashbox falls under the umbrella of Estee Lauder. Smashbox has emerged as one of the most creative makeup brands and provides beauty tips to its consumers via wonderful, quality products. Products this good are worth paying for. Smashbox has become one of the more costly brands in the cosmetics industry, worldwide. The corporation prides itself on creating products that are made for longevity and crafted to give off the illusion of perfect, young and healthy skin. Offering products for the entire face, Smashbox products can be purchased at a variety of stores.

Nu Skin is just starting to make a name in the cosmetic industry, even though it was established in 1984. Based in the U.S., it has managed to build a reputation in more than fifty countries. Nu Skin is part of an MLM network that specializes in makeup and personal care items. The corporation has more than a million independent consultants that have aided in Nu Skin climbing to the top of the cosmetic game. Offering high-end, odorless ingredients that offer a variety of benefits to overall skin appearance and health, the corporation nets millions every year. These superior products are also what make Nu Skin one of the most expensive makeup brands on the market.

Oriflame is one of the few but well-known popular brands that use direct selling to meet the needs of its consumers. Natural and high-end ingredients are the brand’s unique selling proposition, and the outcome has been a fresh product line that has set their customer base on fire. Oriflame assures its consumer’s superior results with using their products, and that is why it remains one of the most relevant makeup brands worldwide today. Established in 1967 and headquartered in Switzerland, Oriflame has been able to build a presence in more than over sixty countries with its haircare, skincare, and general health products.

Elizabeth Arden is a world-renowned brand that has long been associated with the makeup industry. It has earned the confidence of its consumers by offering the most superior products available. The Elizabeth Arden name is easily synonymous with the crème de la crème in the cosmetic business. Elizabeth Arden was established in 1910 in the U.S. The founder, Elizabeth Arden has focused on cosmetics and fragrances from the very start. The Elizabeth Arden corporation now functions under the umbrella of the Revlon brand. The corporation offers high-end, lush products that are endorsed by some of the biggest celebrity names worldwide.

Artistry came onto the makeup scene in 1950 and is not only known for its cosmetic line but also its line of skin care products. Another corporation that implements the direct selling model, it’s products are made available to consumers via Amway in nearly 110 countries. Artistry has been able to surpass other cosmetics companies because of its high standard product line and notability. The corporation produces cosmetics for the full face and prides itself on the fact that its main ingredient is fruit. Artistry is another among the most expensive makeup brands that celebrities don’t mind lending their names to.

Estee Lauder is the parent to a number of top cosmetic brands, including two on this list. Established in 1946 by Joseph and Estee Lauder, the corporation has proven to be a mainstay over the decades. Although the corporation is headquartered in NYC, it’s name is known around the world. The multi-national corporation is one of the most exorbitant makeup brands across the globe. It deals with the production and marketing of its products. It was also the first brand to become popular with men. The luxurious brand is popular with celebrities across the globe that don’t blink an eye when it comes to paying the price for the quality.

The acronym, MAC, stands for Makeup Art Cosmetics. The corporation was established in 1984 by Frank Angelo and Frank Toskan in NYC. MAC operates under the umbrella of the Estee Lauder brand. MAC secures a place on the top ten list because it is one of the few cosmetic companies that net over $1,000,000,000 annually. From the start, MAC geared its products toward professional makeup artists. However, the products of such great quality had to be shared with the general public. The prices are hefty but the pride that MAC takes in putting out such illustrious products makes them worth it. MAC now employs beauty consultants that offer tips to consumers to aid them in finding the perfect fit for their makeup needs.

It takes a special kind of product to bring in nearly $7 billion in revenue. Apparently, L’Oréal has the secret as to what that product is. Taking the number three spot, L’Oréal is in the top five of the list. The corporation’s name is synonymous with fashion and allure. It’s evident in the many celebrities that endorse their high-end products. L’Oreal maintains a presence on at least four continents and its products are sold in more than 130 countries. The corporation was established in France in 1909 by Eugene Schueller. It is one of the oldest cosmetic companies worldwide. They are known for their skincare and hair products.

Mary Kay was established by Mary Kay Ash in Texas, in 1963. The corporation ended the 2018 fiscal year with $3.25 billion dollars in revenue and a spot on the top ten most expensive makeup brands. At the end of the 2019 fiscal year, it has reached the number two position. Mary Kay has always been known as one of the most trusted cosmetic brands. It was one of the first companies to hire independent and seasoned contractors that provide direct services and guidance to its consumers. Suitable delivery options and sound advice are exemplary ways to draw-in, keep and evolve a solid customer pool.

The Chanel brand was established in France by Coco Chanel in 1909. More than a century later, the corporation is number one on the list of ten most expensive makeup brands by ending the year with a revenue of more than $11 billion. The high-end, world-renowned brand is able to get its products to consumers across the globe via more than 300 physical locations. The corporation owns a variety of product lines, including Le Blanc and Hydra Beauty. It’s available at the most prestigious stores worldwide, such as Harrod’s and Bergdorf Goodman. It is going to take a lot to knock this champ out of its spot.