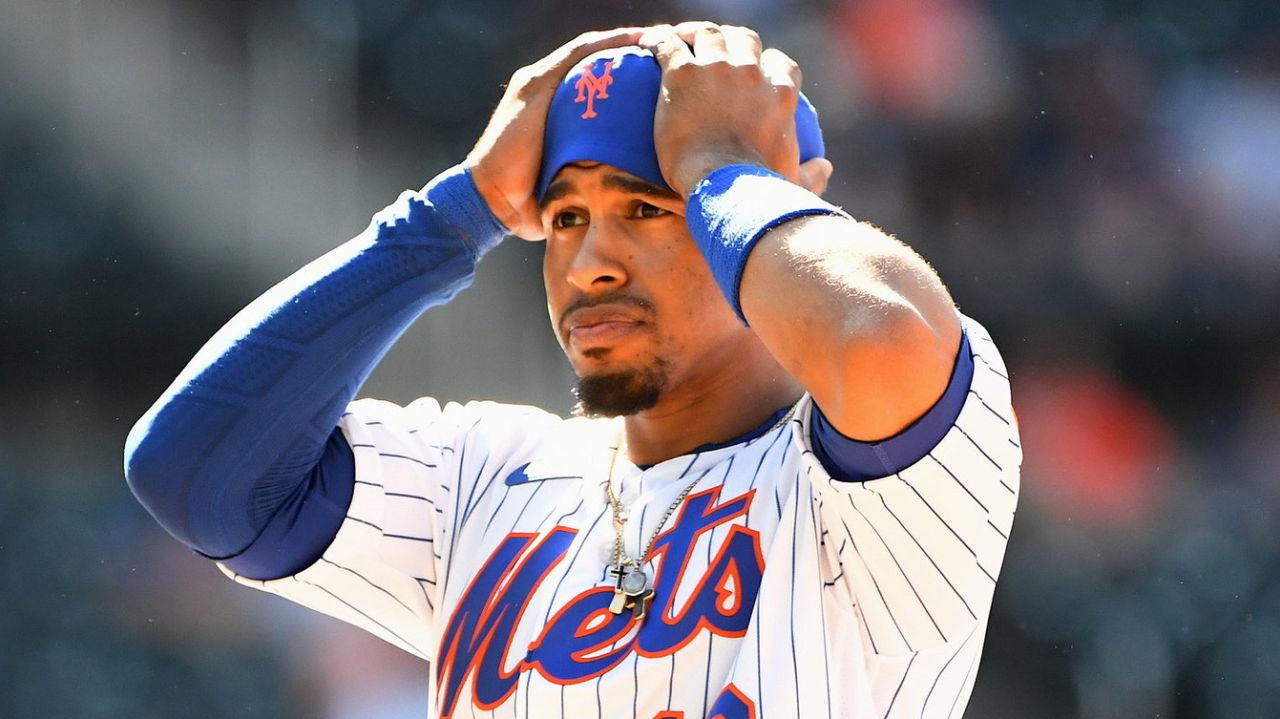 Top 10 highest-paid baseball players 2023: Despite a year that has seen reduced sporting activities all over the world, there has been an increase in the earnings of most outstanding sports personalities. Baseball is no different. The sport has seen a new name that tops the list of the top 10 highest-paid baseball players. keep reading to find out here.

Lindor batted over .300 in both his first two major league seasons and provided elite defense. In 2016, he earned his first All-Star selection and Gold Glove Award, becoming the first Puerto Rican shortstop to win the Gold Glove Award. He won his first Silver Slugger Award in 2017. He placed second in the American League Rookie of the Year voting in 2015 and was a selection to the 2017 All-WBC Team.

Francisco Lindor is the highest-paid baseball player with about $45 million in earnings.

Trevor Andrew Bauer is an American professional baseball pitcher for the Los Angeles Dodgers of Major League Baseball (MLB). He previously played for the Arizona Diamondbacks, Cleveland Indians, and the Cincinnati Reds.

Bauer played college baseball for the UCLA Bruins, winning the Golden Spikes Award in 2011. He was the third-overall selection of the 2011 Major League Baseball draft by the Diamondbacks, and made his MLB debut in 2012.

The Diamondbacks traded him to the Indians during the 2012–13 offseason. The Indians traded him to the Reds before the trade deadline in the 2019 season. In 2020, Bauer was the NL ERA leader and won the Cy Young Award. In 2021, he signed a three-year deal with the Dodgers.

Trevor earned $39 million making him number 2nd of the highest-paid baseball players in the world.

Michael Nelson Trout is an American professional baseball center fielder for the Los Angeles Angels of Major League Baseball (MLB). Trout is an nine-time MLB All-Star, three-time American League (AL) Most Valuable Player (MVP) (winning the award in 2014, 2016, and 2019, while finishing second in the 2012, 2013, 2015, and 2018 votes), and is an eight-time winner of the Silver Slugger Award.

Mike Trout is the third highest-paid baseball player with an earnings of $38.5 million

He previously played for the Pittsburgh Pirates and Houston Astros. Cole played for the baseball team at Orange Lutheran High School, and was selected by the Yankees in the first round of the 2008 MLB Draft.

Cole opted not to sign, and instead attended the University of California, Los Angeles (UCLA), where he played college baseball for the UCLA Bruins.

After his college baseball career, the Pirates made Cole the first overall selection in the 2011 MLB draft. Cole made his MLB debut in 2013, and was named the National League (NL) Rookie of the Month in September 2013.

On September 18, 2019, Cole became the 18th pitcher in major league history to strike out at least 300 batters in a season.

On December 16, 2019, Cole signed a $324 million contract with the Yankees, the largest contract in major league history for a pitcher.

Gerrit Cole is fourth of highest-paid baseball players with earnings of $36.4

Verlander is an eight-time MLB All-Star and has led the AL in strikeouts five times, and in wins three times. He was the AL Rookie of the Year in 2006, and in 2007 pitched the first no-hitter at Comerica Park versus the Milwaukee Brewers.

In 2009, he led the AL in wins and strikeouts, both for the first time. Verlander produced his most successful season in 2011, including his second career no-hitter versus the Toronto Blue Jays. By season’s end, Verlander won the Pitching Triple Crown, the AL Cy Young Award unanimously, the AL Most Valuable Player (MVP) Award, and the Sporting News Player of the Year Award. In 2019, Verlander had his first career 300-strikeout season and won his second Cy Young award.

A talented but unpolished high school baseball player at West Hills High School, Strasburg played college baseball for the San Diego State Aztecs. There, he became one of the best collegiate pitchers in the country.

Strasburg pitched for the United States national baseball team at the 2008 Summer Olympics, winning the bronze medal. Two years later, he was called the “most-hyped pick in draft history” by ESPN and the “most hyped and closely watched pitching prospect in the history of baseball” by Sports Illustrated.

Strasburg led the National League (NL) in strikeouts in 2014, pitching an average fastball of 94.8 miles per hour that year.

In the 2019 postseason, he recorded five wins, tying the record for most victories in a single postseason, shared by Randy Johnson and Francisco Rodríguez. Strasburg was awarded the 2019 World Series MVP award, as he helped lead the Nationals to victory over the Houston Astros.

A left-handed starting pitcher, Kershaw has played 13 seasons in the major leagues since he debuted in 2008. He is an eight-time All-Star, three-time National League (NL) Cy Young Award winner, and the 2014 NL Most Valuable Player.

His 2.47 career earned run average (ERA) and 1.00 walks plus hits per inning pitched rate (WHIP) are the lowest among starters in the live-ball era (minimum 1,000 innings pitched).

Kershaw has a career hits allowed per nine innings pitched average of 6.78, the second-lowest in MLB history. He has been described for much of his career as the best pitcher in baseball.

he Rays traded Price to the Tigers during the 2014 season. When the Tigers fell out of the postseason race in 2015, they traded him to the Blue Jays, who won their division and advanced to the ALCS.

That following off-season, the Red Sox signed Price to a franchise-record seven-year, $217 million contract. He won the series-clinching Game 5 as the Red Sox won the 2018 World Series over the Dodgers. The Red Sox traded him to the Dodgers after the 2019 season.

He was part of the Los Angeles Dodgers team that won the 2020 World Series , although he didn’t play a single game due to sitting out the COVID-19 pandemic shortened season.

Springer played college baseball at the University of Connecticut, where he was named Big East Conference Baseball Player of the Year and a First Team All-American.

In 2017, Springer became an MLB All-Star, Silver Slugger Award winner, and World Series champion. He was also named the 2017 World Series Most Valuable Player (MVP), hitting a record-tying five home runs (Reggie Jackson and Chase Utley accomplished the feat in 1977 and 2009, respectively), as the Astros defeated the Los Angeles Dodgers in seven games. He was again an All Star in both 2018 and 2019.

Newly dethroned as baseball’s top pitchman, Bryce Harper still makes an estimated $5 million annually from an endorsement portfolio that includes Under Armour, Gatorade, Acuvue and T-Mobile. The outfielder set an MLB record for total contract value with the 13-year, $330 million deal he signed with the Phillies, but Mike Trout, Mookie Betts, Francisco Lindor and Fernando Tatis Jr. have passed him in the two years since.