Top 10 Richest YouTubers in the World 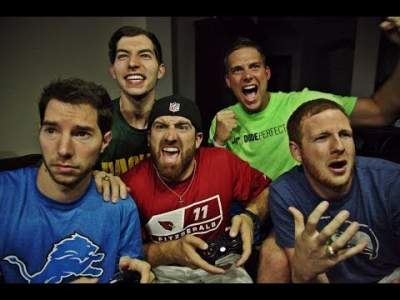 Who are the top 10 richest YouTubers in the world?

If you still wonder whether its actually possible to make money from youtube, then I bet the reality of life itself is yet to dawn on you. A lot of people have become millionaires uploading videos on youtube.

YouTube has become the second most visited website in the world. It is estimated that 300 hours of videos are uploaded on YouTube every minute with almost 5 billion videos uploaded on a single day.

With over 1,300,000,000 daily users, YouTube gives video content providers direct access to one of the largest audiences on the Internet. The best part is that you may begin uploading videos right now by opening a free YouTube channel. It’s important to remember, though, that success does not happen suddenly, and all of the highest-paid YouTubers worked hard to get to where they are now and have to be responsible with money they’ve made. Another interesting statistic is that the majority of the people referenced in these chats are under the age of 30.

Also, It is also estimated that Youtube gets about 30 million visitors per day. I guess the stats convince you that Youtube is a great platform for Vloggers .

Who would have guessed that when YouTube was founded in 2005, it would go on to affect politics, establish a new type of career, and give us Justin Bieber? Of course, for the Canadian musician, YouTube was merely a platform to launch his career. Still, for others, it has evolved into a vocation in and of itself, one that can be highly lucrative. So, who are the wealthiest YouTubers in 2021, according to their net worth?

So Who are Really the Richest Youtubers in the world ?

We have gathered information from Forbes, Youtube and Wikipedia are present to you the top 10 richest Youtubers in the world

Top 10 Richest YouTubers in the World

The Russian-born has become one of the world’s fastest-growing creators, thanks to videos in seven languages that feature her playing with her dad on her channels including Like Nastya. Brands have noticed, with Legoland and Dannon shelling out at six figures to work with her.

Anastasia is the 10th richest youtuber in the word 2021

It routinely uploads videos to YouTube. The group consists of twins Cory and Coby Cotton, Garrett Hilbert, Cody Jones, and Tyler Toney, all of whom are former college roommates at Texas A&M University.

The members of the group hold many Guinness World Records. Their YouTube videos have garnered over 10 billion total views and their flagship channel, “Dude Perfect,” has over 50.8 million subscribers as of May 2020.

Preston Arsement got his start playing Call of Duty and quickly became so popular that he started posting friendly pranks in addition to his gaming content. Outside of YouTube, his biggest moneymakers are the Minecraft servers he runs for seven figures annually. He has over 13 Million Youtube Subscribers.

Markiplier, like PewDiePie, is known for his indie and horror game playthroughs, such as the Five Nights at Freddy’s series and Amnesia: The Dark Descent. He also promotes and collects donations for various causes while playing games that he live-streams. In addition, he’s noted for his exuberant commentary style, which includes shouting and yelling.

Mark Edward Fischbach known online as Markiplier, is an American YouTuber, gamer-commentator, actor, and comedian. Originally from Honolulu, Hawaii,  he began his career in Cincinnati, Ohio, and is currently based in Los Angeles, California. He is listed by Forbes as one of the highest-earning Youtuber.

Markiplier, like PewDiePie, is known for his indie and horror game playthroughs, such as the Five Nights at Freddy’s series and Amnesia: The Dark Descent.

He also promotes and collects donations for various causes while playing games that he live-streams. In addition, he’s noted for his exuberant commentary style, which includes shouting and yelling.

He has over 100 million Subscribers on his Youtube Channel

PewDiePiE (Felix) got recognized for his video game comments. He entertained himself by playing games while reflecting on his experiences and showcasing his amusing reactions.

PewDiePiE’s rise coincided with the absence of any significant gaming channels at the time.

In high school, PewDiePiE was interested in painting and video games. He was able to get a computer by selling his artwork. He would also skip lessons to play video games with his mates.

In 2008, PewDiePiE graduated from high school. After that, in 2011, he dropped out of Chalmers University of Technology. He quit since he was dissatisfied with his current education.

Evan Fong is a Canadian internet personality, video game commentator, and music producer. He is known online as VanossGaming.

He posts montage-style videos on YouTube of him and other creators playing various video games. Aside from this, he produces music under the name Rynx, and served as a creative director for the video game Dead Realm, and as a voice actor for the YouTube Premium series Paranormal Action Squad. His Youtube Channel has over 25 million subscribers.

3rd of Richest YouTubers in the World

As of May 2020, Middleton has over 16 billion views, around 23 million subscribers, and has posted more than 3,400 videos. He is known online as  DanTDM

Self-styled as “Internetainers” (a portmanteau of “Internet” and “entertainers“), they are known for creating and hosting the YouTube series Good Mythical Morning.

Their other notable projects include comedic songs and sketches and a novel called “The Lost Causes of Bleak Creek”.

The YouTube series Good Mythical Morning was created and hosted by these self-proclaimed “Internetainers.” Their talk show-style channels are jam-packed with funny content that includes fun opportunities to explore out-of-the-box concepts.

In addition, Rhett and Link developed a family-friendly entertainment channel that everybody can enjoy.

They create different content, ranging from films that toss darts at a map to predict international cuisine to meal ratings for various price points and locations.

Despite being older than the average media influencer, Rhett & Link and their developing company Mythical Entertainment have roughly 17 million subscribers.

Is it possible that a nine-year-old boy will be one of the richest YouTubers in 2021? Ryan Kaji, who runs the Ryan’s World YouTube channel, has 30 million subscribers in less than five years and is one of the most successful young YouTubers.

As stated in his bio, Ryan is obsessed with a variety of fun activities, including pretend play, science projects, music videos, skits, challenges, DIY arts and crafts, and more. In addition, Ryan turned his passions into educational films that have impacted millions of children.

Richest YouTubers in the World

Jeffree Star is an American entrepreneur and singer, and the founder and owner of Jeffree Star Cosmetics.

After getting his start as a musician on MySpace, Jeffree Star moved to YouTube, where he found a following doing makeup tutorials. He now uses his channel to tout his makeup line, which he says does at least eight figures in revenue thanks to its popular lipsticks, highlighters and eye shadow palettes.

You can follow celebrity beauty advice or seek advice from specialists such as Jeffree Star. Since the days of MySpace, when he maintained a blog on beauty, fame, and life in general, Jeffree has had a social media following.

He had a brief musical career before launching his own cosmetics line in 2014. Following that, he started a YouTube channel with make-up tutorials, ostensibly to promote his brand. As a result, the station developed its own personality.

These days, stars aren’t born in high-rise Hollywood Hills production studios. They are ordinary people with ideas, passion, and skill. The sharing economy has provided them with a platform to shine and share their thoughts and views with the rest of us. Of course, having a lot of opportunities and knowing how to make use of them is essential. Still, this group of young people has also demonstrated persistence and determination.

Thanks for reading about the top 10 richest Youtubers in the world 2021. Leave your reply in the comments below.