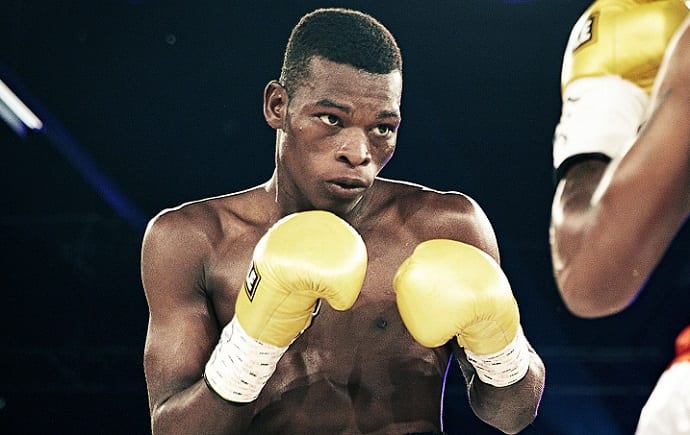 We bring to you Richard Commey net worth.

Richard Commey is a Ghanaian Professional boxer.He is one of the richest and most marketed boxer in Ghana. Richard Commey has 26 knockouts of the 29 wins in 32 bouts since turning Pro in 2011. Keep reading to uncover more about Richard Commey net worth and profile

Richard Commey was born on 10th March, 1987 in Bukom, a suburb of Accra, Ghana. Commey was raised by a single mother in Bukom. Her mother Joyce Florence used to sell in the market. Commey did not receive formal education because his mother couldn’t afford to pay for his tuition fees.

Commey started as a football player, he played for Cidab Academy. Richard also trained in martial arts. He was discovered in 2007 as one of the best kick boxers in Ghana by Japanese recruiters. He was sent arround the world to compete and finally settled in United Arab Emirates.

Commey later returned to Ghana to join the Bronx boxing club, a popular boxing gym. He began training with them and after 12 successful amateurs fights, Commey turned pro on 26th February, 2011. After a successful career, he relocated tp New York in 2017.

His net worth is estimated at $10 million by Celebrityhow. He has competed in 32 bouts with 29 wins and 3 losses. 26 of the wins came by way of knock out.

Richard Commey says his number one goal is to give back to the community.

Richard Commey lost the International Boxing Federation (IBF) lightweight world title against Robert Easter Jr. on a split decision in a very close fight after Rances Barthelemy vacated the belt in order to move up in weight.

Commey showing his excitement stated “I’m really excited to finally get my shot at the world title,” Commey, 29, said at a news conference in Accra, Ghana. “I have been waiting too long and too many fighters have avoided me, but it seems like we are finally there. I would like to thank my promoter Team Sauerland for helping to get this opportunity, which I will take with both hands.”