HomeSocial and LifestyleOnline Gambling: Exploring its Popularity and How to Succeed...

Online Gambling: Exploring its Popularity and How to Succeed in the Industry 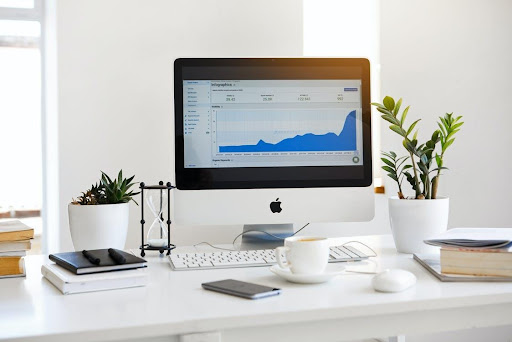 Online gambling has come a long way since the days of the first online casinos in the mid-1990s. Operators have been able to go beyond traditional casino games and offer slots, bingo and other games. Technology has advanced and they’ve been able to improve the gaming experience. In a world in which tech plays an ever more powerful part of our lives, the industry looks set to grow from strength to strength.

Just now, the global online gambling market stands at around almost $50 billion, according to consumer and market data company Statista. Come 2023 and that figure looks set to have grown to around $92.9 billion.

Such stats are hardly surprising. Advances in tech have given operators the opportunity to steal an edge on their competitors. One way has been harnessing it to make their games more accessible. Operators who haven’t developed an app or made their website mobile-friendly will fall behind the rest very quickly.

Gambling and the UK

In an online survey of gamblers’ behaviour in the UK, the nation’s Gambling Commission confirms the popularity of online gambling on mobile devices. This regulatory body states that mobile phones are the most popular way to access online gambling, especially in the case of younger players.

Data for April to September 2020 suggests that online gambling is more than alive and well in the UK, comprising just over half of the overall market in this period at 52.3% and generating a gross gambling yield of £3.1 billion. Online casino gaming dominated the sector, contributing £1.9 billion.

Statistics have shown that online slots games are the most popular casino game in the UK. Slots generated most of the GGY from online casino gaming in the UK from April to September 2020. There are many reasons for the popularity of online slots in the UK, with various providers to choose from, several bonuses and promotional offers to select from as well as many different themed slots games available. In fact, if you’re looking for reliable and fun games to try, visit BingoMum.

To succeed in such a competitive industry as gambling takes a combination of skill, business acumen and grit. Behind every successful company, there is a founder (or more) who has enough to make it work. Below are a few successful founders of gambling companies:

Denise Coates is possibly the most famous woman in the whole of the gambling industry. As the founder and co-CEO of bet365, Ms Coates has hit the headlines due to her huge earnings at the reigns of the company. Last year, she received a pay package of £421 million, according to news reports, and became the UK’s highest paid boss.

Originally, Denise trained as an accountant before she took over several of her family’s betting shops, which she then sold to bookmaker Coral. Aware of the popularity of online gambling websites, she bought the domain Bet365.com in 2000 and launched the website in 2001. The rest is history.

Isai Scheinberg is the founder of one of the biggest poker sites in history, if not the biggest: Poker Stars. His story is unique and not without controversy, as in the past he has faced prison on charges of financial crimes but eventually escaped with a fine.

Mr Scheinberg grew up in Lithuania. He graduated from Moscow State University, served in the military and then worked for IBM in the company’s Israel office. He later to moved to Canada, where he continued to work for the company.

Andrew Black and Edward Wray are the guys behind betting exchange Betfair. The company came into being in 2000, after Mr Black thought of a way to make betting fairer by enabling punters to bet against each instead of against the bookmaker.

Both Mr Black and Mr Wray hold university studies and worked diligently on the creation of Betfair, quickly turning it into a success. In 2010, the company was floated on the London Stock Exchange. After the flotation, Wray stepped down from his position as chairman. Today, Black is a shareholder in the company but plays no more part in its operation.

Could we see equally successful new companies enter the market?

The growth of the global market indicates the online gambling industry is far from running out of steam. It’s just getting started in fact, especially given that changes in legislation in the US have opened the doors to sports betting.

Establishments that have a physical land-based presence may enjoy an advantage, as areas that have opened themselves up to online gambling will experience a lot more competition between online operators. Building a casino isn’t easy, so land-based operators may not necessarily encounter the competition they’d expect from other establishments.

The online gambling industry is highly competitive, but stats demonstrate a clear appetite for this leisure activity. Creating a success company in it is a big challenge, but, with the right leadership, it’s perfectly possible to thrive.