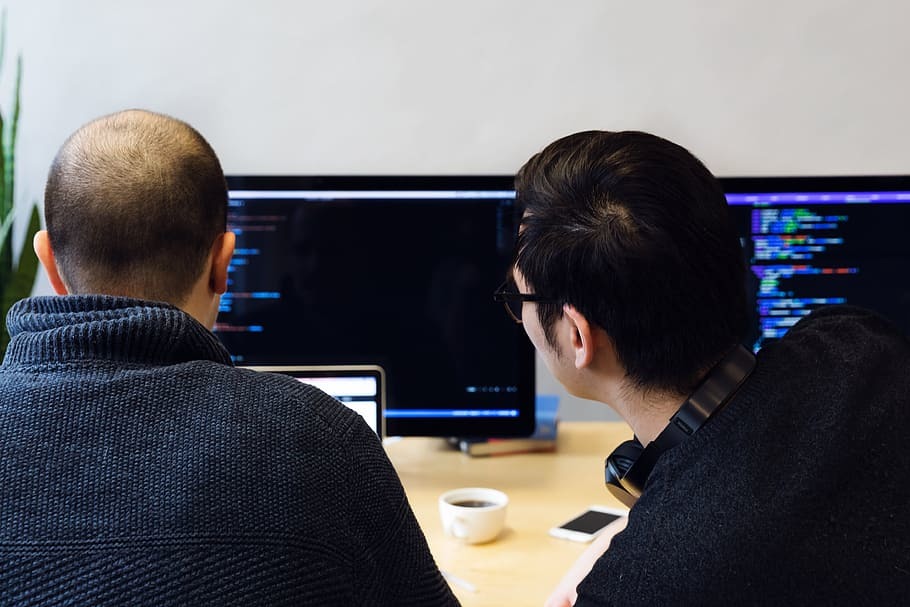 When you sit down to play at a leading online casino, you might not be aware that your favorite slot titles have been developed by innovative third-party studios rather than the casino operator themselves. In fact, most online casino operators have partnerships with multiple slot software studios, giving them direct access to their latest releases.

If you want to know the best slot software studios to look out for when selecting your next online casino to play at, read on as we dig deeper into seven of the market leaders. Some of whom have been pioneering this sector for more than a generation.

Microgaming are one of the legitimate innovators in the world of iGaming. The Isle of Man-based company has grown into one of the biggest and most reputable slot development brands on the planet. It proudly lays claim to have designed and built the world’s first online casino way back in 1994. It was also the first to develop mobile-first casino software ten years later. Located a stone’s throw from the island’s Douglas Promenade, Microgaming continues to push the boundaries of what is possible, not least with progressive jackpot slots.

According to the Microgaming site, its progressive jackpot network has dished out over €1.2 billion to lucky winners through the years. As a founding member of eCOGRA – an organization passionate about fair and transparent iGaming – Microgaming slots are some of the safest and most enjoyable around.

Scandinavian iGaming software studio NetEnt has also been at the cutting edge of iGaming action for quite some time. NetEnt was founded in 1996 and for more than two decades it has been focusing on delivering thrilling themed slot games across multiple regulated markets, including those in lesser-known iGaming scenes in Africa, where the leading universities are placing increasing importance on technology and software development courses.NetEnt was one of the first iGaming development studios to focus solely on developing HTML5 slots that were fully responsive, delivering true cross-platform gameplay for online casino players.

It has also been at the forefront of some of the most successful officially licensed slots, based on pop culture trends and icons. Its hit Guns N’ Roses slot features audio and video footage of Axl Rose and co. strutting their stuff for truly immersive gameplay.

Chicago-based WMS Gaming first entered the slot machine sector around the same time as Microgaming in the mid-1990s. It focused initially on slot machines for land-based casinos, before converting their iconic titles into online versions. Games such as Reel ‘em In are still revered by classic slot players today.

WMS Gaming continues to push the boundaries of immersive slot gameplay, with heavily themed slots inspired by popular culture. Its Elvis The King Lives slot, which contains songs from the legend himself, is described as one of the “top slots” of 888casino. This NJ-licensed site is an award-winner and gives new users an online casino real money no deposit bonus of $20 to sample its leading slot titles upon sign-up, including several WMS Gaming hits.

Playtech considers itself a “one-stop shop” for online casino operators. It has grown into one of the world’s biggest suppliers of online slot and table game software. It’s a publicly listed company on the London Stock Exchange, with its growth founded upon a laser-like focus on delivering best-in-class gaming content.

At the time of writing, Playtech’s 5,900-strong workforce has developed and launched online casino games in 20 regulated jurisdictions worldwide and has 140 licensees for its games globally too. Playtech has also been at the forefront of the live dealer casino scene, investing in its own live casino studios to bring a new dimension to real-time casino games online.

UK-based Blueprint Gaming is one of the more recent entrants to the iGaming software scene, but as part of Germany’s powerhouse Gauselmann Group, it stands a great chance of long-term success. Already Blueprint Gaming has made a splash on the industry both online and offline, with its games installed on more than 100,000 terminals in land-based casinos across western Europe.

Blueprint are certainly one of the most prolific online slot developers. Their ambitious long-term roadmap is to design and launch 20 new, unique slot titles annually. The key to Blueprint Gaming’s cross-border success thus far has been its focus on multi-language support, with games supported in up to 18 languages. With feature-rich bonus features too, it’s easy to see why online casino players are becoming enamoured with Blueprint’s work.

International Game Technology (IGT) is another long-standing name in the iGaming software space. With specialisms across five segments, including slot machines, lotteries, online slots and social gaming, IGT now supplies online casino content to 100 countries in six continents. Like Playtech, IGT is also a publicly listed concern, traded on the New York Stock Exchange. With over 12,000 staff working worldwide to drive player engagement in its latest slot games, IGT has an unrivalled pool of talent to tap into.

In 2014, IGT was acquired by Gtech, in a deal worth $6.4bn. A new headquarters has since been located in London, although the decision was taken to drop the Gtech name and stick with the IGT brand that’s been synonymous with best-in-class casino gaming since the 1990s.

Last but by no means least, Play’n GO is another “premier” iGaming software developer, with a hefty portfolio of slot titles and a number of innovative iGaming products too. Aside from its slots, its server-based OMNY product has caught the eye of many leading land-based casino operators. Each OMNY gaming terminal is connected to the same server, allowing machines to be connected to the same sever even if it’s in a different location – perfect for progressive jackpot slots.

Play’n GO was proudly the first slot developer to advance into the mobile arena – and alongside the likes of NetEnt it remains at the forefront of fully responsive slot and table gameplay.

These giants of the iGaming software development sector rarely rest on their laurels, with an inquisitive and innovative mindset that continually pushes the boundaries of immersive iGaming.

Countries With The World’s Most Beautiful Women