HomeFinanceRichest Rappers in The World 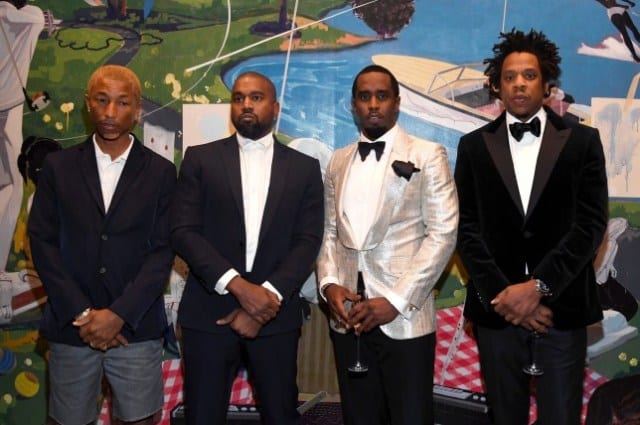 We bring to you the richest rapper in the world

Rap is a genre of music that a lot of people pay attention to worldwide. If you have ever wondered who the richest rapper in the world is, this article is here to give you the details. Keep reading to discover who the wealthiest rappers in the world are. Information was sourced from Forbes in creating this article.

Richest Rapper in the world

Kanye West was officially included in the Forbes billionaires list after he submitted documents showing that his Yeezy company was worth billions.

Kanye Omari West is an American rapper, singer, songwriter, record producer, entrepreneur, and fashion designer. He is currently the richest rapper in the world.

Jay Z is a successful entrepreneur, aside from his enormous achievements as a rapper, Jay Z has also excelled in businesses including Clothing lines, night clubs among others.

Jay-Z is one of the world’s best-selling music artists, with over 50 million albums and 75 million singles sold worldwide. He has won a total of 22 Grammy Awards, the most by a rapper, and holds the record for the most number-one albums by a solo artist on the Billboard 200, with 14.

Combs was born in New York City but was raised in Mount Vernon, New York. He worked as a talent director at Uptown Records before founding his own record label, Bad Boy Entertainment, in 1993. He is the third richest rapper in the world.

4th Richest Rapper in the world

Andre Romelle Young known by the stage name Dr. Dre, is an American rapper, songwriter, record producer, entrepreneur, record executive, actor, and audio engineer. He is the founder and CEO of Aftermath Entertainment and Beats Electronics, and was previously co-owner of Death Row Records. He is among the richest rappers in the world.

Marshall Bruce Mathers III known professionally as Eminem is an American rapper, songwriter, and record producer. In addition to his solo career, Eminem was a member of the hip hop group D12. Eminem has received fifteen Grammy Awards.

Eminem been praised for his “verbal energy” and lyrical quality and was ranked ninth on MTV’s Greatest MCs of All Time list. Eminem net worth is $230 million.

Continue reading the richest rappers in the world

He is the founder of the record label No Limit Records, which was relaunched as New No Limit Records through Universal Records and Koch Records, then again as Guttar Music Entertainment, and currently, No Limit Forever Records.

He is also the founder and CEO of P. Miller Enterprises and Better Black Television, which was a short-lived online television network.

Usher Raymond IV  is an American singer, songwriter, actor, and dancer. He was born in Dallas, Texas, but raised in Chattanooga, Tennessee.

Usher has sold 23.8 million albums and 38.2 million digital songs in the United States. Internationally, he has sold 80 million records worldwide, making him one of the best-selling music artists of all time. Usher has won numerous awards and accolades including eight Grammy Awards and 18 Billboard Music Awards.

Ronald Jay “Slim” Williams is an American businessman who co-founded the record label Cash Money Records along with his younger brother, rapper Bryan “Birdman” Williams. He is the executive producer of nearly all of Cash Money’s artist’s albums.

Aubrey Drake Graham is a Canadian rapper, singer, songwriter, executive producer, actor, and entrepreneur. A prominent figure in popular music, Drake is widely credited for popularizing the Toronto sound to the music industry.

He initially gained recognition as an actor on the teen drama television series Degrassi: The Next Generation in the 2000s; intent on pursuing a career in music, he left the series in 2007 after releasing his debut mixtape Room for Improvement. He has the most number-one singles on the Hot Rap Songs.

Richest rapper in the world