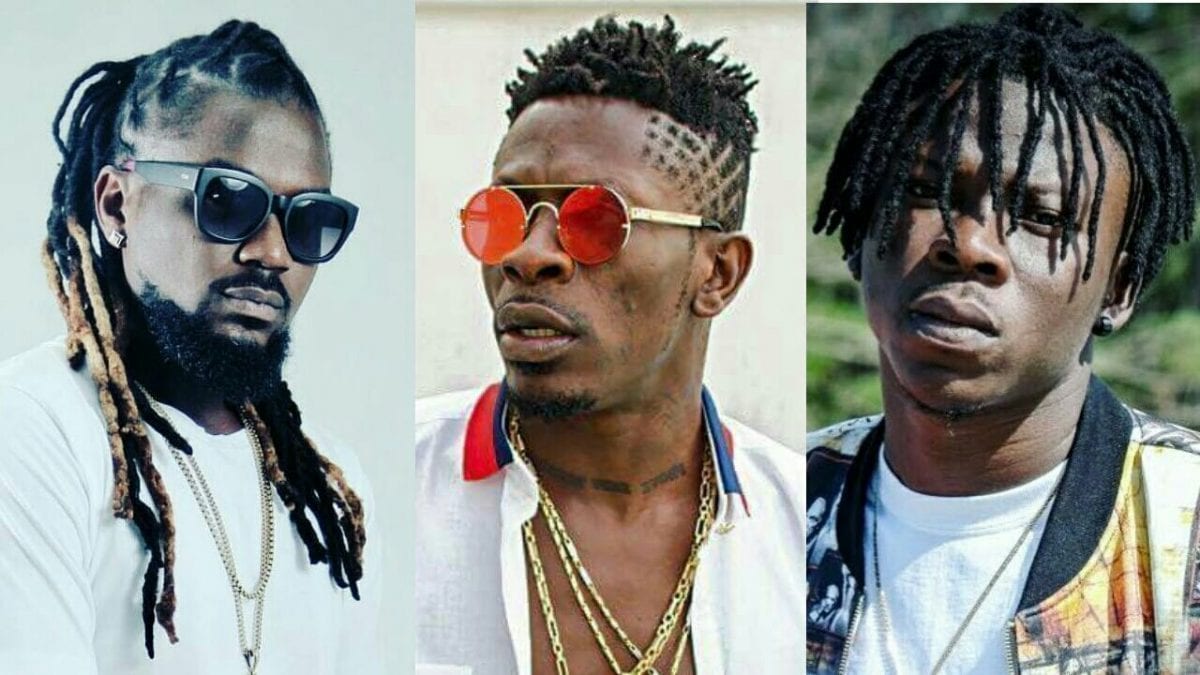 We bring to you the list of best musicians in Ghana now.

We have taken into account the number of hit songs released in the last 3 years, International recognition, number of nominations and awards(both locally and internationally) to compile a list of the best musicians in Ghana. Read through and be sure to leave your comment below.

We have listed musicians from all genre of music in no particular order.

Some music pundits have tipped Stonebwoy as the king of reggae and dance hall artists in Africa. He has four studio albums with lots of hit songs including; Sobolo, Top Skanka, Most Original, Kpo K3K3, Nominate among others. Stonebwoy is undoubtedly one of the best bmusicians in Ghana

Charles Nii Armah Mensah Jr. A.K.A. Shatta wale is the most awarded dancehall artist in Africa with about 73 awards. He has one of the most influential musician on social media.

More on Best Musicians in Ghana

R2Bees has been the longest music group in the country. They have released several hit singles throughout their career.

R2Bess have four studio albums including hit singles including; Over, sunshine, picture, Yesterday and more

Kuame has a lot more hit singles more than any other high life musician. Wish Me Well, Turn up, No more among others.

Fuse ODG is very popular outside of Ghana. He has had many of his singles peak at the UK top Charts. Fuse is one of the best musicians in Ghana

since the release of “Linda”, Samini is still as relevant to Dancehall music as he was then. Samini has released seven studio albums, with all being highly successful on the commercial market.

Medikal is among the best rappers list in Ghana. He has made a name for himself in the music industry through hard work and his numerous collaboration with successful artists. Medikal has released three studio albums.

King Promise has been very successful since the beginning of his professional music career.

has worked and collaborated with many Ghanaian talents including Joey B, BET Awards winner Stonebwoy, Mr. Eazi, M.anifest, Killbeatz, R2bees, and Fuse ODG amongst others.

Kofi Kinaata is noted for his fante rap and freestyle and therefore known as the Fante Rap God (FRG).

He is recognized for his lyrical dexterity in terms of unique rhyme schemes and humorous Fante rap style with a touch of traditional African proverbs in his local language to entertain and educate morally. Kinaata has several hits including; Things Fall Apart, Adam and Eve, Single and Free, Confession, Last Show and more

Kwame Ametepee Tsikata a.k.a M.anifest is among the best musicians in Ghana. He has released six albums and several hit singles

Becca had three studio albums and is one of the most influential musicians in Ghana.

Known for her unique vocal dexterity, Jane Awindor, known professionally as Efya is one of the best singers to have originated from Ghana. Though she has been in the industry for a while, she keeps climbing higher on the music ladder. She has three albums so far

Wendy Shay’s career success started with her first single “Uber Driver” which got 1 million views on Youtube just weeks after its release. She has since released several hit singles and one album so far.