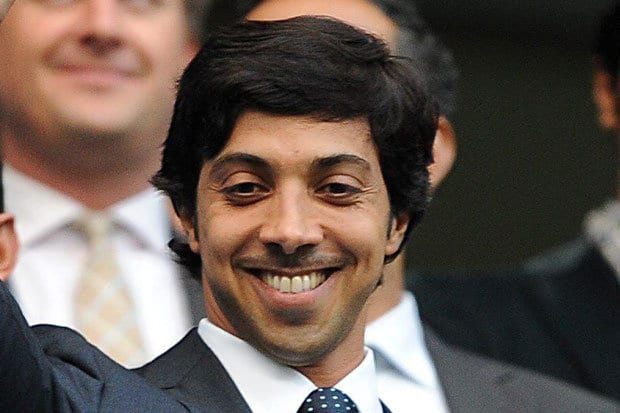 Mansour was born in the Abu Dhabi emirate on 20 November 1970, the fifth son of the Emir of Abu Dhabi Sheikh Zayed bin Sultan Al Nahyan.

Mansour attended Santa Barbara Community College as an English student in 1989. He is a graduate of United Arab Emirates University where he received a bachelor’s degree in international affairs in 1993

Read Richest Clubs in the world

In 1997, Mansour bin Zayed was appointed chairman of the presidential office, which his father Zayed II is the first and by-then president of UAE.

After the death of his father, he was appointed by his eldest half brother, Khalifa II, as first minister of presidential affairs of the United Arab Emirates, which is the merger of the presidential office and presidential court.

He also served in a number of positions in Abu Dhabi to support his brother, Crown Prince Mohammed bin Zayed Al Nahyan

Mansour heads IPIC,  which owns 71% of Aabar Investments and is used as an investment vehicle.

Mansour has a 32% stake in Virgin Galactic after investing $280m in the project through Aabar in July 2009. Aabar also has a 9.1% stake in Daimler after purchasing the stake for $2.7 billion in March 2009.

He is the chairman of the Al Jazira sports company and was a leading figure in the Emirate of Abu Dhabi’s successful bid to host in UAE the FIFA Club World Cup in 2009 and 2010. The company owns Al Jazira Club, which plays football, volleyball, handball and basketball.

He also owns the City Football Group, which was founded in 2014 and consists of Manchester City FC, Melbourne City FC and New York City FC and others

How much did Sheikh Mansour pay for city?

Mansour Paid $212 million Since then, accounts show he has invested $1.8 billion to lift the club from mid-table also-rans to all-conquering giants.

How rich is Mansour?

Sheikh Mansour is the richest football club owner in the world. He has a net worth of $21 billion

Does Man City make a profit?

According to the club’s statement, Man City made a loss of £126 million in 2020 due to the pandemic. However, the club makes a lot of profit