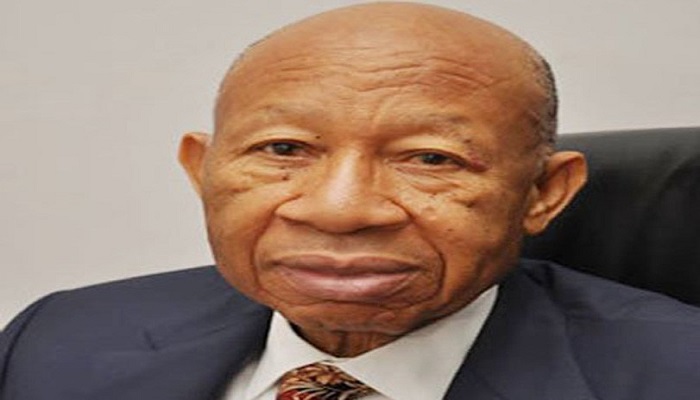 Glusea brings to you Pascal Dozie net worth.

Pascal Gabriel Dozie  is a Nigerian entrepreneur and businessman. He is the founder of Diamond Bank and the chairman of Pan-Atlantic University.

Pascal is one of the wealthiest people in Nigeria. His net worth is estimated at $ 1 billion

Dozie was born in 1939 in Egbu village of Owerri. He was born into the family of Charles Dozie who was a Catholic Catechist. Dozie attended Our Lady’s School Emekuku where he obtained his First School Leaving Certificate (FSLC).

Pascal is married to Chinyere Dozie and have five children.

Pascal Dozie began his career as an Economist at the National Economic Development Office in the United Kingdom. He was also a part-time lecturer at the North Western Polytechnic, London. Between 1970 and 1971 he served as a consulting economist at African States Consulting Organisation in Uganda. In 1971 after he quit his job in Uganda, he relocated to Nigeria at the request of his mother.

In 1971 after his return to Nigeria, with his experience in Econometrics and Industrial Engineering he launched his first company African Development Consulting Group (ADCG) which brought about Diamond Bank in recent time. The company had worked with companies like Nestle and Pfizer.

He was subsequently hired by Clement Isong the then Central Bank of Nigeria Governor to conduct some studies on Co-operative and Commerce Bank.

In 1985, he was appointed Chairman of Progress Bank which is defunct. Later that same year Dozie applied for a banking license in order to help traders in the South-Eastern Nigeria who were faced with issues of banking. This brought about the birth of Diamond Bank.

At inception the share capital of the bank was ₦10million ($28,000) with only 21 interested shareholders. In 1990, he satisfied the terms of Central Bank of Nigeria to operate a standard bank and in 1991 the bank began operations. He was CEO of Diamond Bank from 1991 to 2006 when he handed over to his son Uzoma Dozie.

Dozie was also a one time President of the Nigerian Stock Exchange. He currently owns shares in MTN Group and was Chairman of the company. He later resigned as the chairman and was succeeded by the former NCC boss Ernest Ndukwe.

Pascal Dozie  net worth is $ 1 billion. He is one of the richest people in Nigeria.