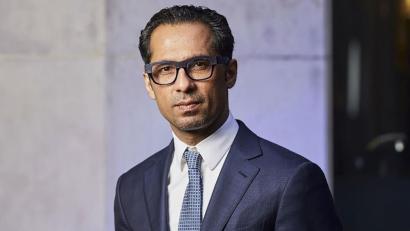 Glusea brings to you Mohammed Dewji net worth

He is the CEO of METL, a Tanzanian conglomerate founded by his father in the 1970s.

Dewji was born on 8 May 1975 in Ipembe, Singida. He is the second of six children of Gulamabbas Dewji and Zubeda Dewji.

Dewji attested that he almost died at birth due to having the umbilical cord wrapped around his neck, a condition known as nuchal cord. By the time Dewji started school, his father had built a family shop into a thriving import-export company.

Dewji received his primary education in Arusha at the Arusha Primary School and continued his secondary education at the International School of Tanganyika (IST) in Dar es Salaam, Tanzania.

Dewji attended Georgetown University in Washington, D.C., graduating in 1998 with a bachelor’s degree in international business and finance and a minor in theology.

Upon graduation from university, Dewji returned home and assumed the management of Mohammed Enterprises Tanzania Limited (MeTL), a commodities trading business founded by his father.

After two years of working with the company, he became chief financial officer (CFO) at MeTL.

In the early 2000s, when the Tanzanian government privatized loss-making companies, he acquired them inexpensively and turned them into profit centers by trimming personnel expenses.

MeTL Group of Companies is the largest privately owned conglomerate in Tanzania.

At the age of 25 competed to become the Member of Parliament (MP) for Singida Urban.

Despite winning the preliminary votes for the ruling party, Chama Cha Mapinduzi (CCM) with an overwhelming majority, Dewji was deemed too young to hold the parliamentary seat.

Dewji stood for the parliamentary seat again and was chosen by CCM to stand as a candidate for Singida Urban.

In the general election he won with 90% of the votes and was sworn in as an MP for Singida Urban constituency on 29 December 2005.

Dewji served for ten years before resigning from politics in October 2015.

Dewji established the Mo Dewji Foundation in 2014, with the goal of alleviating Tanzanian citizens from poverty and hardship.

The focus of his charitable activities covers education, health and community development projects across Tanzania.

Dewji has spent more than US$3 million on projects that have directly improved the lives of Tanzanians.

On 11 October 2018, Dewji was kidnapped and abducted by armed gunmen outside the Colosseum Hotel in Dar es Salaam, where he was arriving for a morning workout.

At approximately 2:30 am on 20 October, Dewji called his family, saying that he was released at the Gymkhana grounds.