Top 10 richest musicians in Africa 2022: Music is a powerful tool that triggers joy and other exciting emotions. This is the reason, many people highly regard musicians for their artistic talents which easily inspire devotion and intense support.

Music is a business with a high-income generation. If you are a fan of a musician or simply a lover of music in general, you would want to know the richest musician in Africa. In this post, you will get to know the latest update of Forbes ranking of the top ten richest musicians in Africa, their Net worth, and country of origin. 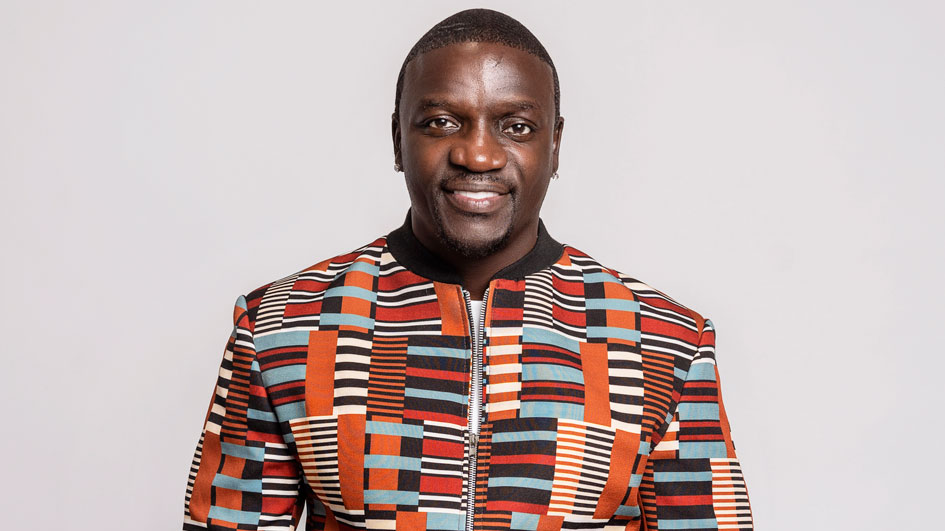 As his fame and massive success distinguish him as one of the top 10 richest musicians in Africa, Akon is presently worth $80 million. For many years, Akon has featured among the world’s most acclaimed musicians. Significantly and through the influence of his blockbuster albums believed to have recorded more than 35 million sales, his fame continually swirls across and beyond Africa.

Besides the mouthwatering returns he earns through endorsements and album sales, Akon has dignified his music gallery with a total of 45 Billboard Hot 100 songs and lots of awards. Furthermore, he has appeared in remarkable nominations –particularly his presence on the list of Grammy Award nominations for a total 5 times.

Black Coffee is a South African DJ and record producer whose real name is Nkosinathi Innocent Maphumulo (born 11 March 1976). He began his career around 1994 and has released five albums as well as a live DVD.

The success of Don Jazzy in music means he is one of the top 10 richest musicians in Africa. Don Jazzy has net worth of $30 million. Michael Collins Ajereh known professionally as Don Jazzy, is a Nigerian record producer, Brand Ambassador, audio engineer, record executive, singer, entrepreneur, Influencer and Comedian. He is the founder and the CEO of Mavin Records. Don Jazzy was co-owner of the defunct Mo’ Hits Records record label with Dbanj. His younger brother is D’Prince.

Don Jazzy has amassed wealth from his career in music and is obviously living his dream life at the moment. His garage include Bentley Continental Flying Spur, Lexus LX570, Toyota Prado and a Mercedes-Benz G-Wagon.

Wizkid net worth is $30 million and he is one of the most successful musicians in Africa and his among the top 10 richest musicians in Africa. Wizkid was born Ayodeji Ibrahim Balogun on 16 July 1990, in Surulere, Lagos. He grew up in an interfaith household with twelve female siblings. His mother is a Pentecostal Christian and his father practices Islam. Wizkid attended Ijebu Ode Grammar School

He rose to prominence in 2010 with the release of the song “Holla at Your Boy” from his debut studio album, Superstar (2011). “Tease Me/Bad Guys”, “Don’t Dull”, “Love My Baby”, “Pakurumo” and “Oluwa Lo Ni” were also released as singles from the Superstar album.

In February 2014, Wizkid became the first ever Nigerian musician to have over 1 million followers on Twitter. Ayo, his self-titled second studio album, was released in September 2014. It was supported by six singles: “Jaiye Jaiye”, “On Top Your Matter”, “One Question”, “Joy”, “Bombay” and “Show You the Money”.

Paul joined a school of music and drama club where he started dancing and performing covers songs produced by MC Hammer, Bobby Brown and Michael Jackson with his brother Peter.

Davido net worth is currently purged at $40 million and he is among the list of the top 10 richest musicians in Africa is Nigerian sensation Davido. He has an estimated fortune of $ 40 million

David Adedeji Adeleke better known by his stage name Davido, is a Nigerian singer, songwriter, and record producer. Born in Atlanta and raised in Lagos, Davido made his music debut as a member of the music group KB International.

On November 30, 2017, Davido won the Best African Act at the MOBO Awards and also became the first African act to perform live at the awards.

On June 24, 2018, Davido became the first African-based artist to have received his award on the BET Awards main stage. His award was presented by Hollywood actor Omari Hardwick and actress Tika Sumpter. In his acceptance speech, he urged patrons and American artists to visit Africa and also to enjoy the food

Burna Boy net worth is $35 million and he is among the top 10 richest musicians in Africa. Damini Ogulu was born in Port Harcourt, Nigeria. His father managed a welding company and his mother worked as a translator.

He attended Corona Secondary School in Agbara (Ogun State) and relocated to London to further his studies. He later studied Media Technology at the University of Sussex.

He rose to prominence in 2012 after releasing “Like to Party”, the lead single from his debut studio album L.I.F.E (2013). In 2017, Burna Boy signed with Bad Habit/Atlantic Records in the United States and Warner Music Group internationally. His third studio album Outside marked his major-label debut.

Mr. P is among the is one of the top 10 richest musicians in Africa brought to you by Glusea

Peter Okoye knew on stage as Mr. P is a Nigerian singer, songwriter, and performer. He was a member of the now-disbanded P-Square music group. Mr. P is one of the top 10 richest musicians in Africa

Mr P and his twin brother known in the showbiz as Rudeboy  grew up in a large family, at the capital of Plauteau State, Nigeria. He was born into the family of Josephine Okoye and Mazi Moses Okoye.

Innocent Ujah Idibia (born in Jos, Plateau State, Nigeria), known by his stage name 2Baba, is a Nigerian singer, songwriter, record producer and entrepreneur. Prior to July 2014, he went by the stage name 2face Idibia. He is one of the most decorated and successful Afro pop artists in Africa, and is also one of the most bankable artists in Africa.

D’banj known is real life as Oladapo Daniel Oyebanjo is a Nigerian singer, songwriter, entrepreneur and television personlity.  D’banj net worth is estimated as 18 million.

D’banj, also known as the Kokomaster or Bangalee, was born on 9 June 1980 in Zaria, the northern part of Nigeria to a military officer who commanded an artillery regiment and a devout church dignitary businesswoman who hailed from Shagamu in Ogun State.

Sarkodie was ranked the 19th most Influential Ghanaian by e.tv Ghana. He is considered one of the major proponents of the Azonto genre and dance. Sarkodie is often named as one of Africa’s greatest hip hop artists.

Sarkodie was born on July 10, 1988. He was raised in Koforidua before his parents moved to Tema where he started schooling. He attended Tema Methodist Day Senior High School and proceeded to IPMC, where he earned a degree in graphic design.

Sarkodie began his music career as an underground rapper, participating in Adom FM’s popular rap competition Kasahare Level. He met his former manager Duncan Williams of Duncwills Entertainment while participating in the aforementioned competition. He also met musicians Edem and Castro, who introduced him to Hammer of The Last Two, an established record producer.

In 2015, AfricaRanking.com ranked him third on its list of the “Top 10 African Rappers of 2015”. In 2015, The Guardian listed him as one of its top five hip hop acts on the African continent.

Sarkodie net worth is $16 million

Jidenna Theodore Mobisson better known as Jidenna, is an American rapper and singer. In 2015, Jidenna released two singles, “Classic Man” (featuring Roman GianArthur and Kendrick Lamar) and “Yoga” (with Janelle Monáe), promoting Monáe’s label Wondaland Records’ compilation EP, The Eephus (2015) with Epic Records. His debut album, The Chief, was released on February 17, 2017, and peaked at number 38 on the Billboard 200.

Diamond Platnumz, is a Tanzanian bongo flava recording artist, actor, dancer, philanthropist and a businessman from Tandale, Dar es Salaam. He is the founder and CEO of WCB Wasafi Record Label also a TV Station titled Wasafi Tv & a radio station titled Wasafi Fm. Diamond Platnumz net worth is estimates at $7 million making him one of the top 10 richest musicians in Africa .

You can read an interesting article about Kandi on Two and a Half Men.

Summary of the top 10 Richest Musicians in Africa

What do you think about the list of the top 10 richest musicians in Africa? leave your reply in the comments below

Acing Your Essay Introduction – How Should You Begin?