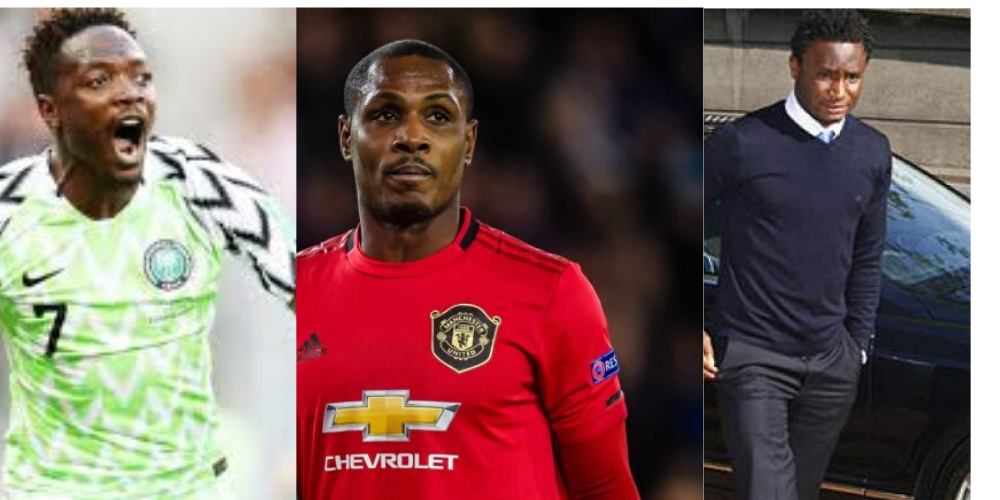 Who is the richest footballer in Nigeria in 2021?

Nigeria is the largest exporter of footballers abroad on the African continent. The West Country has also produced some of the best footballers in Africa’s football history, talking about the likes of Nwankwo Kanu, Jayjay Okocha, and many more. Footballers who seek greener pastures abroad actually earn much from their talents.

In this article, we will be sharing with you the richest footballer in Nigeria and the list of the top 10 wealthiest soccer players in Africa’s largest country( by population).

John Obi Mikel is the richest footballer in Nigeria. He started playing football with local club Plateau United. Mikel later joined the Norwegian club Lyn in 2004. He was only 17 at the time.

Mikel Obi has played for six clubs in his 15 years of a professional career. His biggest breakthrough was a move to English Premier League giants Chelsea FC. In 2017, Mikel made  7.28 million GBP playing for Chinese club Tianjin TEDA F.C. –

John Mikel has made 88 appearances for the Super Eagles scoring six times.

Martins has played for a total of 11 different clubs beginning in 1990. He was sixteen years then. He played a forward. Known for his speed, Martins has chalked success in top clubs including; Inter Milan, New Castle, Wolfsburg among others. His biggest monetary breakthrough was when he joined Chinese side Shanghai Shenhua.

In 2017, Martins was listed among the top 20 highest paid footballers in China. His yearly salary in Shanghai Greenland Shenhua club is about $6.6 million.

Ighalo is the second highest paid African footballer at the moment.

Ighalo is currently playing for Manchester United, on loan from Shanghai Greenland Shenhua of the Chinese Super League. He takes a weekly wage of £300,000.

Ighalo currently drives in some of the most expensive cars including; Range Rover Sport, Mercedes Benz G Wagon among others

Enyeama is Nigeria’s most capped goalkeeper of all time with about 101 professional appearances.  He was part of the team that won the CAF Champions League twice.

Vincent is one of the richest footballers in Nigeria. He drives a Range Rover Evoque and Mercedes Benz C Class coupé.

Moses began his career in the Championship with Crystal Palace, before his performances caught the eye of Wigan Athletic, where he made his Premier League debut in 2010.  He currently plays for Inter Milan on loan from Chelsea. Moses earns almost $13,000 a week.

Musa became the first Nigerian to score more than once in a FIFA World Cup match, after scoring twice against Argentina in the 2014 FIFA World Cup.

He is one of the richest footballers in Nigeria at the moment. Musa owns a filling station in Kano state and drives a and a BMW i8, a ₦15 million Range Rover Sport, and a Mercedes Benz G Wagon

Emmanuel started his football career with Nigerian local club Delta Force. During his time at the club, Emenike used to go on foot to training every day due to lack of money for transportation. This was because he was not paid while playing for the club.

He is currently a free agent, having played most recently for Beijing Enterprises. most of his football. Victor spent most of his career time in England and Asia.

The Imo state star drives a Rolls Royce, BMW 18 worth ₦12 million, a Mercedes C300 worth ₦18 million, and a Range Rover too.

Richest Footballer in the World