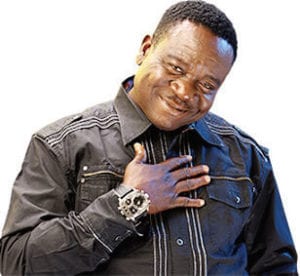 John Ikechukwu Okafor, popularly known as Mr. Ibu, is a Nigerian actor and comedian. Okafor is considered to be one of Nigeria’s most talented comic characters. John Okafor net worth is estimated at $4.2 million.

Mr. Ibu known in real life as John Okafor is known for his ability to make people laugh with his comic stylish acting. However, Okafor’s life did not begin with a barrel of laughs.

Okafor hails from Nkanu West L.G., Enugu State. After elementary school, in 1974, Okafor moved to Sapele to stay with his brother, after his father’s demise.

His father and five other members of his family were killed in the same year, 1976, poisoned by someone who was revealed by the actor’s father posthumously.

Mr. Ibu did many menial jobs in the early part of his life to support himself and his family. He worked as a hairstylist, He also had a job in photography. He was able to enroll himself in  Institute of Management and Technology (IMT).

His debut movie was titled Rolling Stone, which earned him a mere N5,000 which is a far cry from the six-figure sums he rakes in today with his movies.

After his extensive stint in the film industry, he has not only earned experience but wealth as well. He appears on the list of the 10 wealthiest actors in the Nollywood film industry.

His attitude and his interpretation of roles have created a massive demand for the actor such that he has gone beyond the borders to work in international scenes like the Ibu Runs Mad in America which is a Hollywood and Nollywood joint project.