Famous Quotes From the web 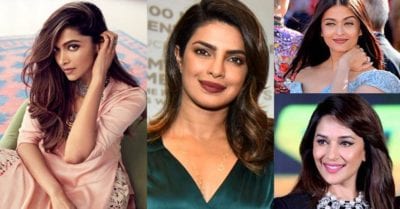 The Indian movie industry (Bollywood) is one of the best movie industries in the world. With world wide audience, the industry is filled with glamour and glitz. With over 1000 movies produced every year, The movie stars make a lot of money. Read the Richest actress in India 2021 and the list of the top wealthiest actresses.

Deepika Padukone is an Indian film actress and producer. One of the highest-paid actresses in India, her accolades include three Filmfare Awards. She features in listings of the nation’s most popular personalities, and Time named her one of the 100 most influential people in the world in 2018. She is the richest actress in India 2020.

Kareena Kapoor Khan was born on 21st September 1980.She is an Indian actress who appears in Hindi films. She is the daughter of actors Randhir Kapoor and Babita, and the younger sister of actress Karisma Kapoor.

Noted for playing a variety of characters in a range of film genres—from romantic comedies to crime dramas—Kapoor is the recipient of several awards, including six Filmfare Awards, and is one of Bollywood’s most popular and highest-paid actresses.

Katrina Kaif  is an English actress who works in Hindi films. She has established herself in Bollywood and is one of India’s highest-paid actresses.

Born in Hong Kong, Kaif and her family lived in several countries before she moved to London.

One of the most beautiful Bollywood actresses, Priyanka Chopra Jonas was born 18th July 1982. She is an actress, singer, and film producer. Priyanka won the miss world pageant in 2000. She is one of the highest paid actresses in India. She has a net worth of $ 28 million.

Kangana Ranaut  is an Indian actress and filmmaker who works in Hindi films. The recipient of several awards, including three National Film Awards and four Filmfare Awards, she has featured six times in Forbes India‘s Celebrity 100 list. In 2020, the Government of India awarded her with the Padma Shri.

Sonam Kapoor Ahuja is an Indian film actress. She has received a National Film Award and a Filmfare Award, and from 2012–2016, she appeared in Forbes India‘s Celebrity 100 list based on her income and popularity.

Shruti Haasan  is an Indian film actress and singer who works predominantly in Tamil, Telugu, and Hindi language films. Born in the Haasan family, she is the daughter of actors Kamal Haasan and Sarika Thakur. She is the recipient of several awards, including three Filmfare Awards South, and has established herself as one of the leading actresses of South Indian cinema.

Parineeti Chopra was born on 22nd October 1988. is an Indian actress and singer who appears in Hindi films. Chopra is a recipient of several accolades, including a Filmfare and National Film Award.

She initially aspired to pursue a career in investment banking, but after obtaining a triple honours degree in business, finance and economics from Manchester Business School she returned to India during the 2009 economic recession and joined Yash Raj Films as a public relations consultant.