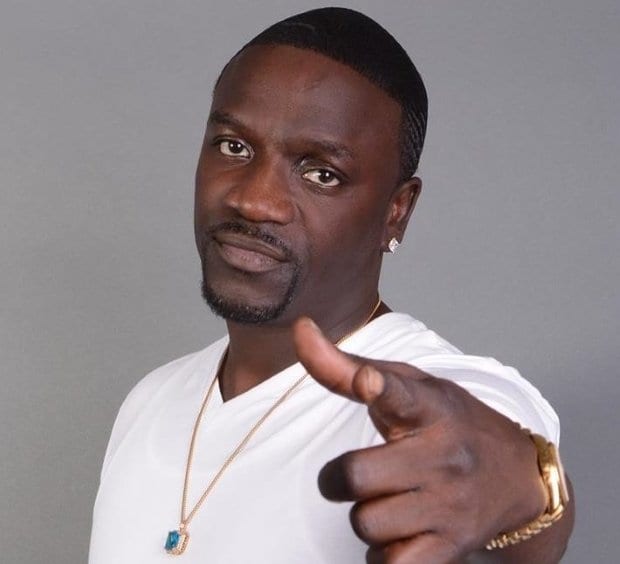 Youssou N’Dour is also known as Youssou Madjiguène Ndour is a Senegalese singer, songwriter, composer, occasional actor, businessman, and politician. In 2004, Rolling Stone magazine described him as, “perhaps the most famous singer alive” in Senegal and much of Africa

Youssou N’Dour is the richest musician in Africa with a net worth of $150 million.

Aliaune Damala Badara Akon Thiam also known mononymously as Akon, is a Senegalese-American singer, rapper, songwriter, record producer, entrepreneur, philanthropist and actor from New Jersey. He rose to prominence in 2004 following the release of “Locked Up” (featuring Styles P), the first single from his debut album Trouble (2004), followed by the second single “Lonely”.

Akon’s net worth is $80 million making him one of the richest musicians in Africa.

He began his career around 1994 and has released nine studio albums, as well as a live DVD

Maphumulo became prominent after participating in the 2004 Red Bull Music Academy that was held in Cape Town. In September 2015, he won the “Breakthrough DJ of the Year” award at the DJ Awards in Ibiza.

David Adedeji Adeleke popularly known as Davido, is a Nigerian-American singer, songwriter, and record producer. Davido is one of the most successful and well-known music stars in Nigeria and Africa.

Ayodeji Ibrahim Balogun known professionally as Wizkid (sometimes stylized as WizKid), Wizzy, Big Wiz, or Starboy, is a Nigerian singer and songwriter. The recipient of several international music award nominations and awards, he began recording music at the age of 11

Wizkid is one of the most successful music stars in Africa. He has been the most-streamed Nigerian artist of all time on Spotify, with over 3.4 billion streams across all credits.

Wizkid net worth is $30 million making him one of the richest musicians in Africa.

Michael Collins Ajereh known professionally as Don Jazzy, is a Nigerian record producer, audio engineer, record executive, singer, songwriter, entrepreneur and philanthropist. He is the founder and the CEO of Mavin Records. Don Jazzy was co-owner of the defunct Mo’ Hits Records record label with Dbanj.

Paul Okoye who is better known as Rudeboy, is a Nigerian singer, songwriter and record producer. He rose to fame in the 2000s as a member of the P-Square duo with his identical twin brother Peter Okoye.

Rudeboy is the brain behind several hits songs including; ‘Fire Fire, Audio Money, Lucky, Nkenji Keke, Reason with Me, among others.

Rudeboy’s net worth is $25 million making him one of the top 50 richest musicians in Africa.

Damini Ebunoluwa Ogulu known professionally as Burna Boy is a Nigerian singer, songwriter, rapper, and dancer. He is one of the biggest and most successful African artists.

He was awarded the African Artist of the year at the 2020 VGMA’s. In 2020, his album Twice as Tall was nominated for the same category at the 63rd Annual Grammy Awards, making him the first Nigerian with back-to-back nominations at the Grammys.

In 2021, he won the award for Best World Music Album at the 63rd Annual Grammy Awards.

Peter Okoye known on stage as Mr. P is a Nigerian singer, songwriter, and performer. He was a member of the now-disbanded P-Square music group.

Mr. P is one of the top 50 richest musicians in Africa with a net worth of $20 million

Michael Owusu Addo known professionally as Sarkodie is a Ghanaian rapper and entrepreneur from Tema. His contributions to the Ghanaian music industry have earned him numerous accolades, including the Vodafone Ghana Music Award for “Artiste of the Decade”. He was announced the first winner of BET’s Best International Flow artist at the 2019 BET Hip Hop Awards.

He is also considered one of the major proponents of the Azonto genre and dance and one of the most successful African rappers of all time.

Sarkodie’s net worth is $18 million making him one of the top 50 richest musicians in Africa.

Sauti Sol is a Kenyan afro-pop band formed in Nairobi, Kenya by vocalists Bien-Aimé Baraza, Willis Chimano, and Savara Mudigi in 2005. Initially, an a cappella group, guitarist Polycarp Otieno joined before they named themselves Sauti Sol

Sauti Sol is among the wealthiest African musicians with a net worth of $18 million.

Innocent Ujah Idibia known by his stage name 2Baba, is a Nigerian singer, musician, songwriter, record producer, entrepreneur, philanthropist, humanitarian, and activist. Prior to July 2014, he went by the stage name 2face Idibia.

He is one of the most decorated and successful Afro pop artists in Africa. 2Baba is the first winner of MTV Europe, Best African Act Award in 2015

2Baba net worth is $17 million and he is among the richest musicians in Africa.

Oladapo Daniel Oyebanjo, better known by his stage name D’banj, is a Nigerian musician, singer, songwriter, rapper, entrepreneur and television personality. He has won several music awards, including the awards for Best African Act at the MTV Europe Music Awards 2007, Artist of the Year at the MTV Africa Music Awards 2009,

D’banj’s net worth is $17 million and he is among the wealthiest musicians in Africa.