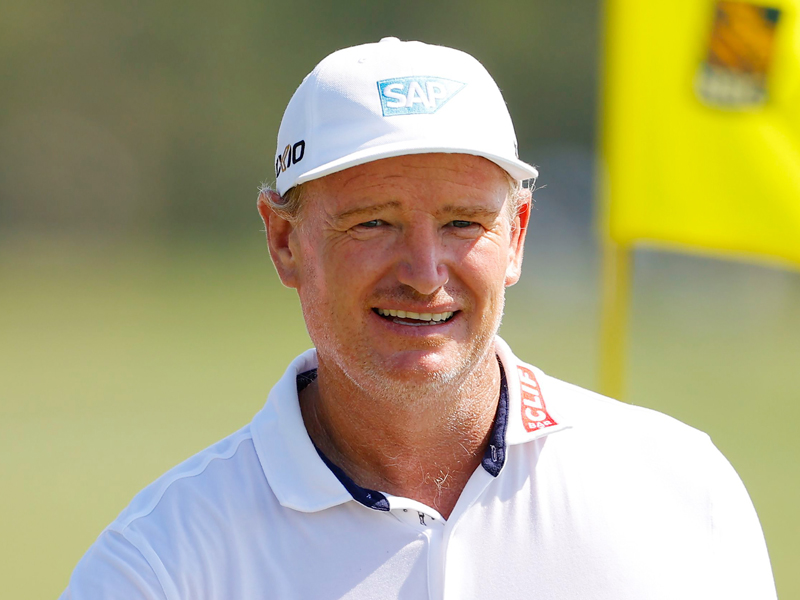 Ernie Els net worth 2023: Theodore Ernest Els is a professional South African professional golfer, popularly known as Ernie Els. He was also called “The Big Easy” sometimes, this was as a result of his huge and intimidating stature coupled with his flexible golf swing. He has recorded more than 70 career victories  with four majors included. This articles discusses his life, career and net worth.

“The Big Easy”, Theodore Ernest Els, was born on October 17,1969 in Johannesburg South Africa. His parents are Neels Els and Hettie Els. He was a Jack of all Trade while growing up, this is because he was involved in Cricket, Rugby, tennis and golf. Els’ father Neels Els worked as a trucking executive at Germiston Club and was also Ernie Els coach while he was growing up. With time, Ernie Els began to outshine his father and his sibling Dirk.

Ernie Els began developing a strong passion for Golf that he decided to focus on playing golf. Prior to his success in golf, Els also excelled in tennis, winning the Eastern Transvaal Junior Championship when he was 13 years old. After making up his mind to pursue a career in Golf Ernie Els recorded his first win as a young teenager at the IMG Junior World Golf Championship for those between the age range of 13-14.

Els became a pro in in 1989 following his victory at the South African Amateur Stroke Play Championship, the same year he turned Pro.

In 1991-1992,he played on the Sunshine Tour Order of Merit where he eased past his contemporaries. He recorded his first win outside SOUTH Africa when he played in the Dunlop Phoenix Tournament on the Japan Tour.

Ernie Els went on to win several tournaments including the U.S Open and Open Championship which he won each of them twice, thereby becoming one of the sixth golfers to achieve such a feat. So far he has recorded a total of 74 wins  worldwide including the British Open and other major championships. He has a progressive golf course design business with 11 course already open and seven more under development.

Ernie Els established a charity organization named ‘Ernie Els and Fancourt Foundation’ which aims at discovering and developing children with golf talent and also providing support for families that are les privileged and cannot actualize their golf dreams.

Ernie Els net worth 2023 is estimated at around $85 million. He is one of the most decorated golfers in history.