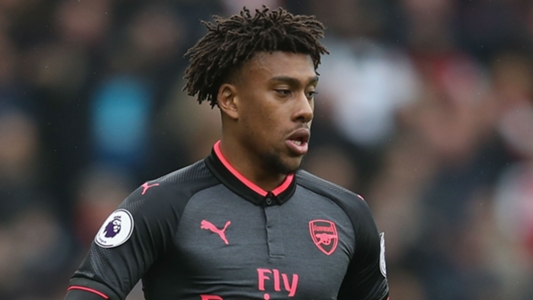 Alexander Chuka Iwobi is a Nigerian professional footballer who plays as a forward for Premier League club Everton and the Nigerian national team. Alex Iwobi net worth is estimated at about $7 million.

Alex Iwobi was born on 3rd May, 1996  in Lagos, Nigeria. He relocated to Turkey before moving to London. Iwobi grew up in Newham, London. His maternal uncle is former professional footballer Jay-Jay Okocha

He was first involved in a first-team match as an unused substitute in a League Cup match against West Bromwich Albion on 25 September 2013. He signed a long-term contract with Arsenal in October 2015.

In 2015, Iwobi made his first-team debut for the club, starting in a 3–0 defeat to Sheffield Wednesday in the Round of 16 of the League Cup.

He made his Premier League debut four days later in a 3–0 win against Swansea City at the Liberty Stadium, as a stoppage-time substitute for Mesut Özil.

Iwobi made his Champions League debut as an 85th-minute substitute in a 5–1 defeat against Bayern Munich.

Iwobi started in the first team for the 2015–16 FA Cup 3rd and 4th round home wins against Sunderland and Burnley respectively.

On 8 August 2019, Iwobi signed a five-year contract with Everton. According to the BBC, Arsenal received a fee of an initial £28 million, rising to £34 million with potential add-ons.

Iwobi made his debut as a substitute for the final half-hour in place of Gylfi Sigurðsson in a 2–0 loss at Aston Villa.

Iwobi started as a youth international for England, with whom he won the 2011 Victory Shield. Iwobi went on though to play for Nigeria.

He made his senior debut for the Super Eagles on 8 October 2015.

He was included in Nigeria’s squad for the 2019 tournament.

Iwobi is worth about $ 7 million.