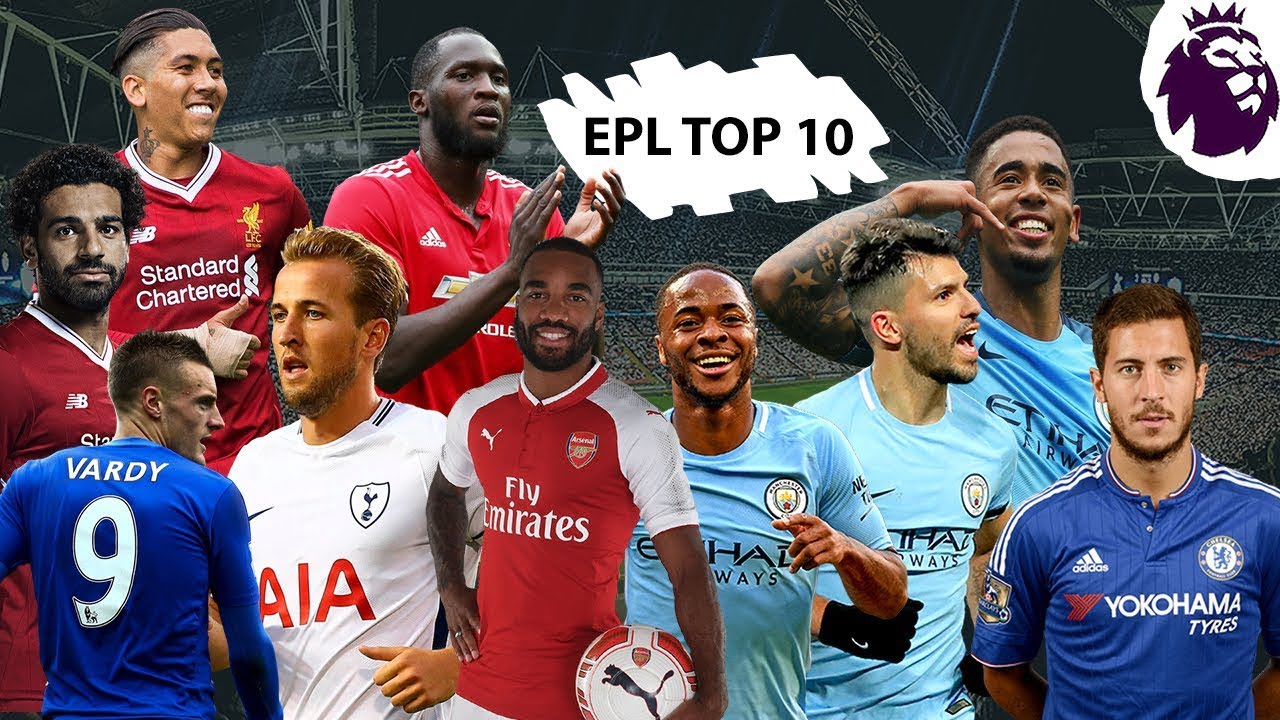 who are the Top 10 Premier league top scorers all-time?

This article is about the Top 10 Premier league top scorers all-time, the total number of goas scored and the clubs they played for.

The English premier league is without doubt the most valuable football league in the world. There have been records set and broken by different footballers over the years.

Currently, there are about 31 footballers with at least 100 goals in the history of premier league football. But in this article, we will restrict our attention to the top 10 premier league all time top scorers.

In the list of the all time premier league top scorers has three African names with Sadio Mane and Mohammed Salah being the last two to join Didier Drogba of Chelsea fame.

Five of the 31 players have accomplished the feat without scoring a penalty – Sadio Mané, Peter Crouch, Emile Heskey, Les Ferdinand, and Andy Cole.

Harry Kane is the second-fastest to 100 goals, doing so in 141 games. At 23 years and 133 days, Michael Owen is the youngest player to reach the 100 goal milestone

Michael James Owen is an English former footballer who played as a striker for Liverpool, Real Madrid, Newcastle United, Manchester United and Stoke City, as well as for the England national team. Since retiring from football in 2013, he has become a racehorse breeder and owner and regularly features as a sports pundit and commentator.

Jermain Colin Defoe OBE is an English professional footballer and coach who plays as a striker and coaches for Scottish Premiership club Rangers. Defoe has also played for the England national team.

Robert Bernard Fowler is an English football manager and former player, who most recently managed East Bengal in the Indian Super League.

As a player he was a striker, and is the seventh-highest goalscorer in the history of the Premier League. He is best known for his time at Liverpool, initially from 1993 to 2001.

Harry Edward Kane MBE is an English professional footballer who plays as a striker for Premier League club Tottenham Hotspur and captains the England national team.

Regarded as one of the best strikers in the world, Kane is known for his prolific goalscoring record and ability to link play.

Thierry Daniel Henry is a French professional football coach and former player who is an assistant coach for the Belgium national team.

Frank James Lampard OBE is an English professional football manager and former player who was the head coach of Premier League club Chelsea from July 2019 until January 2021.

He is widely considered to be one of Chelsea’s greatest ever players, and one of the greatest midfielders of his generation.

He has the record of the most goals by a midfielder in the Premier league and scoring the highest number of goals from outside the box (41).

Sergio Leonel Agüero del Castillo also known as Kun Agüero, is an Argentine professional footballer who plays as a striker for La Liga club Barcelona and the Argentina national team.

He wears “Kun” on his shirt, a childhood nickname based on the title character from the cartoon Kum-Kum.

Andrew Alexander Cole is an English former professional footballer who played as a striker. His professional career lasted from 1988 to 2008, and is mostly remembered for his time with Manchester United, who paid a British record transfer fee to sign him from Newcastle United.

Cole spent six years with Manchester United and won eight major trophies, including the Treble of the Premier League, FA Cup and UEFA Champions League in 1999.

Wayne Mark Rooney is an English professional football manager and former player. He is the manager of EFL Championship club Derby County, for whom he previously served as interim player-manager.

He spent much of his playing career as a forward while also being used in various midfield roles.

Widely considered one of the best players of his generation, Rooney is the record goalscorer for both the England national team and Manchester United.

Alan Shearer CBE DL  is an English football pundit and retired football player and manager who played as a striker.

More on Top premier league top scorers of all time

Previous article
17 Reasons Why Lionel Messi is The Best
Next article
How To Choose Between The Hot Wallet And The Cold Wallet For Storing Your Bitcoin?