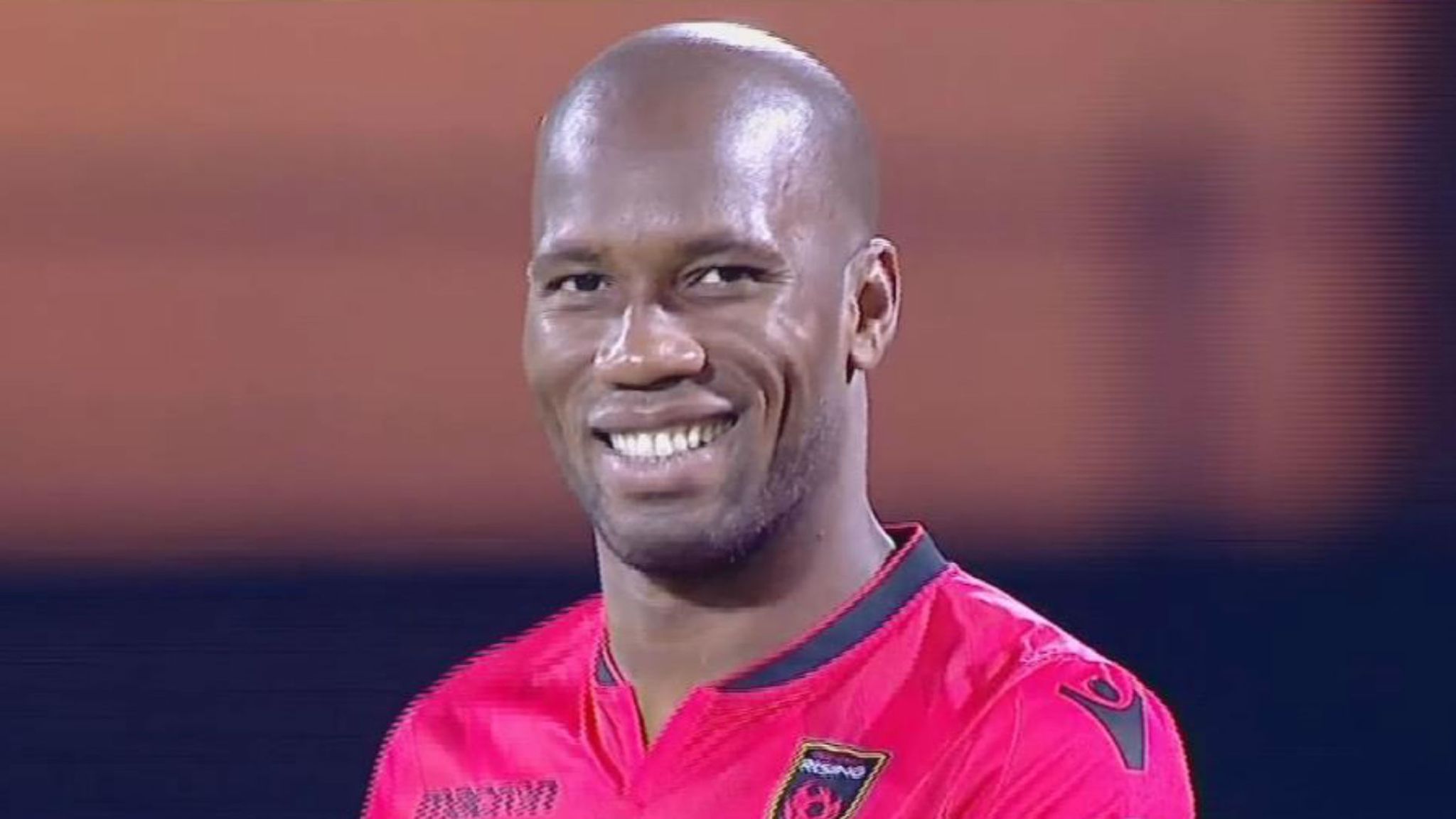 What is Didier Drogba net worth?

Didier Drogba net worth 2023: Drogba is one of the all time best footballers in the African continent. He is also among football players who have scored more than 100 goals.

Drogba  is best known for his career at Chelsea, for whom he has scored more goals than any other foreign player and is currently the club’s fourth highest goal scorer of all time. He was named African Footballer of the Year twice, winning the accolade in 2006 and 2009.

Drogba was born in Abidjan, Ivory Coast, and at the age of five was sent to France by his parents to live with his uncle, Michel Goba, a professional footballer.

Drogba soon became homesick and returned to Abidjan after three years.  His mother nicknamed him “Tito”, after president Josip Broz Tito of Yugoslavia, whom she admired greatly.

He played football every day in a car park in the city but his return to the Ivory Coast was short lived. Both of his parents lost their jobs and he again returned to live with his uncle.

In 1991, his parents also travelled to France; first to Vannes and then, in 1993, setting in Antony in the Paris suburbs, at which point the 15-year-old Drogba returned to live with them and his siblings. It was here that he began playing team football more frequently, joining a local youth side.

Drogba then joined the semi-professional club Levallois, gaining a reputation as a prolific scorer in the youth team and impressing the coach with his professional attitude.

His performances earned him a place in the senior squad but despite scoring in his debut, the 18-year-old Ivorian failed to make an impression on Jacques Loncar, the first team coach.

After playing in youth teams, Drogba made his professional debut aged 18 for Ligue 2 club Le Mans, and signed his first professional contract aged 21.

After finishing the 2002–03 season with 17 goals in 34 appearances for Ligue 1 side Guingamp, he moved to Olympique de Marseille, where he finished as the third highest scorer in the 2003–04 season with 19 goals and helped the club reach the 2004 UEFA Cup Final.

In July 2004, Drogba moved to Premier League club Chelsea for a club record £24 million fee, making him the most expensive Ivorian player in history. In his debut season he helped the club win their first league title in 50 years, and a year later he won another Premier League title.

His displays saw him named in the FIFA World XI for 2007. In March 2012, he became the first African player to score 100 Premier League goals. Just two months later, he scored in Chelsea’s 2012 FA Cup Final win over Liverpool to become the first (and as of 2017, the only) player to score in four separate FA Cup finals.

He also played in the 2012 UEFA Champions League Final, in which he scored an 88th-minute equaliser and the winning penalty in the deciding shoot-out against Bayern Munich.

After spending 6 months with Shanghai Shenhua in China, and one and a half seasons with Turkish club Galatasaray where he scored the winning goal in the final of the 2013 Turkish Super Cup, Drogba returned to Chelsea in July 2014.

With a career record of scoring 10 goals in 10 finals winning 10 trophies at club level, Drogba has been referred to as the “ultimate big game player”. He joined Canadian club Montreal Impact in 2015 as a Designated Player and played 41 matches over two seasons, scoring 23 goals.

Drogba became a player–owner for Phoenix Rising of the United Soccer League in 2017, and retired a year later at the age of 40.

An Ivory Coast international between 2002 and 2014, Drogba captained the national team from 2006 until his retirement from the Ivory Coast team and is the nation’s all-time top goalscorer with 65 goals from 105 appearances.

He was part of the Ivory Coast teams that reached the final of the Africa Cup of Nations in 2006 and 2012, but were beaten on penalties on both occasions. On 8 August 2014, he announced his retirement from international football. In 2018, Drogba retired from professional football at the age of 40.

Active in social issues in Africa, Drogba played a vital role in the peace process in his home country.

In 2007 he was appointed a Goodwill Ambassador for the United Nations Development Programme, and in December 2018 he became Vice President of the international organization Peace and Sport.

Didier Drogba Net Worth 2023 is estimated at $60.8 million making him one of the richest footballers in Africa. Drogba has also been one of the most successful footballers from the African continent.

He is best known for his career at Chelsea, for whom he has scored more goals than any other foreign player and is currently the club’s fourth highest goal scorer of all time. Drogba was named in the Chelsea team of the 2010–2020 decade by Chelsea’s fans.

He was named African Footballer of the Year twice, winning the accolade in 2006 and 2009.

Drogba is married to Lalla Diakité, a Malian woman whom he met in Paris, and the couple have three children together.

His eldest son, Isaac, was born in France in 1999, grew up in England and has played in the Chelsea academy system. He signed for French club Guingamp in February 2018.

Drogba has two younger brothers who are also footballers: Joël and Freddy Drogba.

Thanks for reading about Didier Drogba Net Worth. Leave your thoughts in the comments below

Content provided by Glusea.com is for informational purposes only and may not be published on another website without written permission.