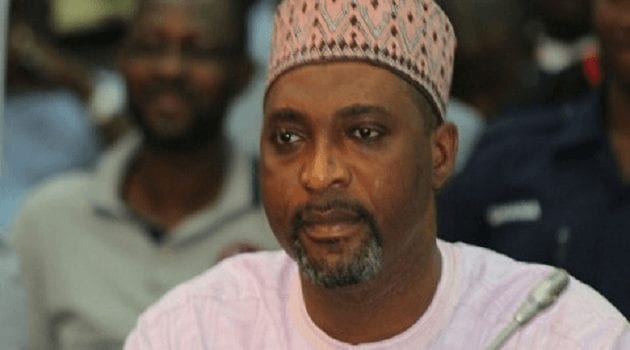 Alhaji Mohammed Mubarak Muntaka is the Member of Parliament for Asawase in the Ashanti Region of Ghana of the 4th, 5th, 6th, 7th and the 8th parliaments of the 4th Republic of Ghana.

Muntaka was born on October 17th 1970 hails from Akuse in the Eastern Region of Ghana but his parents originally came from the northern part of Ghana in a town called Kumbungu.  He is a product of the Kwame Nkrumah University of Science and Technology. He acquired a Masters of Science degree in Development Policy and Planning from the university. This was in 2004.

Muntaka is a development planner by profession. He was the head of one of the units (RME) of Adwumapa Buyers Limited, a cocoa buying company.

Muntaka first entered the Parliament of Ghana on the ticket of the National Democratic Congress in 2005 when he won a by-election in the Asawase constituency with a majority of 11,142, replacing the late Dr Gibril Adamu Mohammed also of the NDC who had won the seat in December 2004 with a majority of 4,474. The Ghana Center for Democratic Development deemed this by-election as “fair and transparent, but not free from fear.”

He subsequently retained his seat in the Ghanaian parliamentary election held in December 2008.

He also won the next election in 2012. Muntaka was the Chief Majority Whip in parliament for the NDC caucus, the majority in Government.

He was the Minister for Youth and Sports in the Ghana government. In January 2009 Mubarak was appointed as Minister-designate for the Youth and Sports Ministry by President John Evans Atta Mils. His appointment was applauded by the National Youth Council due to the his youthfulness and youthful exuberance as by the time of his appointment he was 39 years. Muntaka is married with five (5) children.He is a Muslim

During the 2020 general election, Muntaka was said to have allowed his 6 year old daughter to thumbprint his ballot on his behalf, an act that attract wide condemnation as the Ghana electoral laws only permit people above 18 years to participate in elections