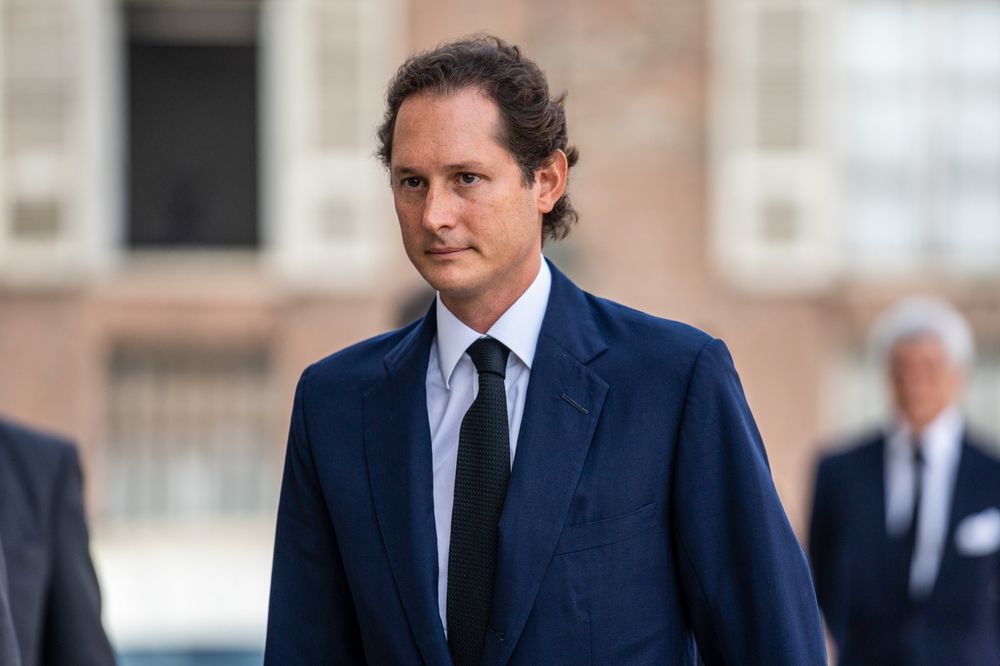 Born in New York City, John Elkann holds both Italian and American citizenship. He is the eldest son of Alain Elkann, a New York-born journalist and writer of French Jewish and Italian Jewish background, and his then wife Italian Margherita Agnelli. His parents divorced in 1981 and both have remarried.

He has a brother, Lapo, and a sister, Ginevra, as well as five half-siblings from his mother’s second marriage, as Margherita Agnelli de Pahlen, to Serge de Pahlen. His younger half-siblings are: Maria (born 1983), Pierre (born 1986), twins Sophie and Anna (born 1988) and Tatiana (born 1990).

Elkann attended primary school in the United Kingdom and Brazil, before his family moved to Paris, where he obtained a baccalauréat scientifique at the State School Lycée Victor-Duruy in 1994.

Later the same year, he moved to Italy to attend the Politecnico di Torino (Turin), where he graduated with a degree in management engineering in 2000. As a result of his international upbringing, he is fluent in four languages.

While pursuing a degree in engineering, Elkann gained work experience through several internships: headlight plant in Birmingham, England (1996), production line in Tychy, Poland (1997), car dealership in Lille, France (1998) and also at GE’s CIG (corporate initiatives group) where he worked on a thesis on e-auctions (1999).

In December 1997 Elkann was selected as the heir of his grandfather Gianni Agnell in place of Giovanni Alberto Agnelli, the son of Gianni’s younger brother, Umberto, who had died at the age of 33.

He was appointed to the Fiat board at the age of 21. In 2000, after graduating in Engineering from Politecnico di Torino, he joined General Electric’s Corporate Audit program. He left General Electric two years later.

In 2003, he joined IFIL (now Exor) and worked on the turnaround of Fiat Group.

Elkann was instrumental in the appointment of FCA CEO Sergio Marchionne, in May 2004.

In 2008, Elkann replaced 83-year-old Gianluigi Gabetti as the head of IFIL, which manages a portfolio worth eight billion euros.

In 2010, he became chairman of Fiat S.p.A. (now Fiat Chrysler Automobiles), succeeding Luca Cordero di Montezemolo, and chairman of the Giovanni Agnelli Sapaz, succeeding Gianluigi Gabetti. In February 2011, he was appointed chairman and CEO of EXOR.

Since Elkann’s appointment, the value of the company’s assets has grown and multiplied nine times in ten years.

He is also Chairman of Ferrari, Vice Chairman of GEDI Gruppo Editoriale S.p.a. and a board member of Partner Re.

He is Chairman of the Agnelli Foundation, a philanthropic institution supporting education.

In 2013, he was included by Fortune in the world’s most influential managers under the age of 40.

In June 2017, to celebrate the 150th anniversary of Italian newspaper La Stampa, which was acquired by the Agnelli family in 1926, he organized an international conference, “The Future of Newspapers”.

John Elkann net worth is $2 billion according to Forbes magazine. He oversaw deals including FIAT’s 2009 acquisition of a stake in Chrysler and its merger with Peugeot in January 2021 to form Stellantis.

In July 2018 he was appointed chairman of Ferrari after Sergio Marchionne left due to health issues. In December 2020 Elkann became temporary CEO after the departure of Louis Camilleri.

Who is the head of the Agnelli family?

John Elkann is the chairman and CEO of Exor, the holding company of Italy’s Agnelli family, which owns stakes in Ferrari and Italian automaker Fiat.

What car companies does Exor own?

Who is the chairman of Fiat?