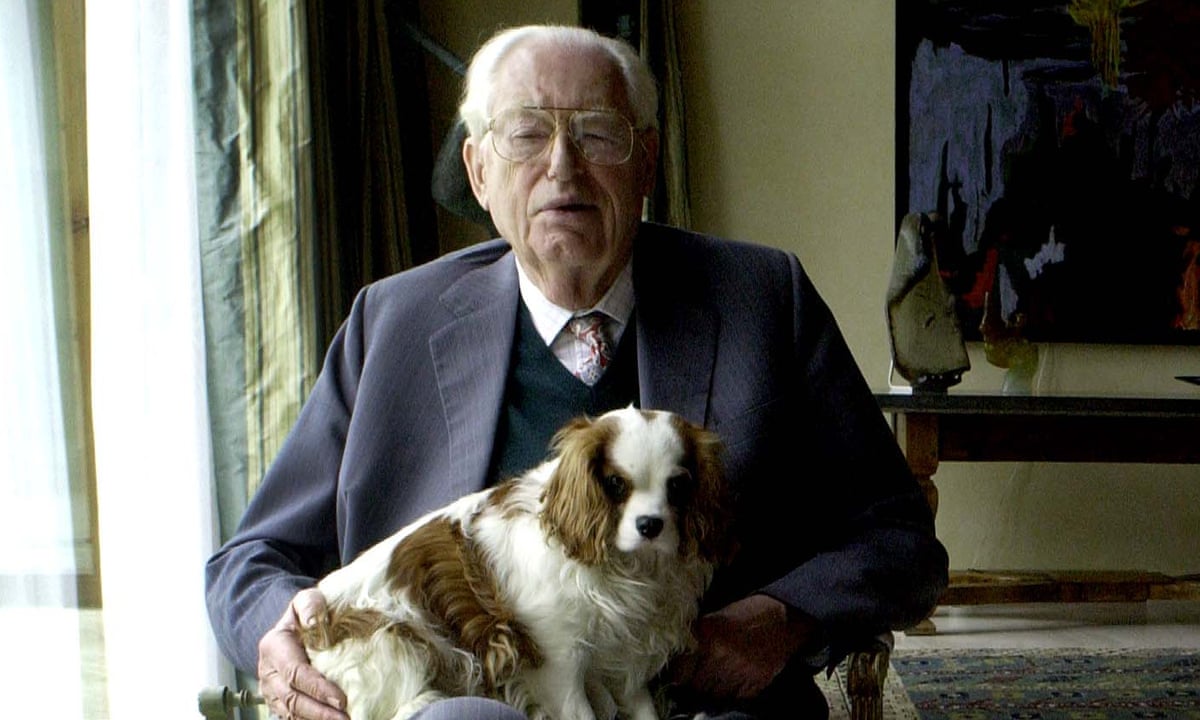 Hans Rausing Net Worth: Hans Rausing was a prominent industrialist and philanthropist from Sweden but resided in United Kingdom. The primary source of his wealth was from Tetra Pak, his father’s company which he co-inherited which later became the largest food packaging company in the world.

He was ranked number 83 on Forbes List of World fortune ranking and was named the second richest Swedish billionaire back in 2013. Keep scrolling as we bring to you Hans rausing net worth and biography.

Hans Anders Rausing is one of the sons born to famous industrialist and founder of  Tetra Pak, Ruben Rausing and his wife Elizabeth Rausing. His two brothers Gad and Sven are share holders of Tera Pak. He attended Lund University where he graduated with a Bachelor’s Degree in Economics in 1948.

The immense successes recorded by Tetra Pak is as a result of the input and the outstanding leadership of Hans and Gad. This great achievement saw Hans credited as a specialist in Russian affairs. The negotiation of the first Tetra Pak export machine to the Soviet Union was due to Hans involvement in the Tetra Pak’s Russian market.

Hans Rausing was a recipient of Newton Institute honorary award. He was also made the honorary liveryman and Freeman at Newspaper Makers and Worshipful Company of Stationers in London.

Hans Rausing with the help of his wife Marit make huge monetary donations to charity and research in Sweden and United Kingdom, through the Marit and Hans Rausing Fund. Through the foundation, the couple have been able to provide support for several community projects in Sussex, their home town.

For his contribution to humanity, Hans Rausing was presented with the honorary decorate by the University of Lund. He was also appointed the honorary Knight Commander of the Order of the British Empire.

The University of Cambridge Department of History and Philosophy of Science hosts a Hans Rausing Lecture every year, spearheaded by Hans Rausing’s daughter  Lisbet.

There were some controversies surrounding the Rausing family. Hans Rausing’s son Kristian Rausing who was a drug addict, was apprehended by police in London, Belgravia to be precise. He was convicted in the charge of concealing his wife’s corpse depriving her of a descent burial after she died of drug overdose. The police found his wife’s corpse Eva Rausing which had already decomposed under the cover of bin bags and some clothing. This discovery was during the search carried out by the Belgravian police after they had suspected Kristian Rausing of being in possession of drugs.

Tetra Pak and all you need to know

The world number largest packaging company has two headquarters, one in Lund, Sweden and the other in Pully, Switzerland. As at 2019, the total revenue that was generated by Tetra Pak was a whooping €11.8 billion, owing to the leadership of Hans Rausing, and his  brothers Gad Rausing. In that same year, Tetra Pak boasted of a jaw dropping 23,555 workforce compared to the six that were available at the time Hans Rausing and Gad Rausing took over the affairs of the company.

Tetra Pak currently operates in more than 160 countries with the parent company being Tera Laval which also deals on dairy farming equipment producer DeLaval and the PET bottle manufacturer Sidel.

The sterile packaging technology used by Tetra Pak has seen The Institute of Food Technologists dubbed company  the most important food packaging innovation of the 20th century. The company has also been considered the most successful inventions of Sweden by Swedish Academy of Engineering Sciences. As a proof of their immense achievement and success, 20% of Tetra Pak cartons all recycled worldwide, just to show the pact Tetra Pak company has on the world as a packaging company.

Hans Rausing net worth was estimated by Forbes as $12 billion at the time of his death.

Thanks for reading the article about Hans Rausing Net Worth . Leave your reply i the comments section.