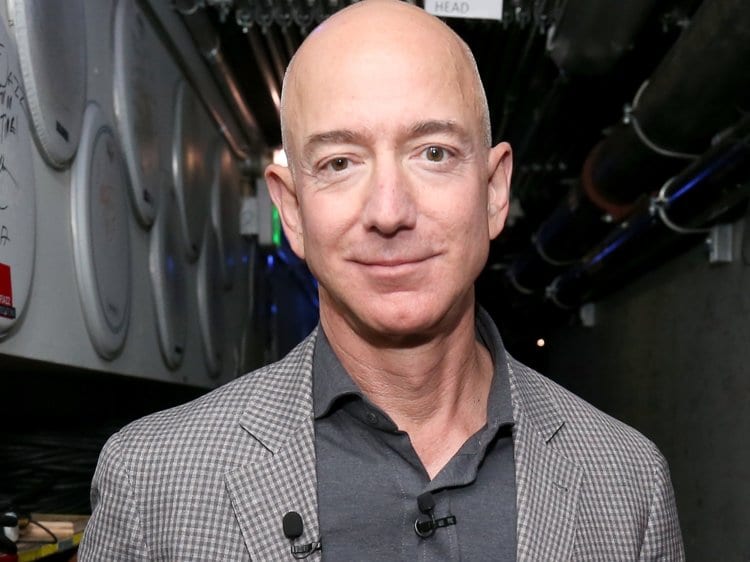 Jeff Bezos is the richest man in the would with a net worth of $190 billion as of February, 2021.

In early, 2021, Bezos announced he will be stepping down as Amazon CEO.

Why is Jeff Bezos stepping down?

Born in Albuquerque and raised in Houston and later Miami, Bezos graduated from Princeton University in 1986. He holds a degree in electrical engineering and computer science. He worked on Wall Street in a variety of related fields from 1986 to early 1994. Bezos founded Amazon in late 1994, on a cross-country road trip from New York City to Seattle.

Read The Top 10 Richest Black Actors in the world

The company began as an online bookstore and has since expanded to a wide variety of other e-commerce products and services, including video and audio streaming, cloud computing, and artificial intelligence. It is currently the world’s largest online sales company, the largest Internet company by revenue, and the world’s largest provider of virtual assistants and cloud infrastructure services through its Amazon Web Services branch.

Bezos founded the aerospace manufacturer and sub-orbital spaceflight services company Blue Origin in 2000. Blue Origin’s New Shepard vehicle reached space in 2015, and afterwards successfully landed back on Earth. The company has upcoming plans to begin commercial suborbital human spaceflight. He also purchased the major American newspaper The Washington Post in 2013 for $250 million, and manages many other investments through his Bezos Expeditions venture capital firm.

On February 2, 2021, Bezos announced that he would step down as the CEO of Amazon sometime in the third quarter of 2021, and transition into the role of executive chairman. He is due to be replaced as CEO by Andy Jassy, the chief of Amazon’s cloud computing division