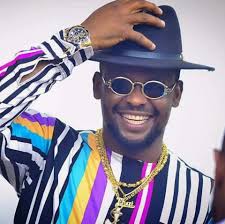 What is Zubby Michael net worth

He is one of the best actors in Nigeria.

Zubby Michael net worth is estimated at $600,000 making him one of the wealthiest actors in Nigeria

Zubby was born in Ekwusigo Local Government Area in Anambra State but grew up in Adamawa where he completed his elementary education.

He attended Nnamdi Azikiwe University where he obtained a degree in Mass Communication.

He began acting in Yola at a young age. His first movie appearance was in a movie titled Missing Rib but became popular for his lead role in The Three Windows. Zubby has appeared in several other films.

Michael was appointed into a political position as the Special Adviser on Media to the Anambra State governor Willie Obiano. He was awarded a certificate of recognition for his contribution to the City Radio 89.7 fm youth empowerment initiative in Anambra State.

Among the numerous successful movies starred by the talented actor includes; Dying of Thirst, Blood Feud, Audio Money, A Thousand War, Seed of Deception, Enemy of Progress, Yahoo King, The Return of Eze Ndi Ala, Pains of the Orphan, Youngest Wife

Zubby Michael net worth is estimated at $1 mllion. Zubby is one of the successful movie stars in Naija.

He has starred in over 60 movies. Zubby was awarded the Movie icon of the year in 2018.

It was all over in the news that Zubby Michael is dead and the cause of his death is yet to be known. But all the death allegations were false news.

Zubby Michael is not dead but it was rather a new movie that he allowed his name to used on the movie in order to attract viewers and buyers. He was featured in the movie and he is one of the main characters in the movie. The tittle of the movie is Zubby Michael death. Both season one and season two are ready in the market.