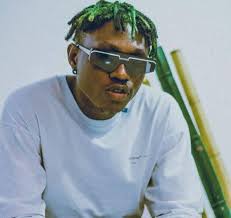 Glusea brings to you Zlatan Ibile net worth

He gained recognition in the Nigerian music industry after releasing the Olamide-assisted track “My Body” in 2017.

The talented youngster was born 19 December 1994 in  Ilorin. He holds a national diploma in business administration from Moshood Abiola Polytechnic.

Zlatan decided to pursue a career in music after graduating secondary school.

He won the Airtel-sponsored “One Mic Campus Tour” music competition, which was held in Abeokuta, Ogun State.

Ibile gained recognition in the Nigerian music industry after releasing the Olamide-assisted track “My Body” in 2017.

Shortly afterwards, he dropped “Zanku”, a song that was accompanied by a dance routine of the same name.

Zlatan Ibile net worth is currently N180 million. He is one of the richest musicians in Nigeria

He owns his own a record label called ‘Zanku Records’. He listed three signed artists named: Papisnoop, Oberz and Jamopyper, he also announced the official signing of a Videographer/Cinematographer named Visionary Pictures, his Manager ‘Manager Jiggy’, his Music Producer ‘Rexxie’ and a PR Consultant ‘Biesloaded’.

He owns a fleet of luxurious cars including; 3 Benz cars and a range rover.

The Zanku Music CEO has taken to social media to show off his fleet of cars and announced his latest property, ie his new house at Lekki. Lekki is described as one of the richest neighbourhoods in Nigeria.

Zlatan released his debut album “ZANKU” on the 1st of November, 2019.