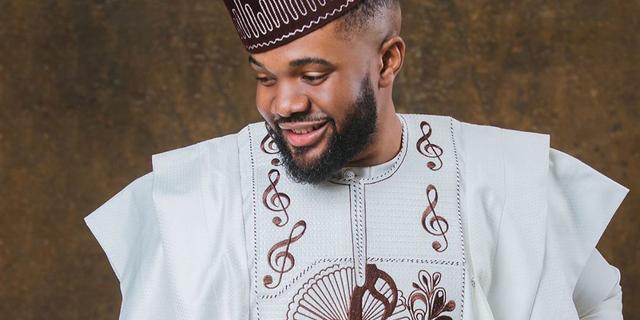 what is Williams Uchemba Net Worth?

Williams Uchemba Net Worth and biography

Do you still remember that skinny looking fellow who started as a child actor in 2000? Yes, that young boy who became popular for his acting skills in Nollywood, has not shown any sign of slowing down, he has grown into one of the most successful and most sought after Nollywood actors.

A multi talented actor who now stars in various Cinematic movies, Williams Ochemba is also a comedy actor who constantly thrills his fans with his numerous comedy skits. He is also known for his philanthropic lifestyle, as he has dedicated part of his wealth to the support of less privileged children.

In this article, we will be taking you on Williams Uchemba’s journey through his career to his net worth and achievements so far.

Williams Uchmba is an Abia State born actor, born on October 22 (year not known). He concluded his primary and secondary education in Abia state before proceeding to University of Nigeria where he obtained a degree in International Relations.

Williams Ochemba’s acting career began in 2000 where he started as a child actor. His first Nollywood movie was The Journey to the Dead, which he starred alongside Nollywood legends, Pete Edochie, Olu Jacobs and Ramsey Noah.

The way he handled his role in the blockbuster movie earned him several plaudits and also opened more opportunities for him to feature in other upcoming movies.

Uchemba got his second role in the movie OH My Son, which was released in 2002. He was privileged to star alongside Rita Edochie, Amaechi Muonagor, Patience Ozokwor and Bruno Iwuoha, some of whom are no longer active in the movie industry.

Four years after starring in OH my Son, Williams Ochemba also starred in Beyond Belief  and The world 8f riches.  His soon became very popular in Nollywood and kept receiving various acting roles which even increased his level of popularity the more.

Williams Ochemba went on to Starr in many Nollywood movies, and also won several awards for his outstanding acting skills and high class performance in the various roles he was given.

He later diverted to comedy, and began uploading several short comedy skits on his various social media handles, which even made him a force to reckon with in the comedy industry as well. His numerous comedy skits increased his fan base and made him a popular social media personality which has a treated several brands which he is currently Modelling for.

Here is a short list 8f some of Williams Uchemba’s movies since he burst unto the scene in 2000.

Williams Uchemba Net Worth 2023 is estimated at $1.5 million making him one of the richest young people in Nigeria. He is also one of the wealthiest celebrities in Nigeria.

Williams Uchemba’s stellar performances in various Nollywood movies has won him several awards, here is list of some of his awards.

The award winning Nollywood star, Williams Ochemba tied the knot with his Facebook lover Brunella Oscar in 2020. They first had a traditional wedding at Brunella’s hometown of Anambra state after which they held their white wedding in Lagos that same year.

Williams Uchemba who holds his beloved wife in high esteem, took to social media, praising the Hull York Medical practitioner for her self-sacrificing love, having to put her career in the medical field on hold in order to support him and his business.

How did Williams Uchemba and Brunella Oscar meet?

I am sure, just like every other Nigerian, you have asked this same question before. According the Williams Ochemba’s wife, they both met on Facebook after Williams Ochemba, who is one of her Facebook friends, posted a video of him preaching the Gospel in 2017.

She messaged him first and from there, they both started conversing, before long, they “fell in love with each other”, you know the rest of the story.

Being a talented and God fearing celebrity, Williams Ochemba who kicked against the wasteful spending of his contemporaries instead of giving to the less privileged, established The Williams Ochemba foundation.

The foundation’s aim is to provide relief support to less privileged children, aiming at “taking 1,000 kids out of the streets and taking  them back to school”. The non-profit organization has been of immense support to many children who had thought all hope is lost, with the help of his amazing wife, Williams Ochemba have achieve many successes since the founding of the Foundation.

Williams Uchemba Net Worth 2021 is $1.5 million. like other celebrities has several exotic and flashy cars that are parked in his garage, some of them are listed below ;

Williams Ochemba makes no secret about his ravish looking mansions in Lagos and in Los Angeles, California USA worth millions.

Williams Ochemba, adopted as furniture apprentice “as his son” in order to sponsor him through school and to mentor him and guide him until he becomes the man he was destined to be. Thus is what he said on his social media after inviting the 18 year old furniture apprentice

“A few days ago I went to a furniture store to make some furniture for my ongoing projects and when they took me to the workshop, I saw this young man Demola who was one of the carpenters but as an apprentice…I asked him some questions and realized that he is a very smart young boy, so I invited him to my house to know more about him.

He is 18 years of age, has finished secondary school (with good grades), and would love to study Economics in the University but can’t further his education because he doesn’t have a sponsor to put him through school.” He concluded by saying “say hello to my adopted son”.

Williams Ochemba also took to social media, criticizing those celebrities who engaged in extravagant lifestyle saying : “why do I need to spend 2m on drinks just to enjoy with friends in 2 hours”? This money can equally set three people up for the rest of their lives, and it can pay the school fees for some kids.

There is no betterment in spending N1.5m on Gucci products or Fendi shoes that are worth N800,000 but prefer to use the money to help people without any hope” According to him, he believes that living a fulfilled life is when one gives back to the poor and needy and not indulging in extravagant lifestyle.

A man so talented and popular in the entertainment industry, and who has taken it upon himself to give part of his fortune to the poor, Williams Uchemba net worth is estimated at $1.5 million.