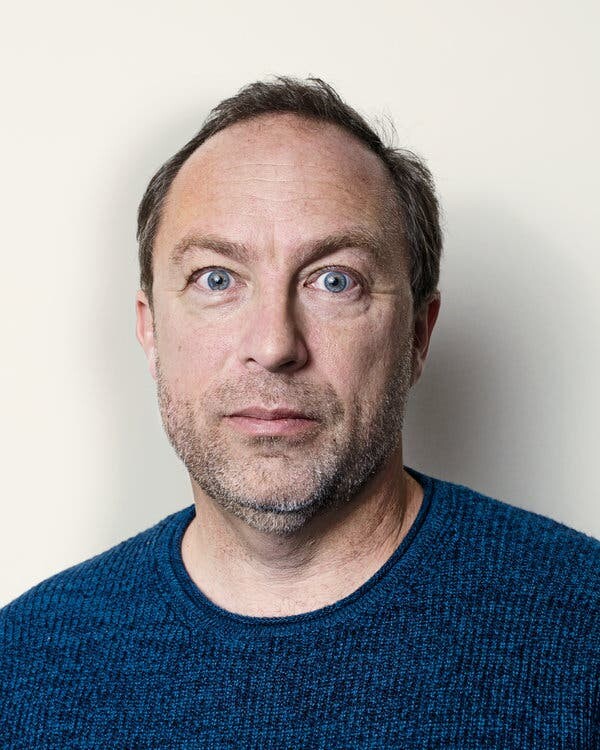 Wikipedia provides vast information of all sorts to millions of internet users on daily basis. Have you ever wondered how it came into existence or per harps the person(s) behind the web’s largest source of information to the public? Well keep reading as we unveil to you the founder of wikipedia and more.

Wikipedia a free online encyclopedia, created and edited by volunteers around the world and hosted by the Wikimedia Foundation.

According to the history of wikipedia, It began with its first edit on 15 January 2001, two days after the domain was registered by Jimmy Wales and Larry Sanger.

As of 2020, Wikipedia receives a monthly readership of 1.5 billion

Who is the Founder of Wikipedia?

Jimmy Donal Wales  is an American-British Internet entrepreneur. He is also a co-founder of the online non-profit encyclopedia Wikipedia, and the for-profit web hosting company Wikia later renamed Fandom

Wales was born in Huntsville, Alabama, where he attended Randolph School, a university-preparatory school.

He earned bachelor’s and master’s degrees in finance from Auburn University and the University of Alabama respectively.

In graduate school, Wales taught at two universities; however, he departed before completing a PhD to take a job in finance and later worked as the research director of a Chicago futures and options firm.

In 1996, he and two partners founded Bomis, a web portal featuring entertainment and adult content. Bomis provided the initial funding for the free peer-reviewed encyclopedia, Nupedia (2000–2003), and its successor, Wikipedia. On January 15, 2001, with Larry Sanger and others, Wales launched Wikipediaa free, open-content encyclopedia that enjoyed rapid growth and popularity. As Wikipedia’s public profile grew, he became its promoter and spokesman. Though he is historically credited as co-founder, he has disputed this, declaring himself the sole founder.

Wales serves on the Wikimedia Foundation Board of Trustees, the charity that he helped establish to operate Wikipedia, holding its board-appointed “community founder” seat. For his role in creating Wikipedia, which has become the world’s largest encyclopedia, Time named him one of “The 100 Most Influential People in the World” in 2006.

Lawrence Mark Sanger  is an American internet project developer and co-founder of the internet encyclopedia Wikipedia, for which he coined the name and wrote much of its original governing policy. Sanger has worked on other online educational websites such as Nupedia, Citizendium, and Everipedia.

While studying at college, Sanger developed an interest in using the internet for educational purposes and joined the online encyclopedia Nupedia as editor-in-chief in 2000. Disappointed with the slow progress of Nupedia, Sanger proposed using a wiki to solicit and receive articles to put through Nupedia’s peer-review process; this change led to the development and launch of Wikipedia in 2001. Sanger served as Wikipedia’s community leader in Wikipedia’s early stages but became increasingly disillusioned with the project and left it in 2002.

Since Sanger’s departure from Wikipedia, he has been critical of the project, describing it in 2007 as being “broken beyond repair”.

He has argued that despite its merits, Wikipedia lacks credibility due to a lack of respect for expertise and authority. He founded Citizendium in 2006 to compete with Wikipedia. Sanger’s status as a co-founder of Wikipedia has been questioned by fellow co-founder Jimmy Wales but is generally accepted.

Besides the Internet, Sanger’s interests have been focused mainly on philosophy—in particular epistemology, early modern philosophy, and ethics. He taught philosophy at his alma mater Ohio State University.

The idea of using a wiki came when Sanger met up with his friend Ben Kovitz on January 2, 2001,  when Sanger was first introduced to wiki software.

Kovitz, whom Sanger had known from philosophy mailing lists, was a computer programmer who had come across Ward Cunningham’s Wiki.

Sanger was impressed with the possibilities offered by wikis and called Wales, who agreed to try it. Sanger originated the name “Wikipedia”, which he later said was “a silly name for what was at first a very silly project”.

Within a few days of its launch, Wikipedia had outgrown Nupedia and a small community of editors had gathered. Sanger served as Wikipedia’s “chief organizer”, running the project and formulating much of the original policy, including “Ignore all rules”, “Neutral point of view”, “No original research”, and “Verifiability”. He embraced Wikipedia’s encouragement of boldness among its editors, telling users to “not worry about messing up”. He also created the concept of “Brilliant prose”, which evolved into featured articles as a way to showcase Wikipedia’s highest-quality articles