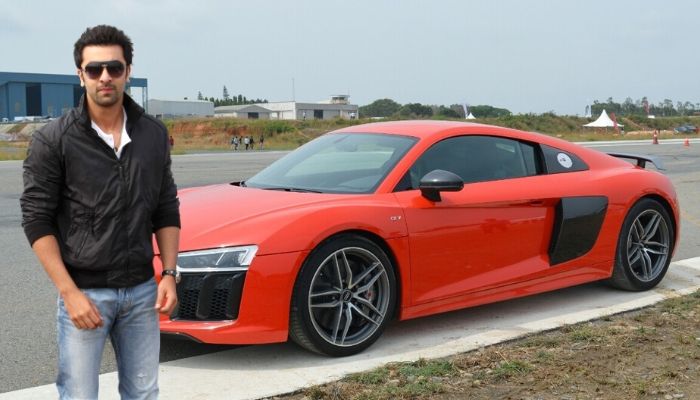 What are Ranbir Kapoor Cars and houses ?

Ranbir Kapoor is one if the most successful and highest Bollywood actors. Born on September 28,1982,in Maharashtra, India. He began acting in 2007 band has recorded tremendous success in his acting career.

In this article, we will be bringing to you Ranbir Kapoor cars and houses list. keep reading to find out.

Ranbir Kapoor’S love for acting stemmed from  his parents  Rishi Kapoor and Neetu Singh who are actors also. He rose to prominence after starring in the Bollywood films Rocket Singh: Salesman of the Year, Wake Up Sid, and Ajab Prem Ki Ghazab Kahani.

Ranbir Kapoor went on to win the Best Actor awards at the Filmfare, after his outstanding role in Rockstar and Barfi, which he received praises for the way he handled his roles in the films.

He further established himself as Bollywood leading actor after starring in the film Yeh Jawaani Hai Deewani alongside star actress Deepika Padukone. Kapoor is among the richest actors in India list.

Ranbir Kapoor also went on to feature in the Rajkumar Hirani’s biopic Sanju which received wide plaudits and accolades, becoming one of the highest grossing film in India in history. He later won his second Filmfare Award for Best Actor.

Ranbir Kapoor has gone on to star in several other award winning Bollywood films and he has been in Forbes India’s Celebrity 100 list since 2012.

Outside acting, Ranbir Kapoor is also an ardent lover of football. He is the vice-captain of the All Stars Football Club, a celebrity football club that serves as a fundraiser for the less privileged.

He has been recognized by the  People magazine as the  “Sexiest Man Alive” in India and Filmfare’s poll of the “Most Stylish Young Actor” which he topped the list.

Kapoor is also a great  supporter of the  girl child empowerment scheme and is the goodwill ambassador of Shabana Azmi’s Mijwan Welfare Society, an NGO which helps empower women.

Being one of India’s highest paid and most successful actors, Ranbir Kapoor spends part of his millions, acquiring luxury cars, mansions etc. In the following segment, we will be taking a look at some of the expensive cars that the popular and award winning Bollywood actor cruises around with.

Here, we will be bringing you some of the expensive list of Ranbir Kapoor cars.

First on the list of Ranbir Kapoor cars is The Land Rover Range Rover Sport. The vehicle is one of Land Rover’s sporty looking cars. It offers space for 5 people. The Range Rover Sport comes with a 3.0 liter diesel engine which generates a power output of 296 hp at 5500 rpm torque along with an 8-speed automatic transmission. It is capable of running from 0 to 100 km / h in 7.2 seconds at a maximum  speed of  210 km / h

Mercedes-Benz G63 AMG is one of the ravishing looking cars from Mercedes-Benz. It has a seating capacity of 5. The Mercedes-Benz G63 AMG was designed with a powerful 4.0-liter petrol engine with 576.63 hp at 6000 rpm together with an automatic transmission. It is capable of running from 0 to 100 km / h in 4.5 seconds. The maximum speed of the car is 220 km / h. It is worth around ₹ 3 crores.

Ranbir Kapoor reportedly owns a massive state of the art mansion in Bandera, in the neighborhood of Pali Hills, Mumbai, which is valued at ₹35 Crore ($800,000).

Thanks for reading about Ranbir Kapoor cars and houses list. Leave your reply in the comments section below.