. . Wearing A Mask May Reduce How Sick You Get From COVID-19 | Glusea.com 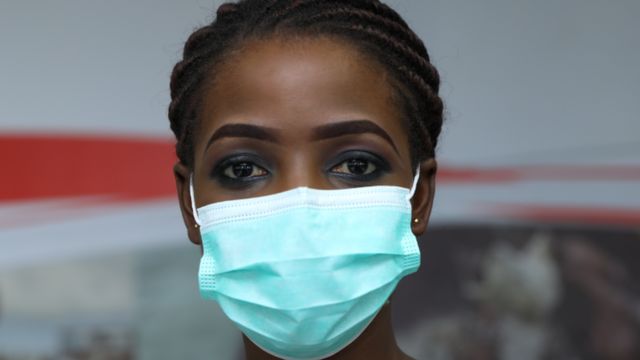 It has been thought that mask wearing mainly benefits the people around you.

However, scientists are beginning to speculate that masks may also help the wearer.

It is known that a lower viral dose can lead to less severe illness.

Wearing a mask may reduce the amount of virus that gets through to the wearer.

Less virus getting through may translate to less severe illness if you do become sick.

Up until now, scientists have thought that the main benefitTrusted Source of wearing a mask is to protect other people.

Now, however, some are beginning to speculate that mask wearing may provide a form of protection for the wearer as well.

They say that masks may reduce the amount of virus that reaches a person, potentially leading to less severe illness if you do become infected.

This means that COVID-19 may be able to spread throughout the population, getting us closer to herd immunity, without affecting people as badly as it otherwise would.

In fact, mask wearing may be one reason we have seen so many cases of mild and asymptomatic illness.

How masks protect other people

COVID-19 is believed to be spread by the virus-containing dropletsTrusted Source that are released when people speak, cough, or breathe.

If these droplets land in another person’s mouth or nose or are inhaled from the air, they can infect that person and make them sick.

According to Robert F. Garry, Jr., PhD, professor of microbiology and immunology, at Tulane University School of Medicine, a mask provides a physical barrier to catch those droplets.

In fact, cloth masks can block about 40 to 60 percent of the droplets, said Garry.

N95 masksTrusted Source can do an even better job, blocking 95 percent of very small particles, including viruses.

Masks capture these droplets before they can reach other people and infect them.

Garry said it goes back to the idea that the size of the inoculum (the dose of the virus) determines how sick an individual will get.

Usually, with viruses, the higher the dose, the sooner symptoms develop and the more severe the illness is, he explained.

Based upon this idea, Monica Gandhi, MD, MPH, and her colleagues at the University of California, San Francisco, have proposed that mask wearing could help reduce the severity of COVID-19 when people do become ill.

If a lesser quantity of respiratory droplets make it through to the mask wearer, this means they receive a lower dose of the virus.

A lower dose means that, even if the person becomes ill, it may not be as severe a case.

Gandhi noted that there is evidence in the literature indicating that this may indeed be happening with COVID-19.

In a recent hamster study that simulated masking, the “masked” hamsters were less likely to get COVID-19. They also had milder disease when they did get it.

In addition, epidemiologic evidence in settings like cruise ships and food processing plants has shown higher rates of asymptomatic infection after mask mandates were instituted.

She also pointed to a paperTrusted Source that suggests that universal masking in situations like hospitals has led to asymptomatic infections. According to the paper, many healthcare workers have had positive antibody testing for COVID-19 even though the workers didn’t know they had been infected.

Finally, she said, many countries that have population-level masking have done better at keeping their rates of severe disease and death down.

How mask wearing can help while we wait for a vaccine

Gandhi said she believes population-wide masking could play an important role in getting us through the pandemic.

Masks reduce transmission, she said. She and her team also believe they can reduce the severity of disease when people do become infected.

“We suggest mask mandates like the one called for by former VP Joe Biden,” she said.

She also feels that universal masking is a strategy that may allow work and school to continue.

Rather than closing everything down when new cases emerge, Gandhi suggests that a better plan may be to monitor for upticks in severe illness, hospitalizations, and death before instituting lockdowns.

We may see cases, she said, “but, as long as they are asymptomatic, public health officials should be concentrating more on decreasing rates of morbidity from this infection and monitoring closely for severe illness, not asymptomatic disease.”

In a report published in the Journal of General Internal Medicine on September 8, 2020, Gandhi’s team further pointed out that asymptomatic infections could actually be beneficial to the general population.

“Exposing society to SARS-CoV-2 [the virus that causes COVID-19] without the unacceptable consequences of severe illness with public masking could lead to greater community-level immunity and slower spread as we await a vaccine,” the authors wrote.