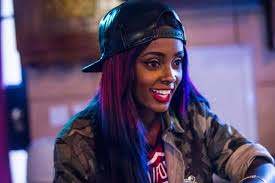 Vanessa Mdee net worth 2023: Vanessa is a Tanzanian singer, songwriter, rapper, youth activist, television personality and radio host. Mdee is popularly known for being the first ever Tanzanian MTV VJ.

Vanessa Mdee was born on 7 June 1988, in Arusha, the third-largest city in Tanzania; located in Northern Tanzania.

She became familiar with various cultures after growing up in New York, Paris, Nairobi and Arusha.

She proceeded to university at the Catholic University of Eastern Africa to pursue a Law degree.

Vanessa quickly became familiar with many different forms of creative and performing arts.

In early 2007, Mdee got the chance to audition for The MTV VJ Search in Dar es Salaam.

Afterwards, she joined Carol and Kule to host the Coca-Cola Chart Express.

By 2008, Mdee had established herself in Tanzania and around the continent, hosting shows in Nigeria, South Africa, Kenya, Mozambique, Angola, Uganda, and the Democratic Republic of Congo.

She also became known in the United States and Brazil.

She has been involved in several projects since 2008.

In 2008, Mdee worked with the Staying Alive Foundation on a project close to her heart. Mdee also joined Malaria No More in their Z!nduka Campaign, a campaign aimed at the eradication of malaria.