HomeNET WORTHFrom the webValentine Ozigbo Net worth, companies and Family 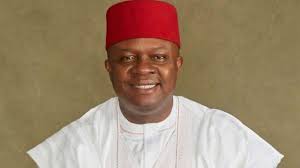 Valentine Ozigbo net worth: Nigeria is a country filled with top successful business moguls, most of them are known through out Nigeria while some tend to keep a low profile. One Of such prominent people is Valentine Ezigbo.

Val Ozigbo a wealthy business mogul from the Igbo tribe, and also the central person in the success of Nigeria’S most successful and popular hospitality enterprise, Transcorp Hotels PLC. He is the former CEO of Transnational Corporation PLC (Transcorp), a conglomerate that has major investments in agribusiness, hospitality and energy sectors.

Keep reading as we bring to you Valentine Ozigbo net worth and biography in this article.

I am sure you are surprised to know THAT Valentine Ozigbo is one of the brains behind the success and establishment of Transcorp, that being said, we will intimate you on everything you need to know about the Net Worth and Biography of the wealthy business mogul.

Valentine Ozigbo was born to Mr. Andrew and Christiana Ezigbo, on July 20,1970 in Anambra state. For the record, Anambra State is one of the states in Nigeria that is famous for producing top business tycoons who have businesses scattered all over Nigeria.

While growing up, Ezigbo was a smart and brilliant kid who was very outstanding among his peers and classmates. He attended Christ the Redeemer College in Anambra State. He later proceeded to study Accounting at the University of Nigeria, Nsukka, after completing his Secondary school set.

Being the best and the most brilliant student in his department, Valentine Ezigbo was honored with the Best Student Award in the department of Accounting and the faculty of business, as he graduated with a first class honors.

To further expand his expertise in his field, Valentine Ezigbo had to enroll for an MBA in Banking and Finance at the University of Nigeria, Nsukka in 2000. His outstanding performances academic wise, won him a Chevening scholarship to study abroad which he grabbed with both hands. He moved to Lancaster University in the UK to study finance which he graduated with distinction.

Below is a quick run down of Valentine Ezigbo’s journey through the various banks he worked with, IN Nigeria.

After gaining a lot of experience from working in various financial institutions and in different capacities, Valentine Ezigbo was convinced that he was ready to take up more challenging roles and was made the Managing Director and later the CEO of Transcorp Hotels PLC. His Reign as the CEO of the hospitality enterprise experienced a lot of Reformation, taking the establishment to greater heights.

Singlehandedly, Mr Ezigbo oversaw the running of two thriving hotels in Lagos and Port Harcourt which are worth over $600 million with a capacity cutting across 5000 capacity.

For someone who started bagging several awards and recognition right from when he was in primary school up University level and then as a professional in his field, you Expect Valentine Ezigbo to bagged many awards and honors for his contributions in in the various companies he worked with and also as the CEO of Transcorp Hotels PLC. Below is a list of some of the awards and honors received by Valentine Ezigbo.

There has been no official report of Valentine Ozigbo net worth, but  going by his assets, it is estimated to be around $1.2 billion.

The Nigerian business tycoon owns series of exotic cars, some of them are;

Is Valentine Ezigbo a Politician?

Valentine Ezigbo is know to have been involved in politics as he placed his allegiance to the People’s Democratic party (PDP).

Thanks for reading about Valentine Ozigbo net worth, leave your reply in the comments below.