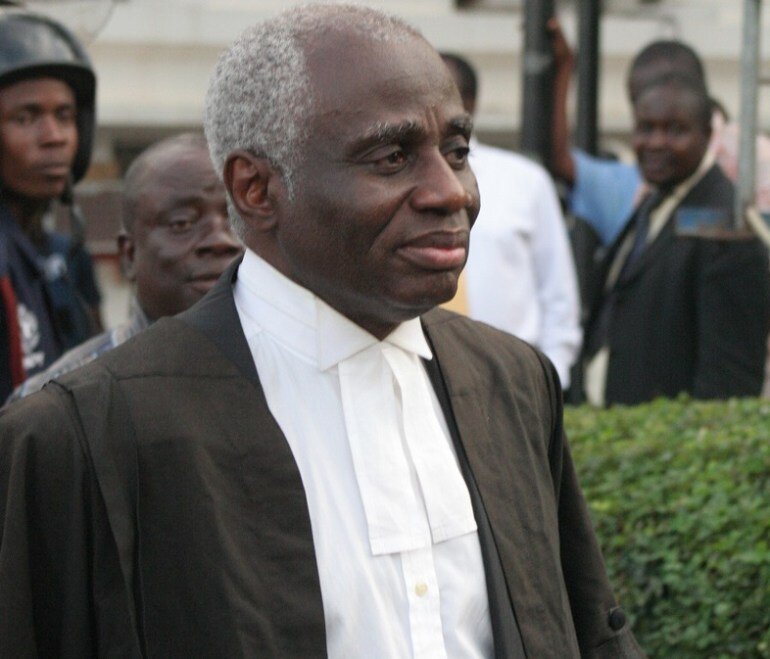 Tsatsu Tsikata Net worth and Biography

Tsatsu Tsikata net worth 2022: Tsatsu Tsikata  is a Ghanaian academic and lawyer. He is also a former Chief Executive of the Ghana National Petroleum Corporation. He is a notable affiliate and legal counsel to the National Democratic Congress and regarded as one of the leading member of the political party.

In this article, we will be bring to you every information you need to know about Tsatsu Tsikata net worth and biography.

Tsatsu Tsikata was born in Keta in the south of the Volta Region of Ghana. He was however brought up in Adabraka, a suburb of Accra, the capital of Ghana.

He started school at an early age because he wanted to follow his older brother Fui to school. He first attended Additrom Preparatory School and then Mrs Sam’s Preparatory School, a school also attended by former President of Ghana Jerry Rawlings.

Tsikata was again moved to Accra Newtown Experimental School, where he was jumped from Year 2 to Year 3, catching up with his older brother Fui. He won a United Africa Company (UAC) scholarship in 1960 to start his secondary education at the age of nine at the Mfantsipim School where his father and his elder brother, Fui Sokpoli Tsikata also attended.

On completion of his five-year course, he gained admission into the University of Ghana, Legon, at the age of 16, where he obtained an LL.BFirst Class degree at the age of 18 years. Only one other 18-year-old had completed a degree programme at that time.

Tsikata then won a post-graduate scholarship from the University of Ghana to Oxford University where he again obtained first class honours in Bachelor of Civil Law which is equivalent to a master’s degree at other British universities.

Tsikata held a Junior Research Fellowship at Oxford University where he also served as a tutor. On his return to Ghana in 1974, he was appointed a lecturer at the law faculty of the University of Ghana.

Tsikata has served as counsel to a number of notable personalities over the years. These include Captain Kojo Tsikata, his cousin, Kofi Awoonor and former President Late Jerry Rawlings. During the era of the National Redemption Council/Supreme Military Council military regimes of Acheampong, he defended Samuel Okudjeto and William Ofori Atta who stood trial for political reasons.

After the May 15 Uprising in 1979, he was counsel for Late Jerry Rawlings during the treason trial that came to an abrupt end when the SMC military government led by Fred Akuffo was overthrown on 4 June 1979.

He was the lead counsel for John Mahama in an electoral petition filed against the 2020 Ghanaian election results declared by the Electoral Commission of Ghana.

Tsikata was appointed the Chief Executive of the Ghana National Petroleum Corporation (GNPC) from October 1988 to December 2000 by the then ruling NDC led by  late former President Jerry Rawlings.

Tsikata is Christian and an elder of the Asbury Dunwell Church in Accra. He is a known asthmatic and this appears to have limited his extracurricular activities and school attendance as a child. After he was jailed in 2008, he had an acute asthmatic attack that took him from the Nsawam prisons to intensive care. Tsikata has been a keen cricketer in the past.

Tsikata is one of seven siblings. His father was Godwin Kwaku-Sru Tsikata, a retired Textiles Sales Manager with the United Africa Corporation (UAC). He is married to Esther Cobbah and they have three children. Award-winning Ghanaian musician, M.anifest, is one of his children.

Tsatsu Tsikata net worth is $245 million as reported by several sources. He is one of the best lawyers in Ghana and probably Africa as well. Tsatsi is also among the wealthiest people in Ghana.