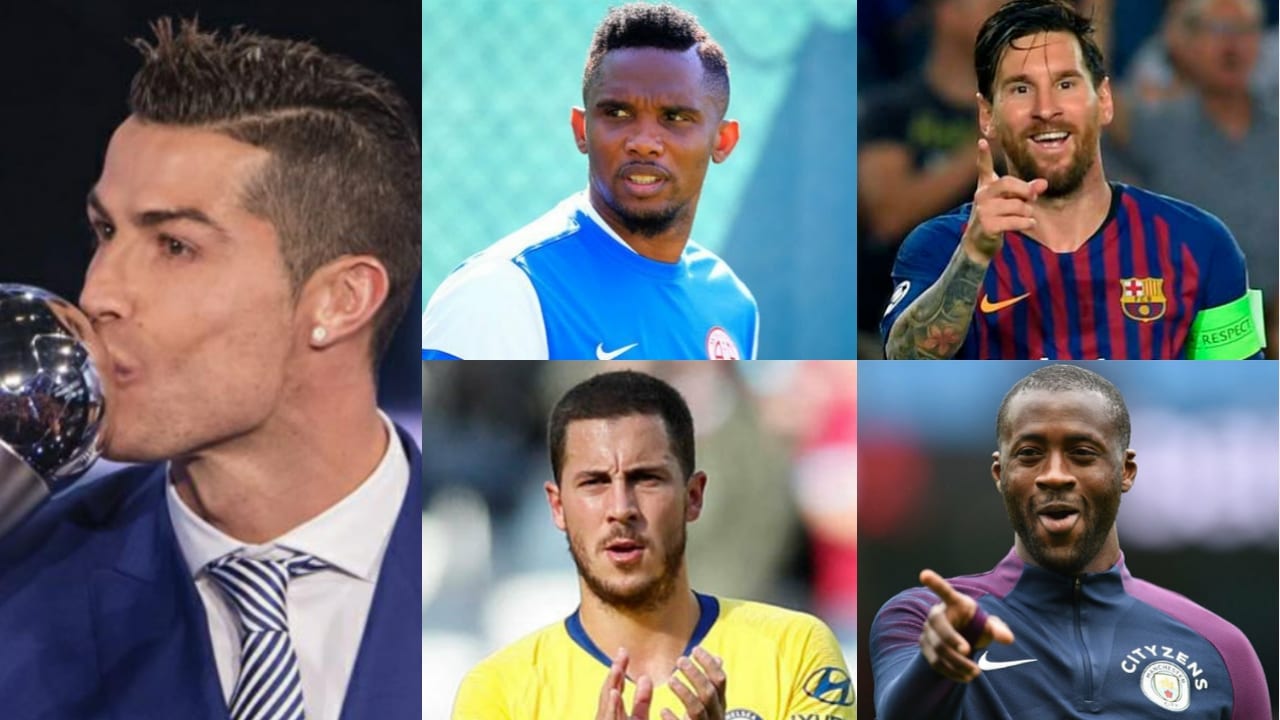 Christiano Ronaldo is richest football player in the world 2021

Football is a very lucrative sport that is played in over 200 countries worldwide. With more than 250 million people playing this sport, football is also one of the most watched sports in the world. Read about the Richest Football Player in the world here.

Given its popularity, there’s no doubt that many footballers were able to snatch millions of dollar worth of contracts with some sports associations and renowned teams. Read Lionel Messi Net Worth

Cristiano Ronaldo dos Santos Aveiro   is a Portuguese professional footballer who plays as a forward for Serie A club Juventus and captains the Portugal national team.

Often considered the best player in the world and widely regarded as one of the greatest players of all time, Ronaldo has  five Ballon d’Or awards,  the most for a European player, and is the first player to win four European Golden Shoes.

He has won 29 trophies in his career, including six league titles, five UEFA Champions Leagues, one UEFA European Championship, and one UEFA Nations League.

David Robert Joseph Beckham was  born on 2nd  May 1975. He is an English former professional footballer, the current president of Inter Miami CF and co-owner of Salford City.

He played for Manchester United, Preston North End, Real Madrid, Milan, LA Galaxy, Paris Saint-Germain and the England national team, for which he held the appearance record for an outfield player until 2016.

He is the first English player to win league titles in four countries: England, Spain, the United States and France. He retired in May 2013 after a 20-year career, during which he won 19 major trophies

Lionel Andrés Messi Cuccittini was born on 24 June 1987. He is an Argentine professional footballer who plays as a forward and captains both Spanish club Barcelona and the Argentina national team.

Often considered the best player in the world and widely regarded as one of the greatest players of all time, Messi has a record-tying five Ballon d’Or awards,  four of which he won consecutively, and a record six European Golden Shoes.

He has spent his entire professional career with Barcelona, where he has won a club-record 34 trophies, including ten La Liga titles, four UEFA Champions League titles and six Copas del Rey.

A prolific goalscorer and a creative playmaker, Messi holds the records for most goals in La Liga (419), a La Liga and European league season (50), most hat-tricks in the UEFA Champions League (8), and most assists in La Liga (169) and the Copa América (12). He has scored over  698 senior career goals for club and country.

READ RICHEST CLUBS IN THE WORLD

David Whelan   was an English former footballer. During his football career, he played for Blackburn Rovers and Crewe Alexandra.

Whelan is the former owner of Football League Championship club Wigan Athletic, having also been the chairman of the club for twenty years, before passing the position over to his grandson, David Sharpe, who eventually passed the ownership over to International Entertainment Corporation.

In July 2015, Whelan received an honorary degree from the University of Bolton, making him a Doctor of Business Administration

Number 5 of Ten Richest Football Players in the world 202

Zlatan Ibrahimović  is a Swedish professional footballer who plays as a forward for A C Milan. Primarily a striker, he is a prolific goalscorer who is best known for his technique, creativity, strength, ability in the air, and his powerful and accurate striking ability.

He is currently the third-most decorated active footballer in the world, having won 31 trophies in his career.  He has scored over 520 senior career goals for club and country

Considered one of the best players in the world, he is known for his dribbling, finishing, skill, pace, and ability to play with both feet.

Wayne Mark Rooney (born 24 October 1985) is an English professional footballer who plays for Major League Soccerclub D.C. United. He has played much of his career as a forward, and he has also been used in various midfield roles.

He is the record goalscorer for the England national team and for Manchester United. At club level, he has won every honour available in English, European, and Continental football, with the exception of the UEFA Super Cup.

Gareth Frank Bale (born 16 July 1989) is a Welsh professional footballer who plays as a winger for Spanish club Real Madrid and the Wales national team.

Renowned for his ball striking from distance, swerving free kicks, and his ability to get past defenders with pace, Bale has received plaudits from his peers, who have described him as a footballer with “tremendous speed, great crossing ability, a great left foot and exceptional physical qualities”.

Number 10 of Richest Football Player in the world

Widely considered one of the best players in the world, Hazard is known for his creativity, speed, dribbling and passing

. In his prime, Eto’o was regarded by pundits as one of the best strikers in the world, and he is regarded as one of the greatest African players of all time, winning the African Player of the Year a record four times: in 2003, 2004, 2005, and 2010.

Only time in the history of football where three players of the same team from the same academy were the top 3 candidate for ballon d’or.
Best club in the world. Have a good day.#fcblive #Barca #messi #xavi #iniesta #BallondOr pic.twitter.com/CfXGLYDuca