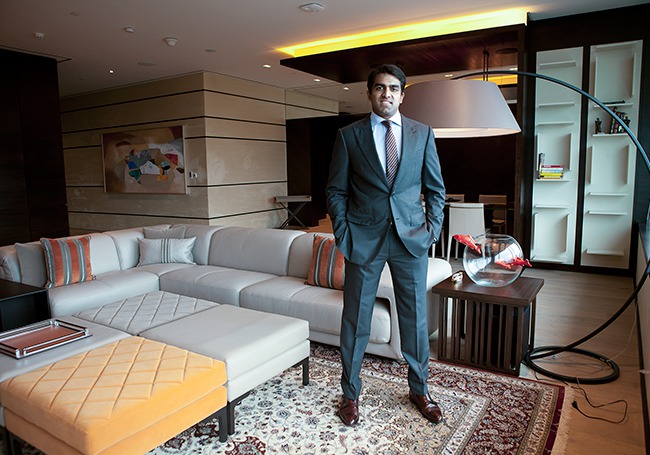 Gautam Shantilal Adani is an Indian billionaire industrialist. He is the chairman and founder of Adani Group, an Ahmedabad-based multinational conglomerate involved in port development and operations in India. Adani is also the president of Adani Foundation, which is primarily led by his wife, Priti Adani.

Mukesh Dhirubhai Ambani is an Indian billionaire industrialist. He is the chairman and managing director of Reliance Industries Ltd., a Fortune Global 500 company and India’s most valuable company by market value.

Shiv Nadar is an Indian billionaire industrialist and philanthropist. He is the founder and chairman emeritus of HCL Technologies Limited and the Shiv Nadar Foundation

Cyrus S. Poonawalla is an Indian billionaire businessman, and the chairman and managing director of the Cyrus Poonawalla Group, which includes the Serum Institute of India, an Indian biotech company which is the largest vaccine manufacturer in the world.

Cyrus Poonawalla net worth is $24.3 billion

Radhakishan Shivkishan Damani is an Indian billionaire investor, businessman and the founder of DMart. He also manages his portfolio through his Investment firm, Bright Star Investments Limited.

Lakshmi Niwas Mittal is a British steel magnate, based in the United Kingdom. He is the Executive Chairman of ArcelorMittal, the world’s largest steelmaking company, as well as Chairman of stainless steel manufacturer Aperam.

Lakshmi Mittal’s net worth is $17.9 billion

Jindal, chairperson emeritus of the O.P.Jindal group, a steel and power conglomerate named after her late husband, benefited from rising shares of group companies JSW Steel and JSW Energy, the latter up nearly four-fold since last year. Both companies are run by her Mumbai-based son Sajjan Jindal.

Savitri Jindal’s net worth is $17.7 billion

Kumar Mangalam Birla is an Indian billionaire industrialist, philanthropist, Chartered Accountant and chairman of the Aditya Birla Group, one of the largest global conglomerates in India.

Kumar Mangalamis one of the top 100 richest persons in India with a net worth of $16.5 billion

Dilip Shanghvi is an Indian billionaire businessman and one of the country’s richest people. He founded Sun Pharmaceuticals. Shanghvi’s listed Sun Pharmaceuticals is the world’s fourth-largest maker of specialty generic drugs and India’s most valuable pharma company. Sun gets two-thirds of its $4.5 billion revenue from international markets

India’s richest self-made banker, converted his finance firm into Kotak Mahindra Bank, after securing a banking license 19 years ago. Investors include the Canada Pension Plan Investment Board. Kotak, who was appointed by the government in 2018 as non-executive chairman of debt-strapped lender Infrastructure Leasing & Financial Services, stepped down this April.

Pallonji Shapoorji Mistry was an Indian-born Irish billionaire construction tycoon. He was chairman of the Shapoorji Pallonji Group and a major shareholder of India’s largest private conglomerate, Tata Group.

Pallonji Mistry net worth is $16.4 billion

Thank you for reading the list of the top 100 richest persons in India.Leve your reply in the comment below.