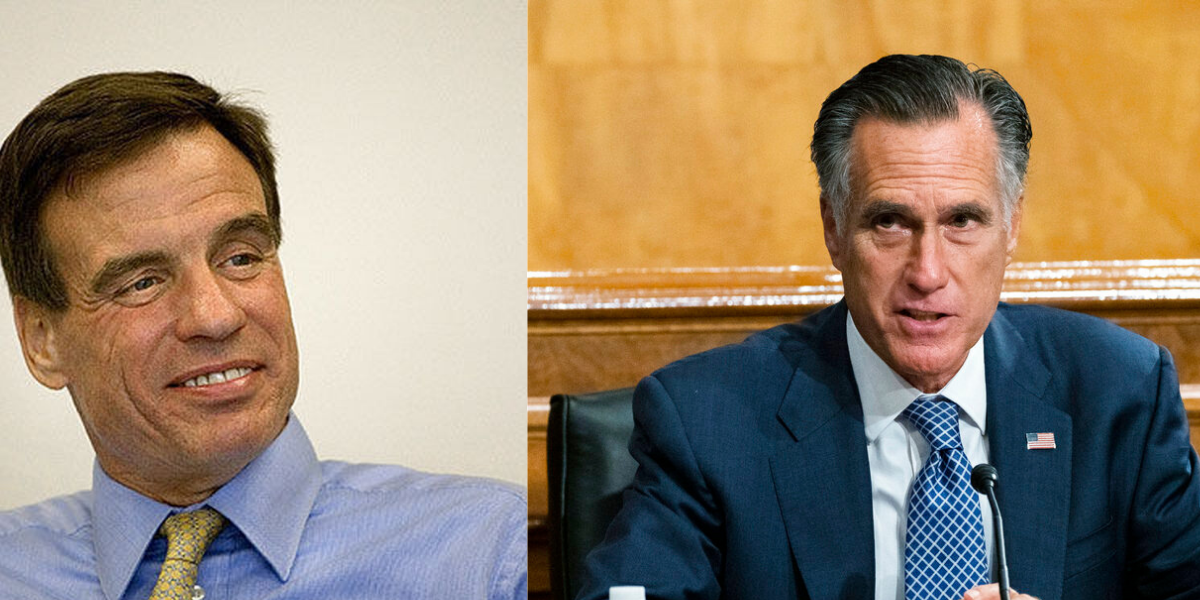 The United States has about 100 Senates, many of the senators are successful businessmen as well. In this article, we will be bringing to you the top 10 richest senators in America 2021.

The composition and powers of the Senate are established by Article One of the United States Constitution. The Senate is composed of senators, each of whom represents a single state in its entirety.

Each state is equally represented by two senators who serve staggered terms of six years. There are currently 100 senators representing the 50 states. The vice president of the United States serves as presiding officer and president of the Senate by virtue of that office, and has a vote only if the senators are equally divided.

The list of the top 10 richest senators in America 2021 is made possible because, each year, every member of the senate is made to file their financial disclosure to avoid conflict of interest.

The salary of a U.S. senator is $174,000 per annum, but senators usually make more money through other investments, the use of their high-profile status to make connections and various business dealings that help increase their wealth.

Willard Mitt Romney is the 70th senator of Massachusetts. He began his tenure in 2019.

The business career of Mitt Romney began shortly after he finished graduate school in 1975. At that time, Romney entered the management consulting industry, and in 1977 secured a position at Bain & Company. Later serving as its chief executive officer, he helped bring the company out of financial crisis.

In 1984, he co-founded and led the spin-off Bain Capital, a private equity investment firm that became highly profitable and one of the largest such firms in the nation. The fortune he earned from his business career is estimated at $190–250 million.

Warner attempted to found two unsuccessful businesses before becoming a general contractor for cellular businesses and investors. As founder and managing director of Columbia Capital, a venture capital firm, he helped found or was an early investor in a number of technology companies, including Nextel.

He co-founded Capital Cellular Corporation, and built up an estimated net worth of more than $200 million

Richard Lynn Scott is an American politician and businessman serving as the junior United States senator from Florida since 2019. A member of the Republican Party, he was the 45th governor of Florida from 2011 to 2019.

Rick Scott created a blind trust for his holdings to avoid the appearance of a conflict of interest. The holdings in question included investments in companies and funds that Scott could have had an impact on through his administration’s policies. The trust in question was managed by one of Scott’s former personal assistants from before he became governor.

Aside the the blind trust, Scott has also been invested in stocks in firms that did business with the Maduro regime in Venezuela and a shipping firm

Rick Scott is one of the top 10 richest senators in America with a net worth of $220 million.

Dianne Goldman Berman Feinstein is an American politician who serves as the senior United States Senator from California, a seat she has held since 1992. A member of the Democratic Party, she was mayor of San Francisco from 1978 to 1988.

Dianne is currently married to investor Richard Charles Blum. Her 347-page financial-disclosure statement, characterized by the San Francisco Chronicle as “nearly the size of a phone book”, claims to draw clear lines between her assets and her husband’s, with many of her assets in blind trusts.

Blum capital, a private investment firm is believed to be the main source of Dianne Feinstein’s wealth..

She is one of the top 10 richest Senators in America with a net worth of $88 million.

Richard Blumenthal is an American lawyer and politician serving as the senior United States Senator from Connecticut, a seat he has held since 2011. A member of the Democratic Party, he is one of the wealthiest members of the Senate, with a net worth over $100 million. He served as Attorney General of Connecticut from 1991 to 2011.

His family’s net worth is derived largely from his wife; the Malkins are influential real estate developers and property managers with holdings including an ownership stake in the Empire State Building.

John Henry Hoeven III is an American banker and politician serving as the senior U.S. Senator from North Dakota since 2011. A Republican, he served as the 31st governor of North Dakota from 2000 to 2010.

Before being elected governor, Hoeven was a banker who served in numerous executive roles at various banks, most notably as president of the nation’s only state-owned bank, the Bank of North Dakota, from 1993 to 2000.

He is on the board of directors at First Western Bank & Trust and has an estimated net worth of $47 million, making him one of the wealthiest U.S. Senators. He is the dean of North Dakota’s congressional delegation.

James Risch is among the wealthiest senators with an estimated fortune of $$42 million.

Ronald Harold Johnson is an American accountant, businessman, and politician serving as the senior United States Senator from Wisconsin. He is a member of the Republican Party.

In the late ’70s, the senator began employment as an accountant at PACUR, a Wisconsin-based polyester and plastics manufacturing company owned by his brother-in-law. As time passed, he moved up through the ranks, and eventually became the company’s CEO by the mid-’80s.

Majority of McConnell’s net worth is sourced from Vanguard 500 Index fund.

He is one of the richest Senators right now.

Portman’s family founded and grew a material-handling distributor company and a large portion of his wealth is in Lebanon House Inc., which owns the Golden Lamb Inn, in Ohio.

Rob Portman net worth is $11 million making him one of the top 10 richest Senators in America 2021.

Thanks for reading about the top 10 richest Senators in America 2021. Leave your reply in the comments below.

Interesting Facts About Jose Mourinho You Must Know 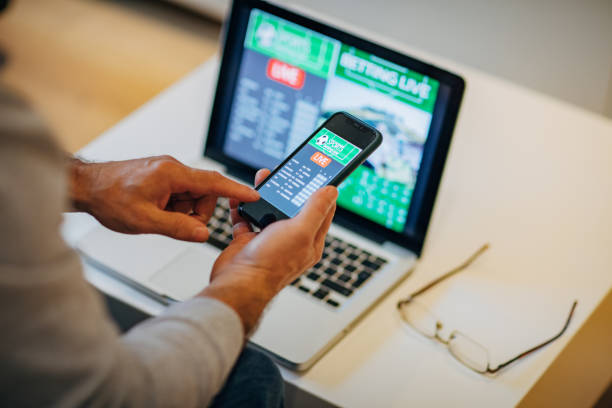 Read about the top 10 betting sites with the fastest payouts in Nigeria.

Winning a bet is the ultimate goal of every punter. However, not every betting platform will allow you to immediately get your hands on your cash after winning. If you are as impatient as myself, I bet you would want to know the betting sites with the fastest payouts in Nigeria so you would not have to wait so long after winning your bet.

There are over 50 registered betting companies in Nigeria today. Of all this number, not all the sites pay their clients on time after winning.

Sportybet tops the list of the betting sites with the fastest payouts in Nigeria. After withdrawals are made from the platform, they appear almost immediately into your accounts. The Max Payout per Bet is NGN 30,000,000.

Sportybet is one of the best betting platforms in Nigeria. It offers several batting options for punters. It also has a user friendly website and app of easy navigation and placing of bets. Sporty bet has also included several different deposit and withdrawal options for customers.

The maximum number of selections you can add to your betslip is 50, however it allows a maximum of 15 selections added to a betslip if you are playing System bets.

To withdraw your winnings, simply go to “My Account(Me)” and find the “Withdraw” button. Enter the desirable amount to withdraw and click on “Withdraw”. Your winnings will be immediately sent to your Bank account after your confirmation.

Betway is Africa’s premier online and mobile soccer betting platform. Founded in 2006, they are renowned for their user-friendly interface, easy registration process, excellent customer support and a variety of simple bet types.

Betway has worked hard to establish itself as a frontrunner in online and mobile sports betting across Africa. Through the use of easy-to-understand technology, Betway has introduced brand new ways to bet to multitudes of passionate football fans

Betway has made its way to our list of the top 10 betting sites with the fastest payouts.

Bet9ja is Nigeria’s number one betting website. Whether you are a fan of the Premier League, the online casino, virtual and racing products or simply our huge Super9ja jackpot, Bet9ja is the bookmaker for you.

Bet9ja offers reliable, secure deposit and payment methods while also guaranteeing payout of all winning bets. Integration of sophisticated livescore and statistic widgets makes checking the progress of your bets no trouble.

Bet9ja is among our list of top 10 betting sites with the fastest payouts in Nigeria.

HOW TO BET AND WIN BIG ON MSPORT

You can only withdraw the winnings to your bank account.To do this if using the desktop version, Log into your Nairabet account,click on the username on the top right corner of the screen  and select “withdraw”.

On the nairabet platform, you can only withdraw your winnings only as all deposit can only be used to place bet.

If you made a withdrawal and the withdrawal was declined and reversed to your Nairabet account, it may be that your bank is unavailable when the request was processed or part of your deposit is included in the withdrawal.

Nairabet is another one of the top 10 betting sites with the fastest payouts in Nigeria.

Among the offerings of the company’s services are sports betting, not restricted to football, hockey, cricket, tennis, basketball and more, customized state-of-the-art virtual games including the exclusive Kings’ League and Colour-Colour.

BetKing also offers agency opportunities for individuals who will come to be called Kingmakers once they sign up to deliver offline betting services to customers.

BetKing is a product of SV Gaming Limited and the birth of the brand was initiated by an evolution in strategy and the objective to offer more value to customers.

Withdrawals from Betking platform can be made into your phone or bank account without a hassle.

Wazobet is certainly the home of online Casino games with well over 2000+ games to pick from. With the increasing knowledge of the ability to play live casino games online, gamblers are certainly looking for the best platform that will give them that exact same real-life experience.

It offers one of thee best betting sites with fastest payouts in Nigeria.

Do you have any experience withdrawing funds from any of the betting platforms above? let us know in the comments section below.