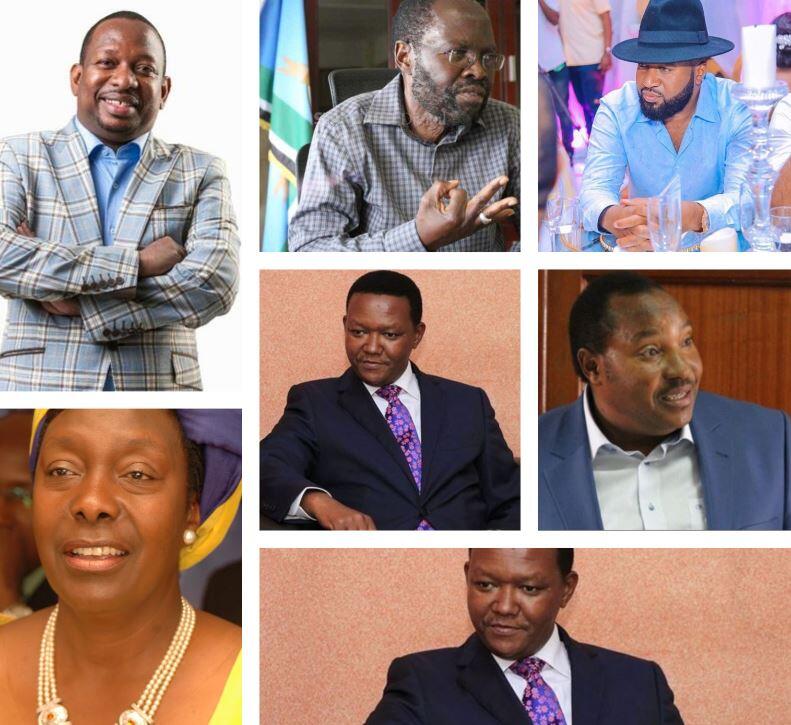 They obtained their wealth through businesses and side hustles they do apart from their profession.

It’s also true that some governors have other professions that earn them good money such as law services, medical practice and others.But, We all know that some governors took seats with nothing but after some years they are seen driving expensive machines among other valuable.

We have seen and heard about some Governors who are trapped in cases of corruption and unscrupulous use of public funds that should be used in other development matters that are more important to us.

Mike Mbuvi Sonko is currently holding the 1st position when we talks about the the richest governor today.As many of us know he is the Current governor of Nairobi county.The source of his wealth is a riddle to many Kenyans, but we all know Sonko amassed his wealth before entering this game of politics.

Sonko is believed to have a good heart by many Kenyans as he is remembered to have dedicated his first few months’ salary to help the poor in the street.Most Kenyans still remember when he claimed that he made his first Ksh.2,000,00 when he was still in high school.

His net worth is estimated to be Kshs.10 Billion.

Governor Ali Hassan Joho is a well-known businessman.He is the current Governor of Mombasa.The Mombasa County governor comes second after Mike Mbuvi Sonko interms of wealth.He has invested in various sectors such as shipping logistic, travel and tourism.He is well known for his work as a governor.

The Sultan’s estimated net worth is Kshs.7.3 Billion.

Kivuthi Kibwana is a well known Makueni County Governor.He is an believed to be an entrepreneur who has businesses that is worth millions of Shillings.

His estimated net worth is Kshs.4.9 Billion.

Wycliffe Oparanya is the current Kakamega governor, he joined politics in the year 2002.The Kakamega County governor has a vast experience in various fields such as Business, Auditing and Finance management both locally and internationally.

His estimated net worth is Kshs. 3.7 Billion.

The current Busia county governor has ever worked hand in hand with Raila Amollo Odinga, the former Kenyan prime minister.Other than his work as a governor, Ojamong has also invested in real estates.

His estimated net worth is believed to be Kshs.3.68 Billion.

DR.Alfred Mutua is the current governor of Machakos county.He served as the government spokesperson for a long time.Other than his profession, the Machakos Governor is also a businessman.

His estimated net worth is Kshs.3 Billion

Ann Waiguru is the current Kirinyaga County Governor.We all remember the corruption allegations she was involved in which saw loss of millions.Waiguru worked at the World Bank as the assistant vice president.She has a vast experience in financial matters.

Her estimated net worth is Ksh.2.87 Billion.

The Siaya county governor, Governor Cornel Rasanga Amoth once worked in the Kenyan public service.Apart from his profession he have invested heavily in procurement.

The Governor’s net worth is over Kshs.2 Billion.

As we all know the Kisumu county governor is the father to the most prominent Lupita Nyong’o.Lupita is known to be among the richest and powerful women in Africa.The governor was a lecturer at the University of Nairobi for a good number of years.He is also a professor in the political science.Nyong’o also served as professor in University of Mexico and Addis Ababa, he has also been the head of Programs at Africa Academy of Science.

His net worth is around Kshs.1.9 Billion.

Awito who is currently in position ten is currently the governor of Homabay county.Governor Cyprian Awiti is a graduate of Manchester University.He has been a marketing manager at the Siemens company.He has invested his money in the health sector.

Awiti’s net worth is estimated to be Kshs.1.8 Billion.