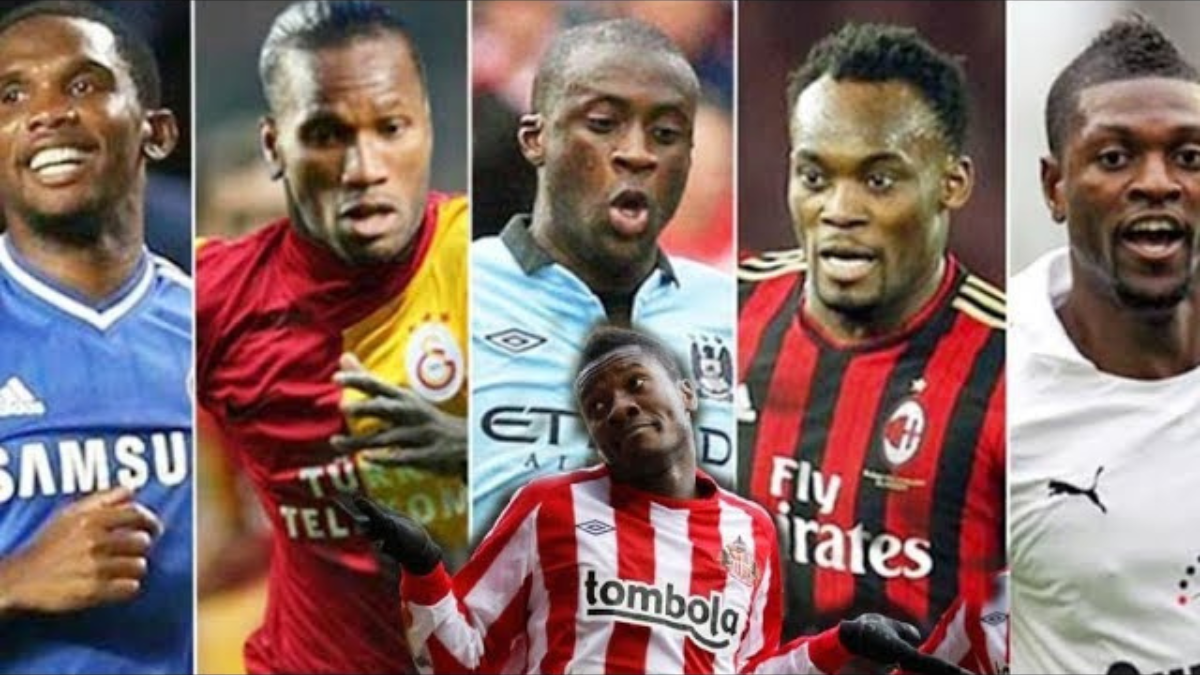 Top 10 richest footballers in Africa 2023: Football is the most popular sport in Africa. It is played in every country on the continent.

Aside its popularity, soccer is also a lucrative industry generating billions of dollars in revenue every year. Footballers in Africa over the years have cashed in a lot of income from their talents.

In this article, we will be looking at the top 10 richest footballers in Africa. The main sources of income for these footballers include their wages, endorsement deals and personal businesses.

READ MOST POPULAR SPORTS IN THE WORLD

His estimated net worth stands at US $7 Million and much of his wealth comes from the contract he signed with Anzi Makhachkala where he was paid $160,000 as weekly salary.

Born in France, this talented footballer plays for the Championship Club Aston Villa as a defender.

Suleyman Ali “Sulley” Muntari  is a Ghanaian professional footballer who plays as a central midfielder. On 31 January 2019, after six months of inactivity Muntari signed with Albacete until the end of the season He  has a total net worth is $5 million US dollars.

Seydou Keïta is a Malian former footballer. A versatile midfielder, he operated as both a central or defensive midfielder.

He most notably played for Lens (five seasons) and Barcelona (four), winning 14 titles with the latter club after signing in 2008. He started his professional career with Marseille. his estimated Net Worth is $10 Million.

John Michael Nchekwube Obinna  variously known as John Obi Mikel, John Mikel Obi or Mikel John Obi, is a Nigerian professional footballer who plays as a midfielder for Turkish club Trabzonspor. Born in Jos, he began his career with local club Plateau United, before joining Norwegian club Lyn at the age of 17 in 2004. His net worth is estimated at 30 million US dollars.

More on Richest Footballer in Africa

Asamoah Gyan is a Ghanaian professional footballer who last played as a striker for Kayserispor and is the former captain of the Ghanaian national team. He is currently a free agent. His net worth is 23 million US dollars.

Michael Kojo Essien  is a Ghanaian professional footballer who plays for Sabail in the Azerbaijan Premier League, as a midfielder. He has also been capped for the Ghana national team more than 50 times.  his net worth is 35 million US dollars.

Sheyi Emmanuel Adebayor is a Togolese professional footballer who most recently played as a striker for Turkish club İstanbul Başakşehir. He previously played for English clubs Arsenal, Manchester City, Tottenham Hotspur and Crystal Palace. He has a  net worth of about $45 Million.

Gnégnéri Yaya Touré is an Ivorian professional footballer who plays as a midfielder for China League One club Qingdao Huanghai and the Ivory Coast national team. Yaya Toure has an estimated net worth of US $70 Million

Didier Yves Drogba Tébily  is an Ivorian retired professional footballer who played as a striker.

He is best known for his career at Chelsea. He has a net worth of 90 million US dollars. He is the second of the top ten richest footballers in Africa.

Samuel Eto’o Fils is a retired Cameroonian professional footballer who played as a striker . Eto’o is the richest footballer in Africa at the moment.

Eto’o has a fashion brand that involves shirts, caps and sneakers in a premium line of clothing targeted at a global audience. The brand is named ‘Samuel Eto’o 9’, and the main focus of the fashion line is menswear.

The clothes are designed and manufactured in Turkey, and an initial shipment was produced and released into the local market in February.

Also, he owns a mobile telephone company called as ‘Eto’o Telecom’, which runs in Cameroon with the ambition of providing job and business opportunities for locals and to encourage other footballers and wealthy Cameroonians abroad to come home and invest.