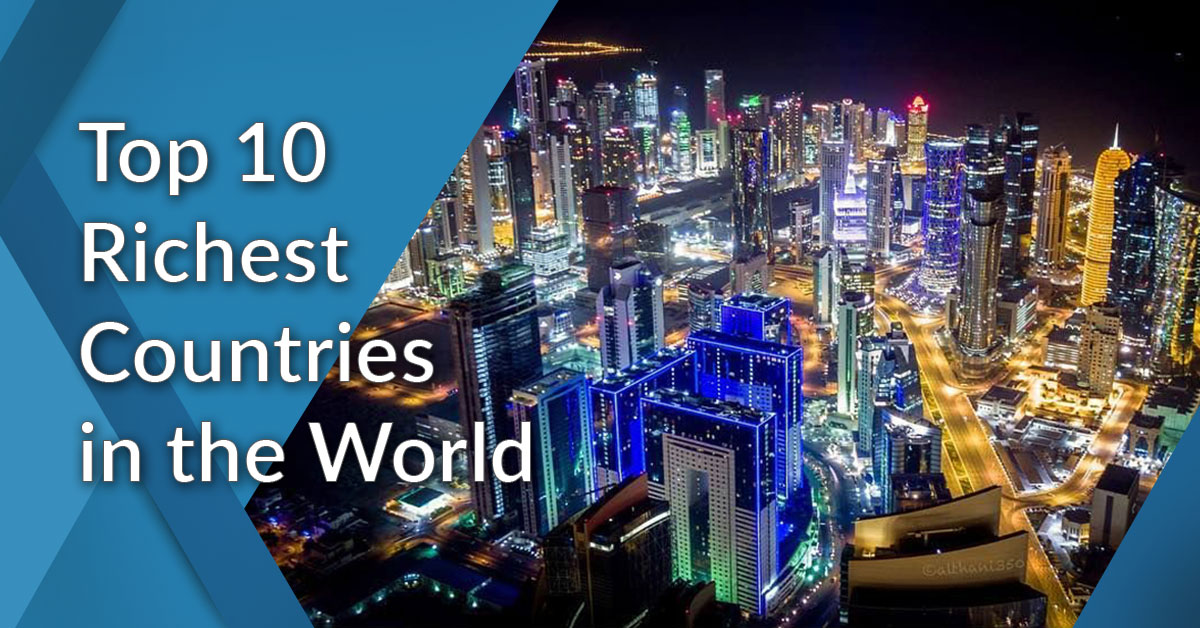 Glusea brings to you the top 10 richest countries in the world 2023. By looking at the GDP per capita, or gross domestic product per capita, of each country around the globe, it is possible to rank countries based on wealth and then compare them to each other. From there, you can determine which states are wealthiest and then list the countries in descending order, from richest to poorest.

Location is a major player in the overall wealth of a country. For example, developing countries do not rank very well when GDP is the variable in consideration. If access to certain items and necessities is restricted, people are already working with a substantial disadvantage. Places that are not war-stricken or already burdened with a less-than-ideal economy are not set up to do well in the competition of gross domestic products between countries.

More on Top 10 Richest Countries in the World

This is why, when looking at the list of the wealthiest countries in the world, you’ll find that places where trade or massive production is the primary source of income rank higher on the list. The poorer countries are less involved in global trading, and they are more independent in the sense that their direct involvement in international affairs is lesser than the wealthier nations. This is because money and power are so naturally interwoven, contributing to the overall wealth and GDP of a country.