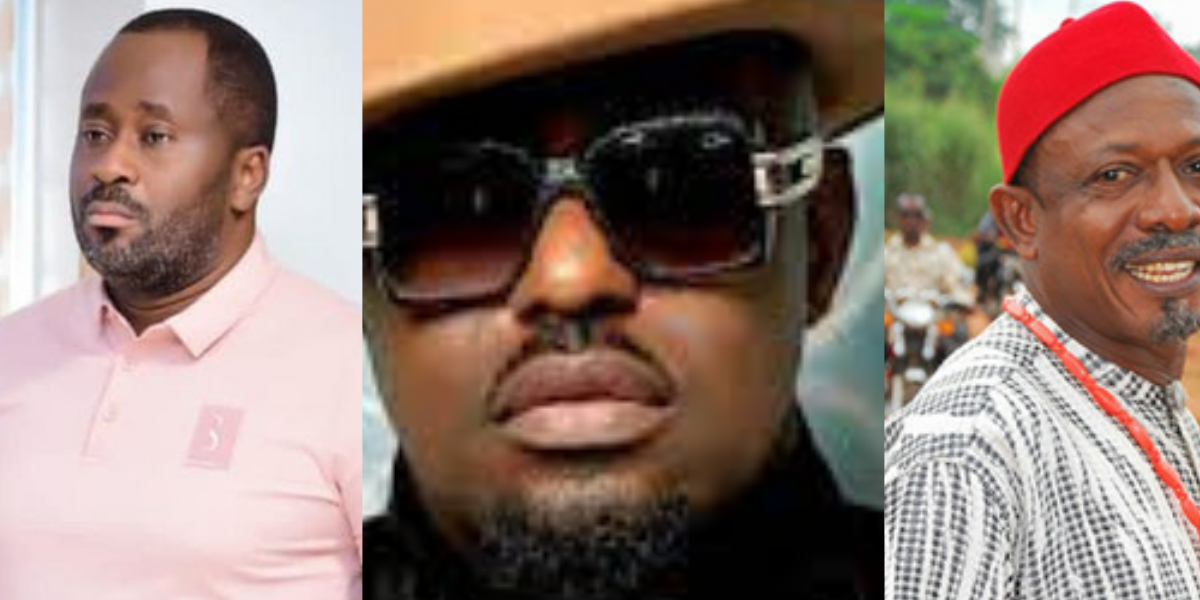 While most of the actors in the list of Top 10 richest actors in Nigeria 2023 are best at acting, they have sufficed their net worth by either being successful businessmen or in the case of Desmond Elliot being a politician as well.

The Nigerian film industry, also known as Nollywood, produces about 50 movies per week, second only to India’s Bollywood—more than Hollywood in the United States. Although its revenues are not on par with Bollywood’s and Hollywood’s, Nollywood still generates an impressive $590 million annually.

Even though the Nigerian movie industry does not pay as much as the Hollywood and others, Actors who have starred in numerous movies turn to make a lot of fortune for themselves.

take a look at the full details of Nollywood’s wealthiest movie stars.

Desmond Elliot is a Nigerian actor, director, and politician. Desmond Elliot  is one of Nollywood‘s leading actors, having appeared in over two hundred films including Men Who Cheat, Yahoo Millionaire and Atlanta. For perfection at the craft, Elliot has received several awards and accolades.

Richard Eyimofe Evans Mofe-Damijo popularly known as RMD, is a Nigerian actor, writer, producer, and lawyer. He is also a former Commissioner for Culture and Tourism in Delta State.

As an actor, Damijo has starred in several award winning films including; scores to settle, Out of bounds, castle and castle, love is war, God calling, among others.

Being one of the best actors in Nollywood, Damijo at the maiden edition of the African Movie Academy Awards Mofe-Damijo won the award for Best Actor in a Leading Role.

In his political career, Mofe-Damijo was appointed as the Special Adviser of Culture and Tourism to the then Governor Emmanuel Uduaghan in 2008, then became the commissioner for the Culture and Tourism of Delta State, Nigeria in 2009. His tenure ended in 2015.

Richard Mfe-Damijo net worth is $10 million and he is one of the top 10 richest actors in Nigeria 2023 .

Jim Iyke began acting in 2001. He’s known to be one of the highest paid actors in Nollywood, and has appeared in over One hundred and fifty(150) films.

He produced a first album, titled “Who Am I?” featuring some of Nigeria’s top musicians such as TuFace Idibia, and Sound Sultan.

Jim Iyke as of 2021 was the most searched actor in Nigeria. He currently has a fortune of $9 million and ranks among the richest actors in Nigeria 2023 .

Chidi Mokeme has acted in more than 200 Nollywood blockbuster movies. Some of the movies he has acted include Abuja Connection, Critical Condition, His Excellency, Fire Dancer, His Majesty, and many more.

Aside from acting, Chidi Mokeme is also working as a television reality host, a movie producer and a film director. He is currently the host of Gulder Ultimate Search, an annual TV Reality Show. He is also a brand ambassador for GLO and MTN.

Chidi Mokeme is among the wealthiest Nollywood movie stars with a whooping fortune of $8 million.

If you were to ask Zubby Michael who the richest actor in Nigeria is, He would readily name himself. According to the outspoken movie star, he has made a lot of fortune through his talent in acting.

Among the numerous successful movies starred by the talented actor includes; Dying of Thirst, Blood Feud, Audio Money, A Thousand War, Seed of Deception, Enemy of Progress, Yahoo King, The Return of Eze Ndi Ala, Pains of the Orphan, Youngest Wife

Currently, Zubby Michael has a net worth of $6 million making him one of the top 10 richest actors in Nigeria

Segun started out professionally as a singer and an actor. It was singing that first shot him into prominence, and that was after the release of his debut album, Dream, which was not particularly a commercial success.

He started his acting career in Ilorin. Outside acting, Segun also is an actor coach and currently works with prestigious African international film festival passing his knowledge on to the next generation of actors,

Segun has starred in many movies. Among them includes; Women in Love, Darkest Night, Extra time, just to mention but a few.

Segun Arinze net worth is $5.1 million making him one of the wealthiest actors in Nollywood.

Kenneth Okonkwo is one of the best Nollywood actors. He has starred in several movies since beginning his career way back in 1992 in a movie titled; living in bondage.

Okonkwo has enjoyed a successful acting career that has lasted for close to three decades now. He is among the pioneers of the Nollywood industry. The talented actor has witnessed the various transitions in the movie industry.

Kenneth Okonkwo net worth is currently estimated at $5 million making him one of the top 10 richest actors in Nigeria.

Ramsey Nouah is a Nigerian actor and director. Ramsey Nouah started acting in the early 90s because he needed money for his General Certificate Education (GCE).

Nouah’s acting career kicked off when he starred in the Nigerian TV soap opera Fortunes. He has since appeared in numerous films starring as the lead role, and has been called “Lover-Boy” for his numerous roles in romantic films.

Nouah is considered to be one of the most sought-after actors in Nigeria. In 2015, he protected the rights to Living in Bondage: Breaking Free from Kenneth Nnebue for a possible remake to be filmed in Europe, America, and Nigeria.

He won the Africa Movie Academy Award for Best Actor in a Leading Role in 2010 for his performance in the movie “The Figurine“.

Ramsey Nouah net worth is currently estimated at $5 million making him one of the top 10 richest actors in Nigeria.

Nkem Owoh is a Nigerian actor and comedian. He is a winner of the prestigious African Movie Academy Award for Best Actor in a Leading Role for his role in the Nigerian movie “Stronger than Pain”

Owoh broke into the industry with the movie Osuofia in London in 2003. He has since starred in several award winning movies and has now established himself as one of the richest actors in Nigeria.

His latest movies include; My Village People, Lion heart, Kpali, Ghana must Go, among others.

Mike is from Uzoakoli in Abia State, Nigeria. He was born on September 21, 1981 in Lagos.

Ezuruonye started his career as a banker but would later resign and become an actor. He has starred in several movies since he began acting. Mike is one of the best Nollywood actors and has been nominated for Best Actor in a Leading Role for his performance in the movie “The Assassin” at the Africa Movie Academy Awards in 2009. and a nomination for Best Actor in Africa Magic Viewers Choice Awards.

Currently Mike Euruonye net worth is $4.5 million and he is one of the top 10 richest actors in Nigeria .

Thank you for reading about the top 10 richest actors in Nigeria. Leave your thoughts in the comments below, lets discuss.