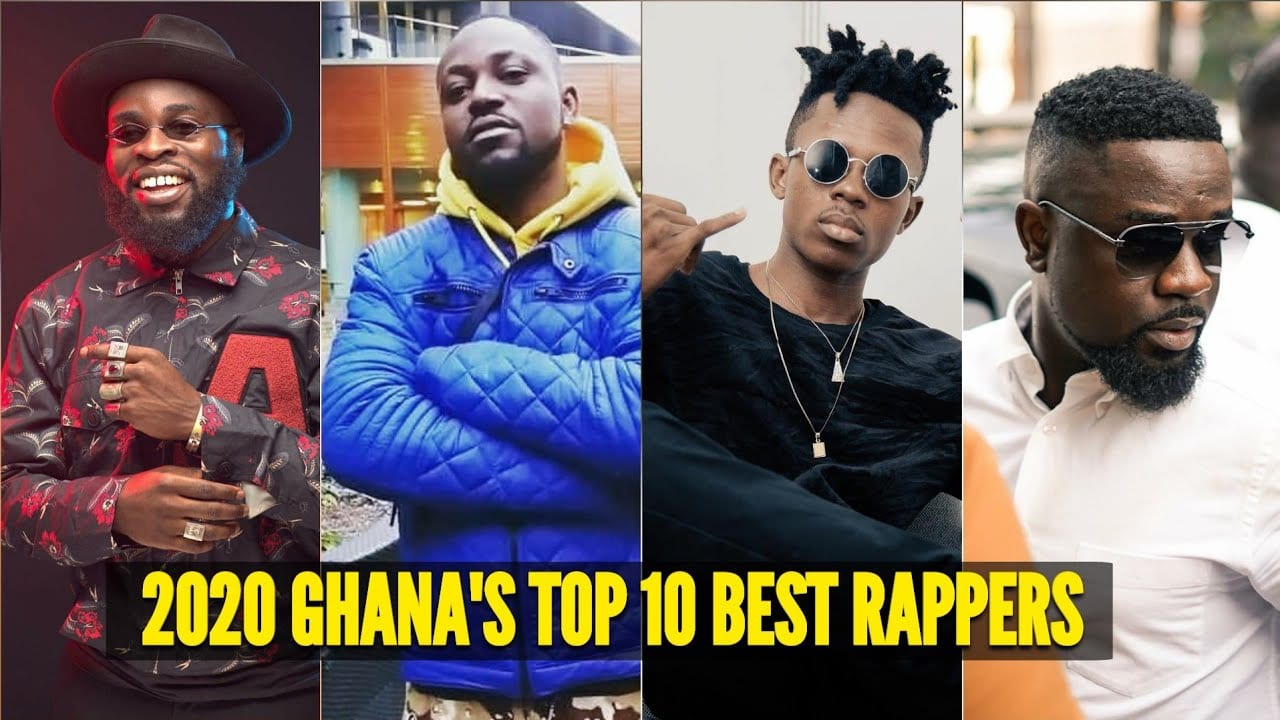 who are the top 10 rappers in Ghana?

Rap music in Ghana has been around for a while now. It’s one of the most competitive music genres. Rap music is also the most marketed music genre, not only in Ghana but in the world at large. A list of the best musicians in the world such as Jay Z, Kanye West, Cardi B, Nicki Minaj are all rappers. Keep reading to find out the list of the top 10 rappers in Ghana.

Information for ranking the top 10 rappers in Ghana was sourced from Chartsafrica.com, Spotify and Youtube.

Taking the spot is Elom Adablah (EL). The Efa Wo Ho Ben hitmaker is one of the prolific rappers in Ghana. E.L has released several singles including “Obuu Mo”, “Kaalu”, “One Ghana”, “Auntie Martha”, “Shelele”, “Mi Naa Bo Po”, “Koko” and “KaaBuAme”, “See me Sometimes”, “Abaa” and “Pay Like a Boss”.

Joey B has collaborated with artists such as Sarkodie, EL, Fuse ODG, Edem, and many others. His latest singles; too hot, hard-knocks, affection, far away, are all receiving massive attention on music streaming portals. He has had 101k streams on Spotify so far. Joey B is undeniably one of the best rappers in Ghana for the year.

Oseikrom star, Flow king Stone started the year with best rapper nomination by 3 music awards 2020 but lost out to Sarkodie. He has had 57 k streams on Spotify and an average of 10k YouTube views for songs released in 2020.

Kofi Mole has 15k Spotify streams and an average 15k YouTube views. some of his hit single includes

He was first noted at the maiden edition of the 2012 “Next Big Thing in GH Hip Hop” Talent Hunt Show. He released his debut single, The Warning, in 2014 featuring Sarkodie. Teephlow has since released several hit songs including; Dues, Honeymoon, Weather No, Shine,Ash3daa, Riding, Phlowducation, Money

AMG Medikal, has 40k Spotify streams. Medikal has made a name for himself in the music industry through hard work and his numerous collaboration with successful artists. Apart from is nominations in 2017, he won the best discovery video in the MTN 4Syte Video Award in 2016.

“Grind Day hitmaker Kwesi Arthur is one of the most-streamed Ghanaian musician with about 205k on Spotify in 2020. Kwesi Arthur has collaborated with numerous Ghanaian musicians, including Sarkodie, Medikal, KiDi, Jason E LA, Nasty C, R2Bees, B4bonah, M.anifest, EL, Stonebwoy, Shatta Wale. He was nominated for Best International Act at the 2018 BET Awards.

Osei Kwaku Vincent also known as Strongman or Strongman Burner or Strong Gee is a Ghanaian rapper. He was recognized for winning the maiden edition of the Next Big Thing in GH Rap music which was a rap competition in Ghana

The rapper was born on February 10, 1993. The musician was born and raised in Buokrom, in the Ashanti Region of Ghana. His mother is known as Adwoa Ashia

M.anifest is the son of Ghanaian lawyer and academician Tsatsu Tsikata and Reverend Dr. Priscilla Naana Nketia, a lawyer and pastor. M. anifest has 54k Spotify streams and an average of 560k Youtube views in 2020 so far.

Sarkodie has 275k streams on Spotify and an average of 514k views on Youtube in 2020 so far. He recently won the best rap performance award at #Music awards 202 and 4 other honors. Sarkodie is still keeping his position as the most awarded artiste in Ghana.