HomeTop ListTop 10 Most Beautiful Countries in the World 2023 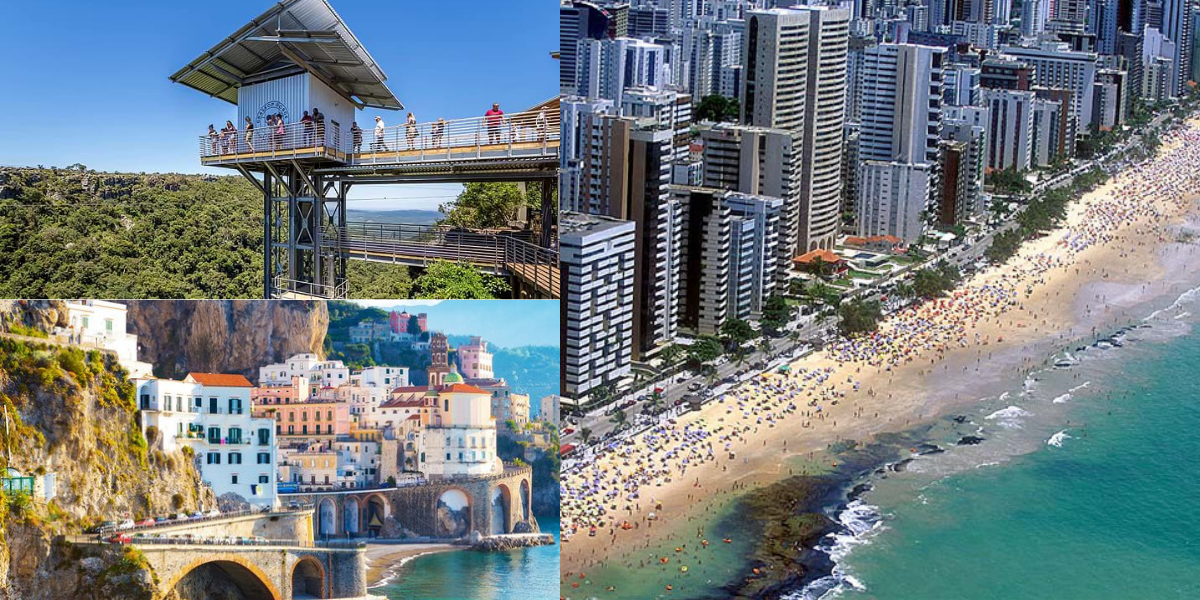 Glusea brings to you the top 10 most beautiful countries in the world 2023. Read on to find out.

The World is full of beautiful of many beautiful places however, some countries seem to have a larger share of the blessing than others. From stunning coastlines to lush jungles and towering mountain tops, these countries together makeup the top 10 most beautiful countries in the world. Read the full list here.

The list was compiled using several factors such as the landscape, tourist attractions, ecosystem, beautiful buildings and more. Read through and dont forget to mention your country n the comment section.

Top 10 Most Beautiful Countries in the world

Italy is by far the world’s most beautiful country. It has the most inspiring cultural treasures and magnificent scenery.

Italy’s ancient architecture and history has given it the best look. The impressive beaches, beautiful cities, delicious delicacies and a welcoming environment are some of the things that makes Italy standout on the list of most beautiful countries in the world.

Italy is especially impressive as it has such a range of natural beauty and human-built beauty that spans across time and history.

Not just the landscape, Italy also has some of the most beautiful women in the world.

New Zealand has one of the best ecosystems in the world. The snowy mountains, beautiful beaches, evergreen landscape gives the country a nice look.

The Fiordland National Park is full of wildlife, waterfalls, and impressive natural scenery, while the Tongariro National Park has remarkable volcanic features.

Canada repeatedly is lauded as one of the world’s most livable countries. The cultural influence, entrepreneurship, economic influence and most importantly, quality of life of the people make Canada a want-to-go-to place for most people.

United States of America is 3.8 million square miles (9.8 million square kilometers), it is the world’s third- or fourth-largest country by total area. The country has a huge space of landscape and ecosystems. Talk about the best beaches, nice cities, lovely people and United states comes to mind first.

From an urban perspective, there are a number of impressive buildings, bustling cities and quaint towns which add to the beauty of this great country.

The United States has one of the strongest currencies in the world, talking about the US dollar

Iceland is made up of a diverse landscape that includes glaciers, geothermal hot springs, spectacular ice caves, stunning waterfalls, and black sand beaches.

Its incredibly diverse landscape is what makes travelers so intrigued with this Nordic island nation and it is easily one of the most beautiful places on earth.

Iceland is famous for being called the Land of Fire and Ice because of its volcanoes and glaciers. It is dotted with natural wonders such as The Blue Lagoon and Dettifoss Waterfall. Iceland is also known for its rich cultural history, Norse mythology, folklore etc

South Africa has unsurpassed wildlife and mountains, whales and waterfalls, architecture and antiquity, the world’s most beautiful city, and the world’s most stunning Spring, plus a host of natural treasures.

The amazing mountains, heaps of lakes and beautiful villages make for the most beautiful scenery in Switzerland. These landscapes are considered to be what makes Switzerland the perfect destination for vacationing and exploring new cultures. The high-peak Alps and mountains make up to 62% of the country’s territory.

Tucked away in the Alps, Switzerland is easily one of the most beautiful countries in the world, no matter when you’re visiting. Come wintertime though, it becomes a veritable wonderland, with powdery ski slopes and frozen lakes galore.

According to Conde Nast, Brazil also ranks as the most beautiful country in the world for its biodiversity, the “greatest in the world”.

Famous for its love of dancing, fun, festivals, and football, Brazil is one of those bucket list countries most want to visit in their lifetime. It’s a unique land known for its firsts and originality and is home to the world-famous Rio Carnival, Samba, Capoeira, and of course Caipirinha

Costa Rica is known for its incredible national parks, where tourists can enjoy some thrilling activities like river rafting, canyoning, cave tubing, and zip lining. It’s also one of the best places for animal lovers to discover some interesting wildlife like macaws, sea turtles, and adorable sloths.

The Central American country is pristine in all its majesty. Much of the extraordinary beauty is due to the rainforest and the rainy season, which keeps everything flourishing and spectacular year-round.

India might just be the most colorful country in the world. It’s a land of otherworldly landscapes for travel – from stunning lakes and endless rolling plains to the snow-capped Himalayas in the north. It’s also home to wild festivals, romantic mausoleums and some of the most hectic cities in the world.

It also has an extensive coastline along the Indian Ocean, including some stunning beaches. Scenic green tea plantations Darjeeling and Assam, as well as lush lagoons and mountain-backed lakes make for beautiful scenes. Additionally, there are any number of impressive animal species that call India home, from elephants to tigers, to buffalos and monkeys.

The beautiful landscape and scenery in India makes it one of the top 10 most beautiful countries in the world.

Thanks for Reading about the Top 10 most beautiful countries in the world 2023. Leave your thoughts in the comments below. Lets discuss.