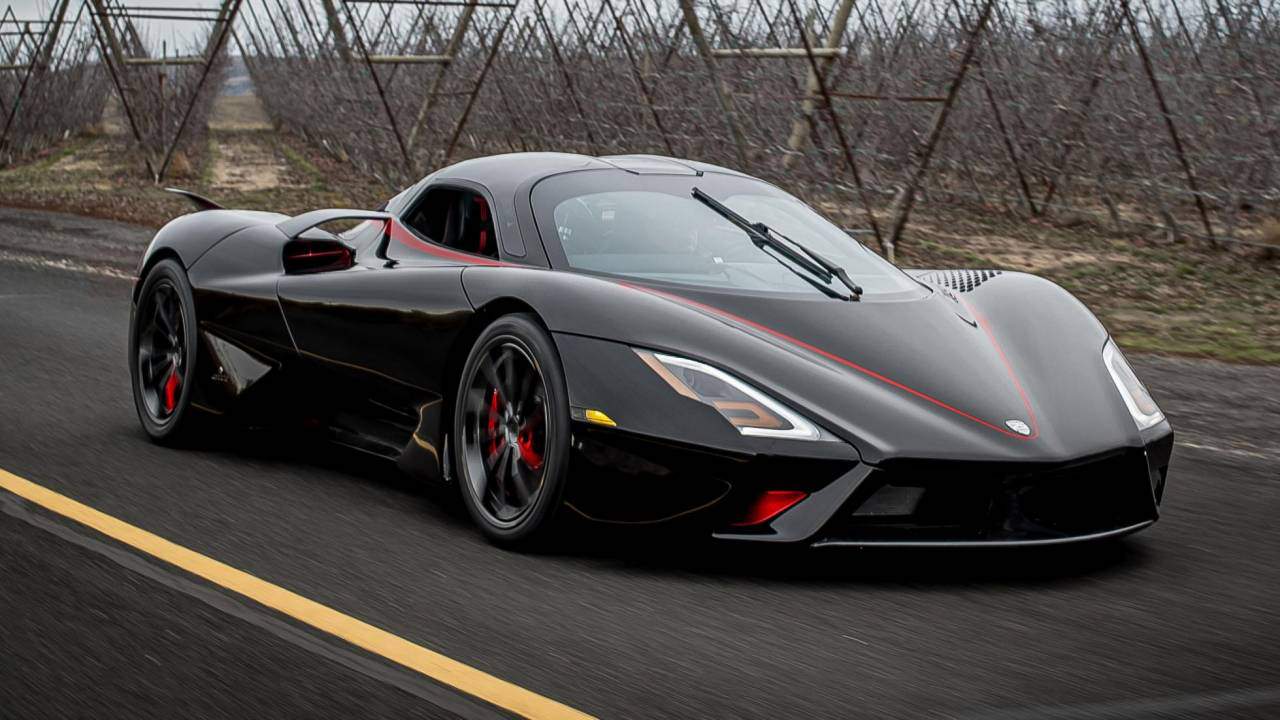 There is no such fulfilling thing than driving the fastest car in the world. It’s a title that manufacturers have vied over for decades. The records have inched their way upwards as cars have gotten sleeker and lighter and speedier.

Not only are auto manufacturers using the finest materials and most meticulous measurements and techniques, but they’re also partnering up with aerospace industries and innovating new engines with every updated production vehicle.

Read through as we bring to you the top 10 fastest cars in the world.

We sourced information from Luxe.digital , Automobilemag.com an other online sources to write this article

Top 10 Fastest Cars in the world

The Tesla Roadster is an all-electricbattery-powered four-seater sports carconcept made by Tesla, Inc. Tesla has said it will be capable of 0 to 60 mph (0 to 97 km/h) in 1.9 seconds, which is quicker than any street legalproduction car to date at its announcement in November 2017. The Roadster is the successor to Tesla’s first production car, which was the 2008 Roadster.

Musk, Tesla CEO said in a tweet that higher-performance trim levels will be available beyond the base specifications, including a SpaceX package which would “include ~10 small rocket thrusters arranged seamlessly around car” which would supposedly allow the car dramatic improvements in “acceleration, top speed, braking & cornering”, and even the ability to fly.

The McLaren Speedtail is a limited-production hybrid sports car manufactured by McLaren Automotive. This car is the fourth addition in the McLaren Ultimate Series, after the Senna, the P1, and the F1. The car is also part of the 18 new cars or derivatives that McLaren will launch as part of its Track22 business plan. The Speedtail was unveiled on October 26, 2018.

Slated for release in February 2020, the car recharges while driving.

The Speedtail is powered by a modified M840T from the 720S and a hybrid powertrain to generate 1,036 hp (773 kW; 1,050 PS). The Speedtail uses a carbon fibremonocoque, with the passenger seats integrated into the chassis, as well as dihedral doors like other McLaren models.

The Rimac C Two, stylized as C_Two, is a semi-autonomous all-electric sports car designed and manufactured by the Croatian automotive manufacturer Rimac Automobili. Unveiled at the 2018 Geneva Motor Show, it is the automaker’s second car after the Rimac Concept One and is described as a significant technological leap, dubbed “a car alive with technology”.

Rimac plans to produce 150 vehicles and is currently in the process of homologation for the global market. The first deliveries are expected to take place in 2020. The C_Two was sold out almost three weeks after its launch. The C Two is manufactured in the same factory and at the same rate (of roughly 1 per week) as the Pininfarina Battista, which is based on the same platform

Black Car is a supercar GT of luxury of the car manufacturer French Bugatti . Presented at the 2019 Geneva International Motor Show, this unique model is based on the Chiron, which pays tribute to the Bugatti Type 57 SC Atlantic produced in four copies, one of which, the black 57 Atlantic, disappeared between Molsheim and Bordeaux and n ‘has never been found.

One of the most expensive and fastest cars in the world, it was sold for 11 million euros excluding taxes

The Koenigsegg Agera is a mid-engine sports car produced by Swedish car manufacturer Koenigsegg. It is a successor to the CCX/CCXR.

Read Most Expensive Car in the world

The Hennessey Venom F5 is an upcoming high-performance sports car manufactured by the American vehicle-manufacturing company Hennessey Special Vehicles which was established in 2017. Hennessey has contracted with Delta Motorsport of Silverstone, England for the development of the vehicle, which will be the company’s first all new proprietary vehicle as an accredited titled manufacturer. Delta Motorsport also produced all of the previous generation Venom GT cars for Hennessey at its facility in England.

The Bugatti Chiron is a mid-engine two-seater sports car developed and manufactured in Molsheim, France by French automobile manufacturer Bugatti Automobiles S.A.S.. The successor to the Bugatti Veyron, the Chiron was first shown at the Geneva Motor Show on 1 March 2016. The car is based on the Bugatti Vision Gran Turismo concept car.

The car is named after the Monegasque driver Louis Chiron. The car shares the name with the 1999 Bugatti 18/3 Chiron concept car.

The Jesko is primarily built as a high-performance track car, with focus on high aerodynamic downforce and more precise handling. Koenigsegg’s other current production model, the Regera, is designed as a grand touring-oriented offering.

The Devel Sixteen, named for the V16 engine shoehorned into a lengthened mid-engined set up, has declared it will not only achieve this milestone speed, but smash it to pieces by hitting 350mph – that’s almost 100mph faster than the original Bugatti Veyron reached at 253mph.

According to their website, the Devel Sixteen was first conceptualised back in 2006 – very shortly after the Veyron came into being in 2005, which no doubt proved to be a major source of inspiration and a target to beat.